The 45-year-old suspect was identified as Colby Atkins. The sheriff’s office says Atkins was in a stolen vehicle and had multiple active arrest warrants at the time of the shooting.

A call was first made about Atkins being in a car in a South Valley shopping center and later turned into a deadly shooting dangerously close to two schools.

“I keep telling my family like I wanna move out of Albuquerque like this is ridiculous. I don’t want my kids to be raised in this,” said Holly Avitia, who works in the South Valley.

BCSO had blocks of Isleta closed for hours Tuesday afternoon during the beginning of this investigation. 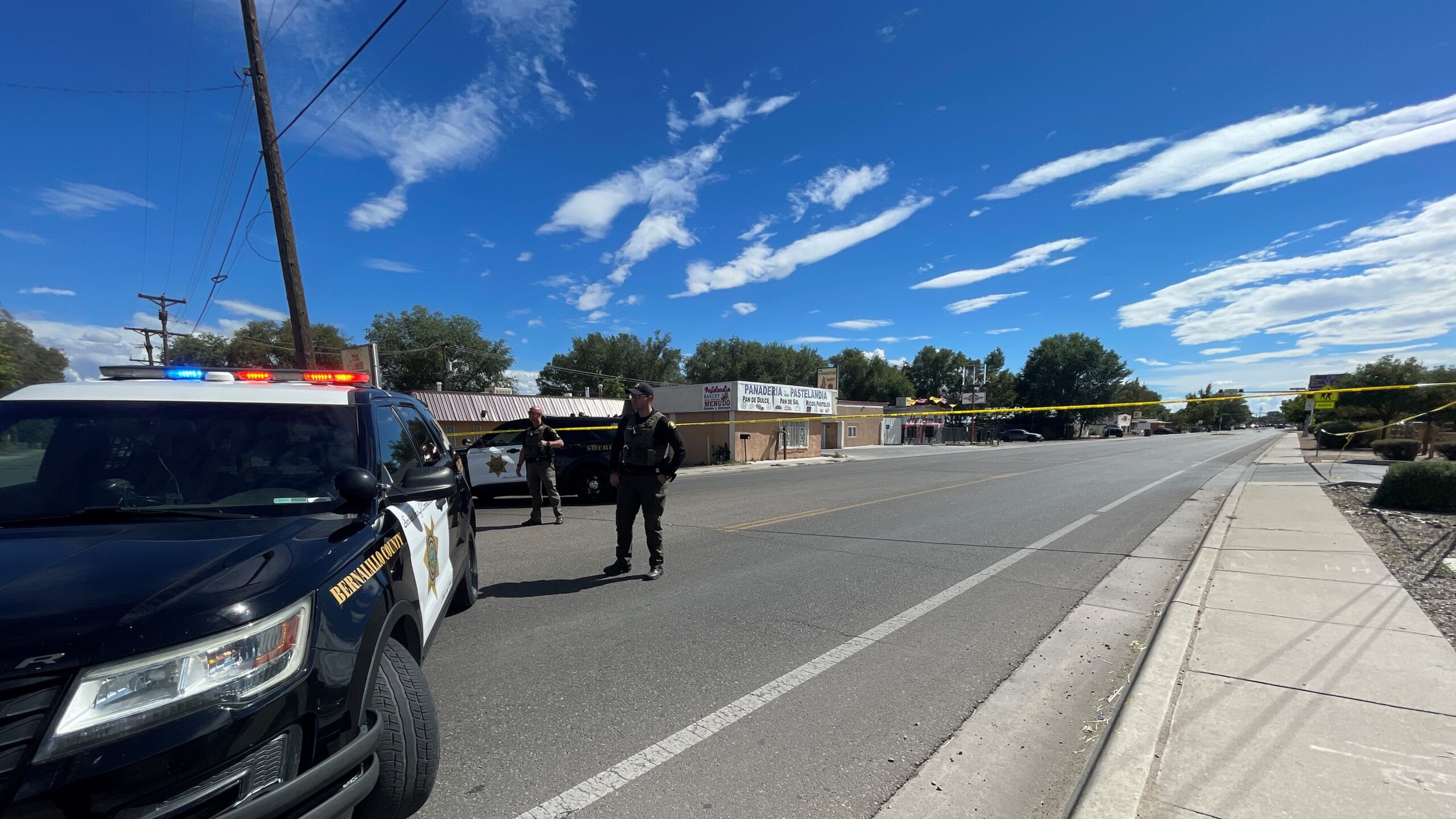 “I just heard 10 to 11 gunshots one right after each other,” said Sonja St. John.

The pursuit ended at Isleta and Camino de Valle when Atkins allegedly crashed into two other cars.

Deputies say the suspect didn’t listen to commands, and an “unknown confrontation” lead to at least one deputy firing shots.

Atkins died at the intersection.

Two schools went into a shelter in place for hours — leaving some parents anxiously waiting for an explanation.

There are still other questions about how many deputies fired their weapons, and if Atkins was armed. Deputies say he was released from prison in 2020 after serving a prison sentence for federal charges. He had been facing charges for allegedly stealing a vehicle in March.