Bear captured after roaming through West Side neighborhood

BERNALILLO COUNTY, N.M. – This Monday morning was anything but another start to the week for folks in one West Side neighborhood.

Out in Paradise Hills, people can see the occasional coyote, rabbit, or roadrunner, but a bear?

“As I was running, I saw a giant black figure which looked bigger than a dog, sure enough, it was a bear,” said Melisa Marquez.

So Marquez called APD and found out she wasn’t the only one to spot the visitor. Down the road, Gerald Hudson also saw the bear who seemed to be interested in his neighbor’s apple tree.

“It was pretty exciting actually he’s a beautiful animal. Wish we could just keep him back there and treat him as a pet, but that just doesn’t work,” said Hudson. 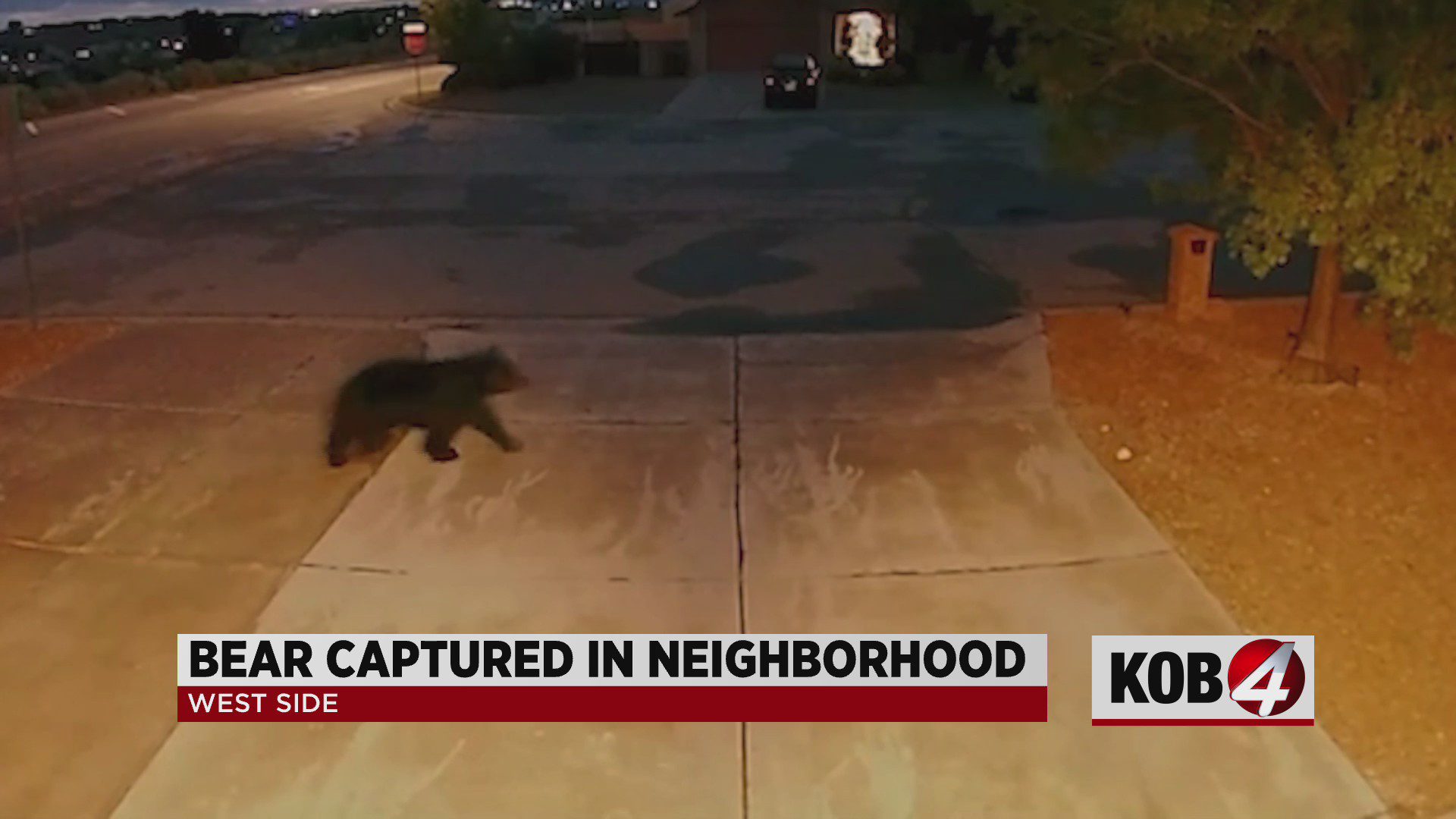 The New Mexico Game and Fish warden showed up at Hudson’s place soon after and shot the bear with a tranquilizer dart.

Everyone tried as best they could to give the bear a soft landing, so they put some cushions down below the bear to help soften the fall.

“Nobody wanted the bear to get hurt, but we took a blanket out of the garage and put it on the fence and when he came out of the tree. The truth is he hit the blanket first and then he hit the cushions,” said Hudson.

Everyone KOB 4 spoke with seemed to have this same reaction.

“Oh, it was crazy! I can’t believe a bear was there,” said Joel Marquez.