BELEN, N.M. – Big Mike’s Burgers and More in Belen went outside the box with their people’s choice recipe at this year’s state fair and the risk paid off. Now, the hype is spreading more than they expected.

“Here every day six days a week I can’t complain, I love it,” said Michael Montano.

But he wasn’t always calling the shots in the kitchen.

At this point he has burger building down to a science. 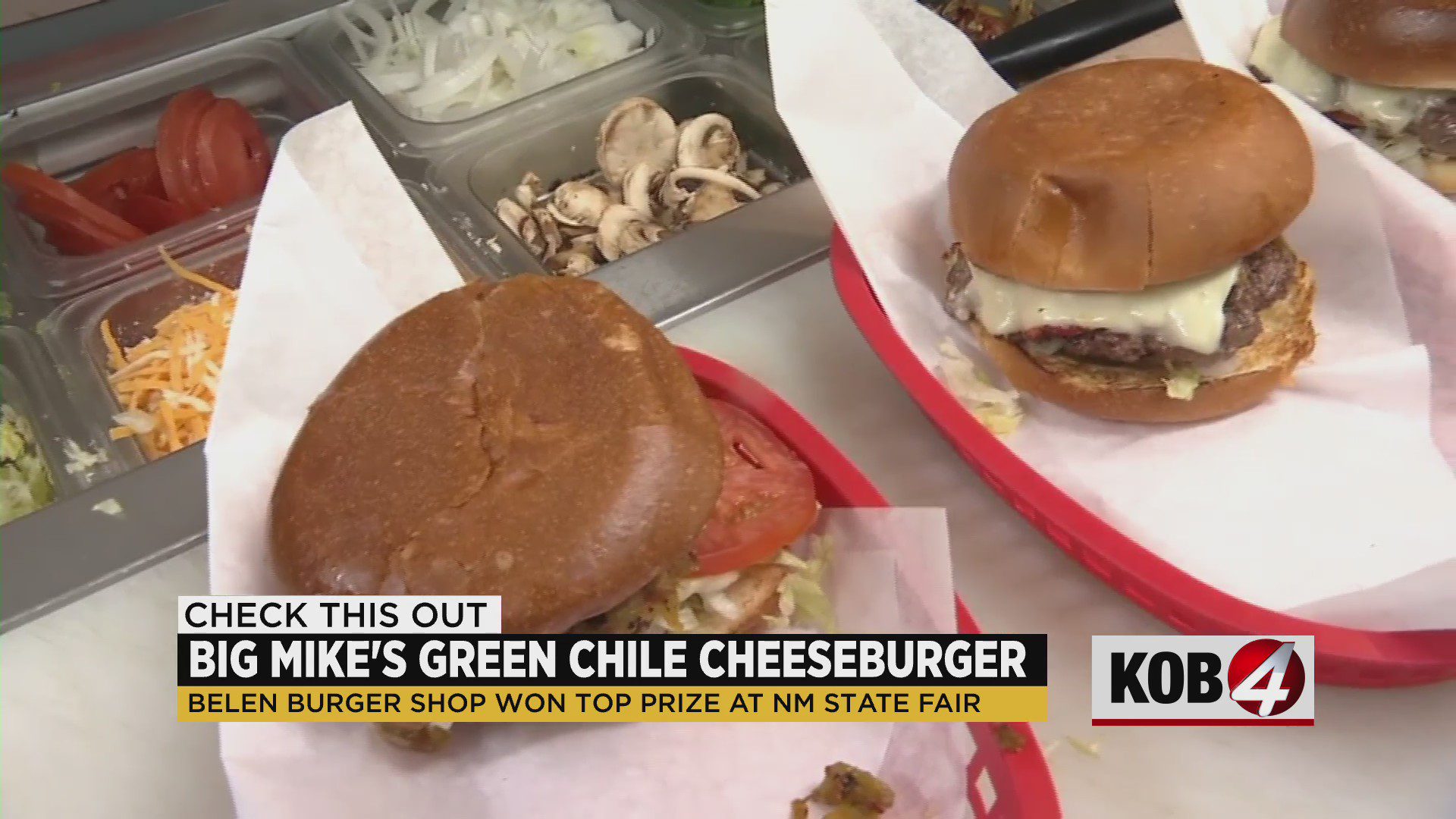 “Hand pressed, cooked fresh to order, we use our special blend of seasoning that we mix up together, and season our chile a certain way and that’s what people like,” Montano said.

Big Mike’s Burgers and More took home the People’s Choice award during this year’s green chile cheeseburger challenge at the New Mexico State Fair. The winning burger was a take on their taco burger dressed with red chile and served in hard taco shells.

“Kinda cooks special. We would always eat it as a snack and it came as an idea to me one day and ‘people have to try this.’ That’s what we took with us and it’s a good flavor combo,” said Montano. “We’ve been working really hard and it’s nice to bring something back to Valencia County.”

And people haven’t hesitated to come give it a try.

“We heard they won the peoples choice at the fair and that’s why we’re here and we’ll be back.”

“The green chile is great, and the hamburger is fabulous, and we like everything.”

Montano says he wouldn’t have it any other way.