He’s been in MDC since April when he was arrested on multiple felony charges.

“It’ll break you down just because you’re just sitting there in your cell kind of like an animal for 24 hours at a time.” 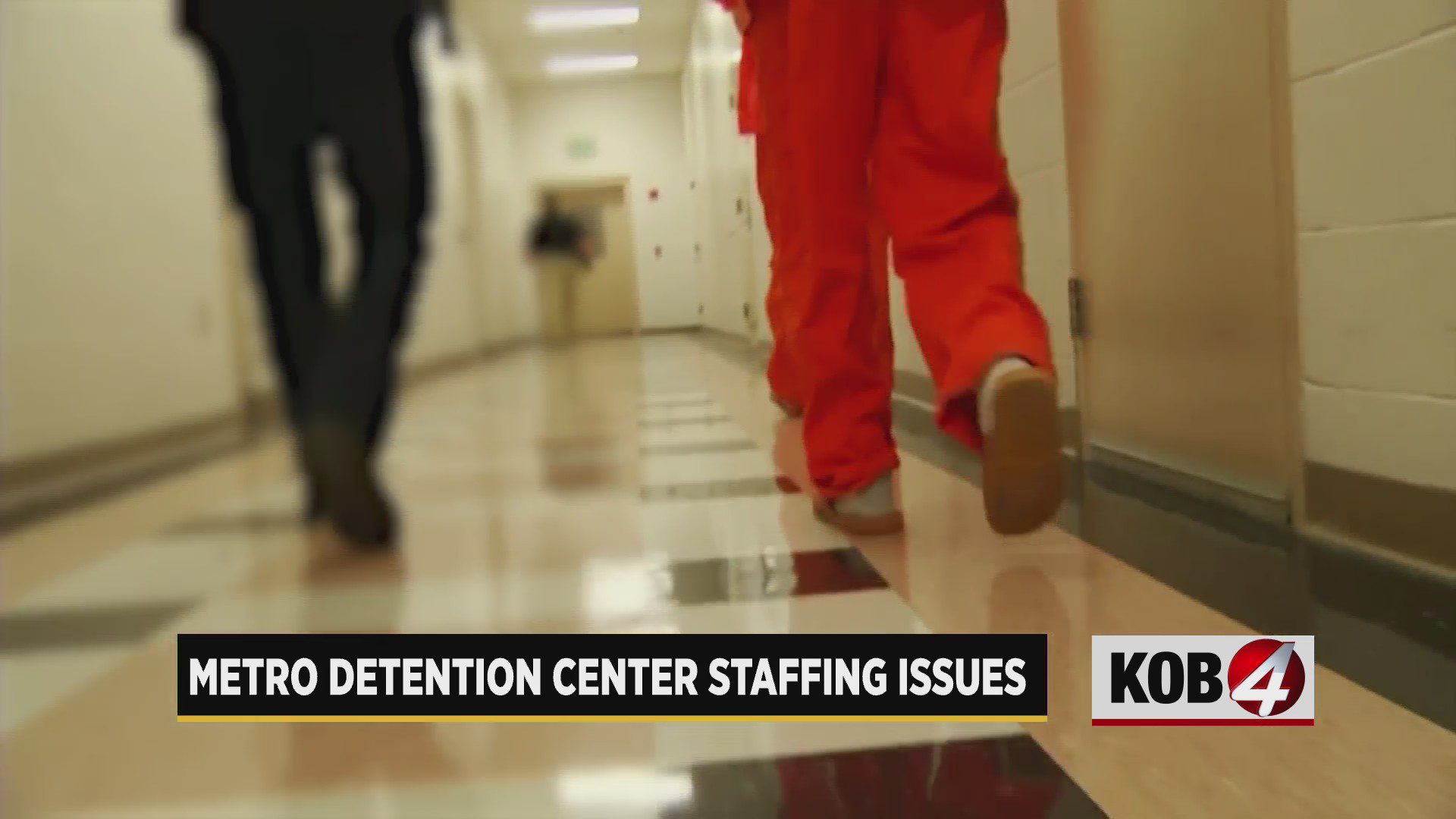 He says he and the 63 other inmates in his pod spend most of their day in their cells, but also sees officers stretching themselves too thin in order to cover shifts.

“Whenever we get attorney visits, they don’t let us out of our cells to talk to them on the video call because they don’t have anyone to stay in the unit to watch us,” he said. “This weekend the captain himself and the sergeant had to pass out lunch and everything, come do the rounds because they didn’t have no one to do it, and they’re not even supposed to work on the weekends.”

Bernalillo County commissioners approved an order Tuesday night to tackle these issues over two years and get the jail close to fully staffed.

“That is 80% of the allotted spots for security staff,” said one representative. “Back when the facility was closer to this rate, we did not have the issues we’re experiencing now.”

The goal is to hire 13 full-time officers in 6 months, and 111 total within the two-year span.

“As we get more officers on, we will naturally increase retention because the officers won’t be burned out and leave due to mandatory overtime,” said one representative.

The order also implements rules for tracking the time general inmates are out of their cells and improving cell call buttons.

“I hope that I can say we are committed to addressing staffing and other issues so incarcerated people and their loved ones have access to the things they need as well as our staff,” said commissioner Adriann Barboa.

MDC sent a general statement in response to the inmate’s claims, saying:

“Being understaffed makes it very difficult to man the facility, which impacts the operations, correction officer workload, morale, additional stressors, and care of the inmate population.”

No one mentioned Tuesday night why MDC is experiencing the shortage.