ALBUQUERQUE, N.M. — At a meeting Tuesday, Bernalillo County commissioners voted to ban both open fires and fireworks this summer.

New Mexico has seen so many fires across the state, and it’s not even officially fire season yet. With a long and hot summer ahead, local governments are working to prevent future fires.

Bernalillo County will declare “extreme drought conditions,” therefore banning the use of open fires and campfires in the unincorporated areas of the county.

The banning of fireworks for the summer, is not a new topic of discussion – in fact, last month, New Mexico Gov. Michelle Lujan Grisham called on local governments to pass bans just like this.

“I will be asking every local government to think about ways to ban sales of fireworks and for all those local businesses that depend on that, what we learned in the pandemic is state and local governments have some interesting flexibility to make businesses whole,” Lujan Grisham said. 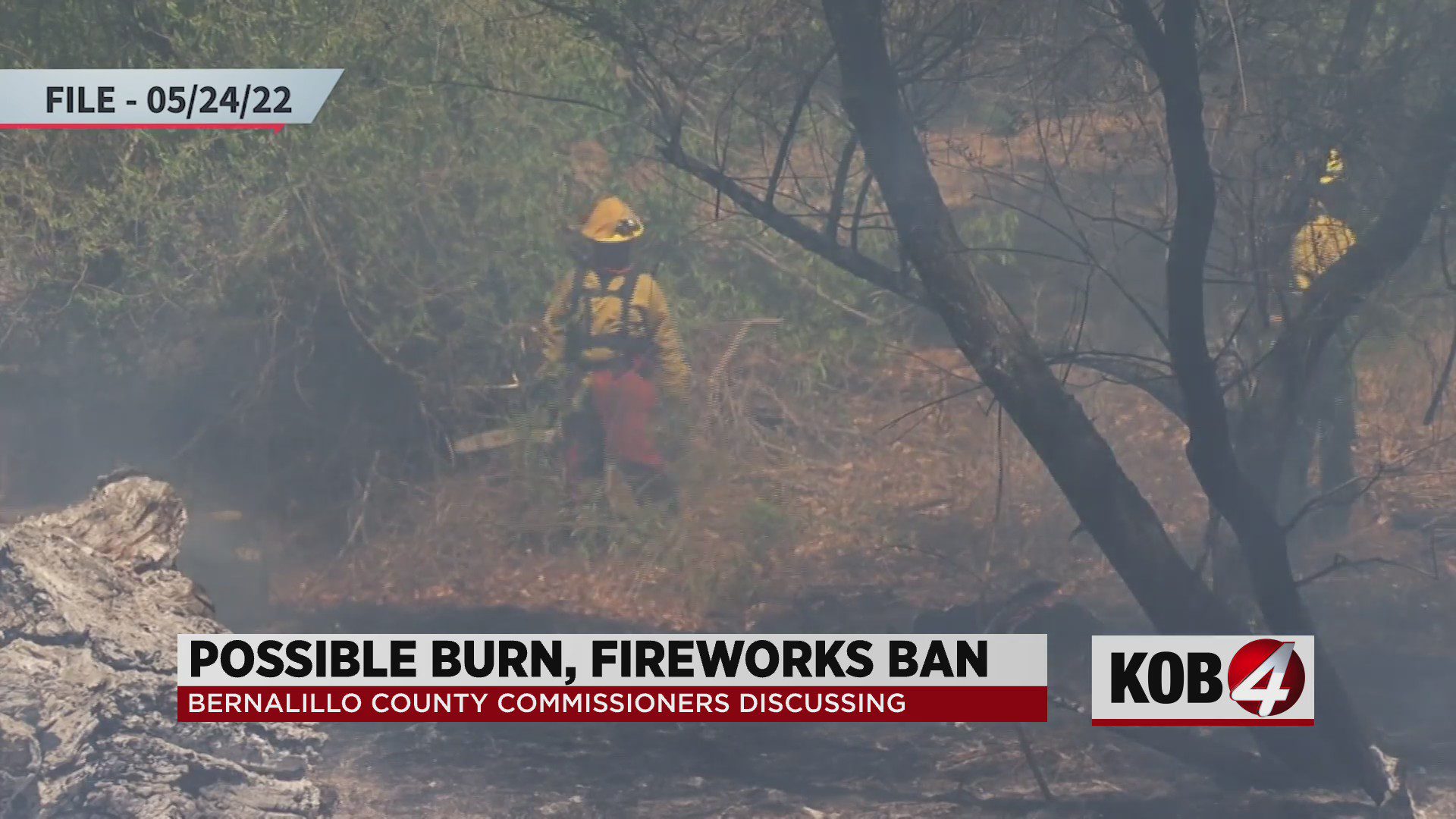 The governor’s call to ban fireworks came down in April. As governor, she said she does not have the power to fully ban firework sales herself.