ALBUQUERQUE, N.M. – Over the past several months there has been a litany of problems inside the Metropolitan Detention Center as it loses correctional officers. Staffing levels are critical and the county now wants to plug that leak.

Last month, the county wanted to hire 13 more officers, and improve procedures for letting inmates out of their cells.

But for some corrections officers, it really comes down to what they’re being paid – which is why the county is now hoping to turn things around with pay raises.

An inmate at the West Side facility shared with KOB 4 what he experienced at the jail just last month. 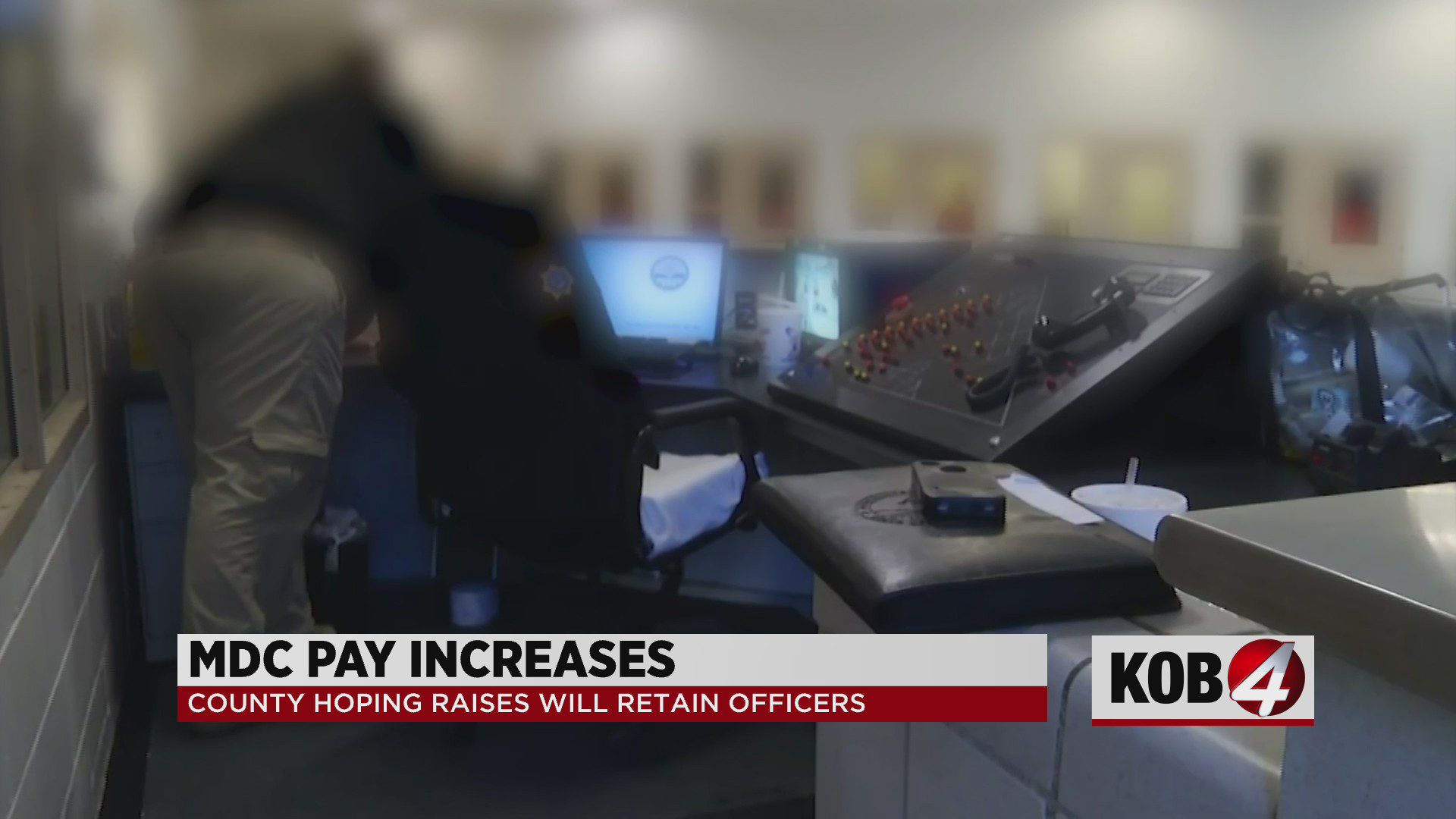 Inmates and MDC staff have complained about staffing shortages for months.

On Tuesday, the county announced a new agreement with the Correctional Officers Union that will hopefully increase recruitment and improve retention.

“We are committed to addressing staffing and other issues,” said Adriann Barboa, Bernalillo County commissioner.

The pay increases come three weeks after county commissioners voted to tackle staffing issues at MDC over two years and get the jail close to fully staffed.

The president of the Corrections Officers Union said in a statement:

“Hopefully the things we’ve done… will help us to get some new people in the door and relieve our officers from the overtime and the workloads that they’ve been under.”