SANTA FE, N.M. – During a visit with New Mexico state leaders, President Joe Biden announced the federal government will cover 100% of the cost associated with the Calf Canyon/Hermits Peak Fire.

It’s what so many New Mexicans wanted to know for months now. Would the federal government take full responsibility for the Calf Canyon/Hermits Peak Fire – the largest and most destructive in state history?

The answer is yes. Biden made it clear the federal government would cover all costs associated with the Calf Canyon/Hermits Peak Fire, telling Gov. Michelle Lujan Grisham FEMA would be here as long as it takes.

But even that promise may not be enough assurance for the thousands of people who left their homes behind, especially the ones who returned to nothing. 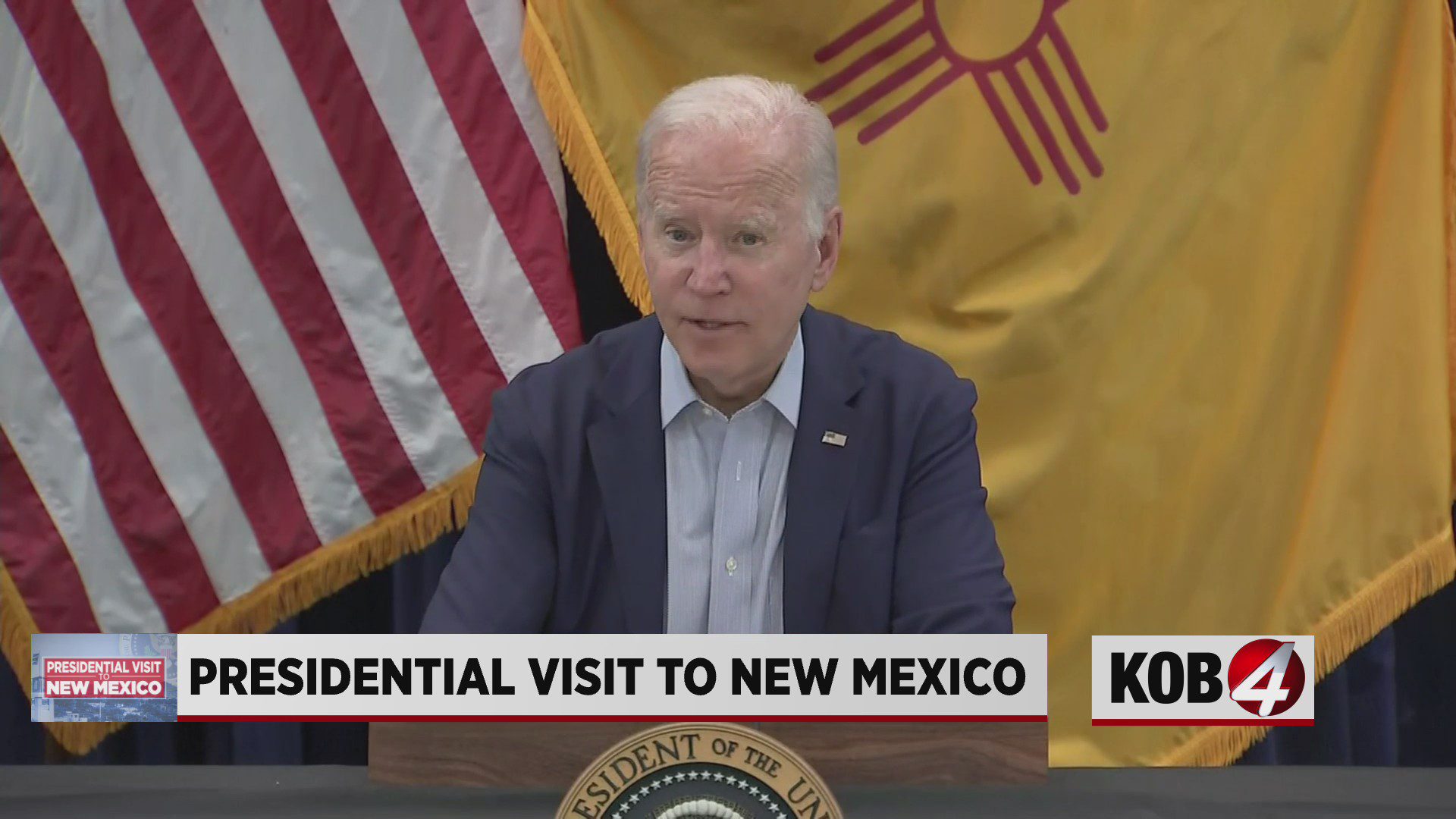 Police closed big stretches of Interstate 25 for the presidential motorcade, and people can expect those to be completely reopened shortly.