SOUTH VALLEY, N.M. – The brother of Fabian Gonzales is accused of shooting and killing a man Monday in the South Valley.

“On arrival, they observed a male with a gunshot wound who was deceased, and he was located near a pickup truck,” said BCSO Public Information Officer Deputy Felicia Maggard.

Joseph told authorities he yelled at a man – who was allegedly speeding – and the driver turned around, got out of the vehicle and the two argued.

Deputies say Joseph fired a warning shot and the driver ran back to his car, but Joseph thought he was grabbing a weapon, and shot him three times. 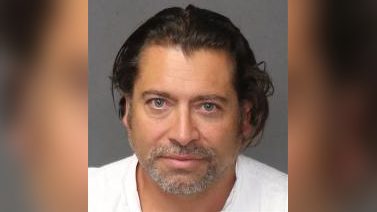 Police identified the driver as Abner Antillion and, according to the criminal complaint, found he had no weapons in his pickup.

Joseph is now charged with murder.

“I can tell you that he does have multiple arrests that I’m able to view within the MDC system,” said Maggard.

According to documents, Joseph pleaded no contest to battery on a household member in 2010.

Then, in March of this year, he was charged with battery after getting into a fistfight with a tow yard owner, but that case was dismissed.

Joseph also recently testified in the trial of his brother. Earlier this month, Fabian was found guilty of all charges related to his role in the August 2016 murder of Victoria Martens.