ALBUQUERQUE, N.M. — A 24-acre brush fire east of Albuquerque, named the Sixty-Six Fire, is now 60% containment after it began burning on both sides of I-40 in Carnuel around 5:11 p.m. Thursday.

All evacuations were lifted Friday morning and residents were cleared to return home. All roads were reopened Friday night.

At the last update, officials said firefighters were able to stop the flames from continuing to the south of Route 66 and the fire has died down on both sides of I-40. On Thursday evening, BCSO was dropping water and fire retardant to support crews on the ground, but the winds became too strong.

On Friday morning, crews finished mopping up hot spots on the Sandias, to the north of I-40. 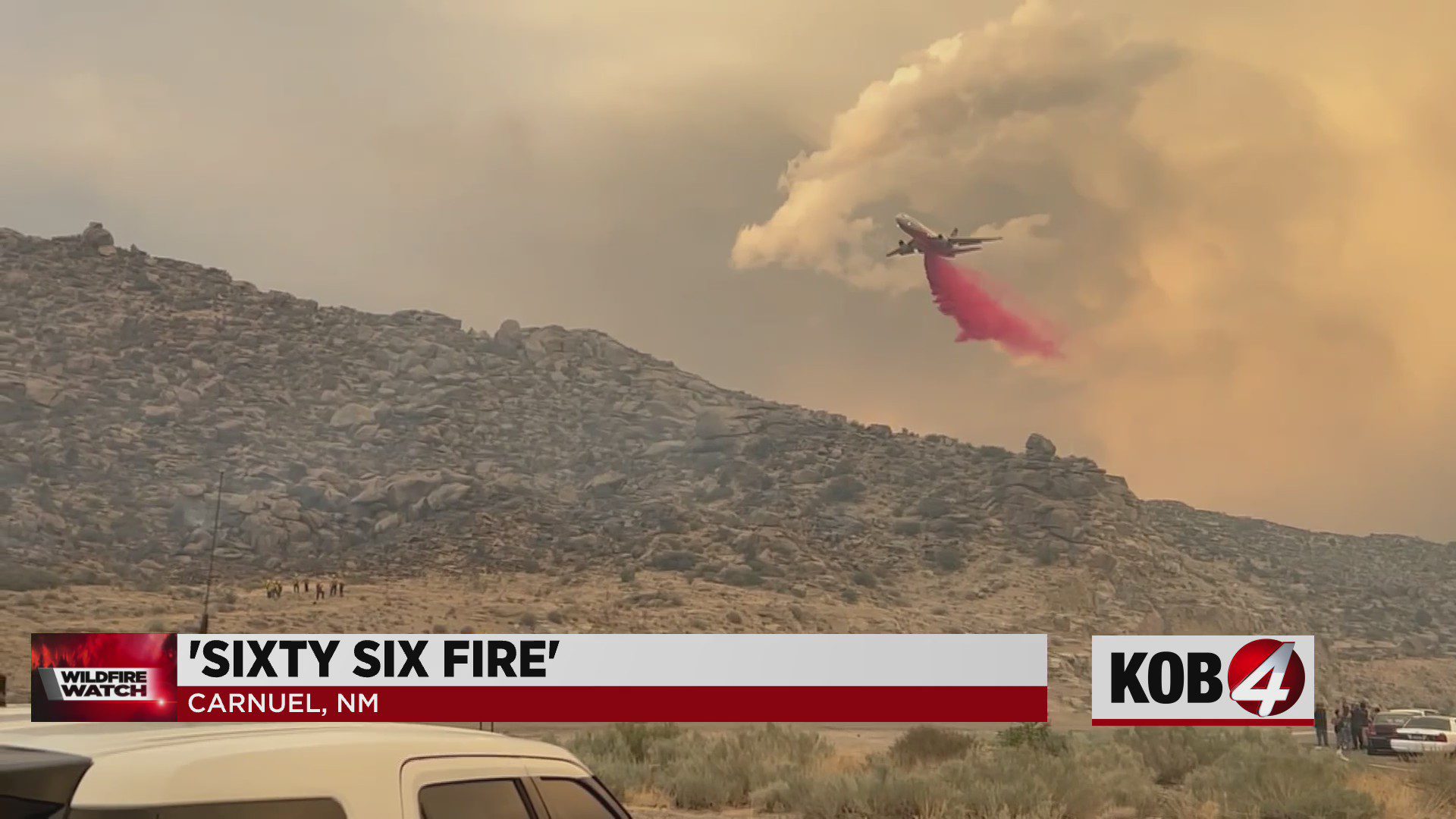 The efforts were not without issue as authorities say one driver ignored police barricades and drove a reported 90 MPH through a road blocked off for fire crews.

“Unfortunately, we had an individual who decided they didn’t want to abide by the barricades or the closure. They did drive around a barricade and proceeded into a critical area where we had fire resources and personnel on the freeway,” said BCSO Capt. Nicholas Huffmyer, the east area commander. “It’s closed for a reason and I can’t even begin to express just how dangerous that was and just how selfish a decision that was for that motorist.”

The cause of the fire is still under investigation. Crews have not reported any injuries, but two homes were lost.

A health alert was issued for the City of Albuquerque and Bernalillo County, due to the smoke.

Monitors around the Albuquerque metro are showing readings in the moderate category for particulate levels Friday morning. Forecast models are predicting the particulate levels will drop rapidly and likely fall into the good air quality category within a couple of hours.

As of this morning I-40 is open in both directions. Route 66(NM 333) is closed at Carnuel near the area of the fire. All evacuations from last night have been lifted and residents are cleared to return home.

#TrafficAlert All Eastbound and Westbound lanes are reopened on I-40 from Tramway to Tijeras. NM Highway 333 (Route 66) is now closed in both directions from Central Ave to Carnuel. PNM is restoring power in the are. Avoid the are please. https://t.co/KUefX5Aaem

Here’s how things look at the Carnuel exit. If you are heading W on I-40 it is down to one lane. You can head E on I-40. State police have Route 66 blocked off just after 5 this morning. pic.twitter.com/o1sYaBTxxr