Carol Suzuki, a UNM law professor, said the federal government may be liable in civil court. She said it’s possible that the families of the victims might bring wrongful death lawsuits against the U.S. government.

Suzuki believes the families may have a case, but there would be a lot to prove. It would be a complicated process.

“So, the claim might be that the prescribed burns started by the U.S. Forest Service caused wildfires, which caused the loss of significant vegetation and a lot of ash, which was not able to absorb all the moisture from the heavy rain,” she said. “Flash flooding is one result from the lack of ability of the burn scar to hold the water from the rains. Then the families would claim that the flash flooding caused the deaths of the individuals.” 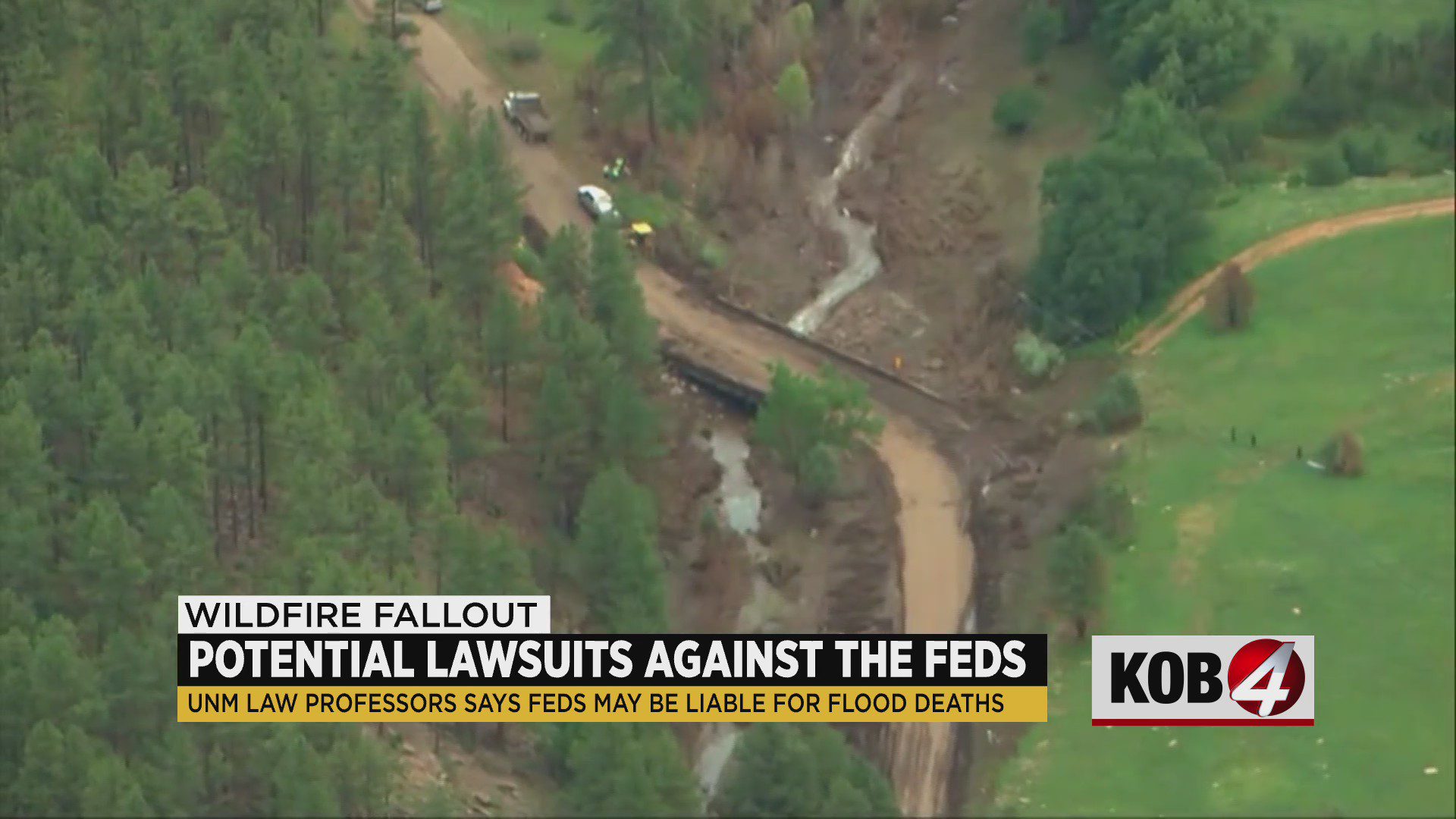 Suzuki said it would be a challenge to link all of the events, but it would be necessary to prove if the families do pursue wrongful death lawsuits.

She said there would also be other questions, like if the flooding would have happened anyway. Or is someone else responsible for the land or roads or watershed – for the conditions that led to how disastrous the flooding has been?

The government could also claim it cannot be sued for this.

In theory, it would fall under the Federal Tort Claims Act, which is basically legislation that allows private citizens to get compensated for things like injury, death or property loss caused by federal employees.