BLOOMFIELD, N.M. – Summer break is coming to an end and in just a few days thousands of students will be returning to classrooms in the Four Corners. But students in the Bloomfield District will be starting school a little later because of the state-wide bus driver shortage.

“Two bus drivers retiring last year and during the COVID episode that we were dealing with, many of our bus drivers weren’t comfortable driving the bus with the COVID outbreaks, so we lost them through that,” said Dr. Kim Mizell, Bloomfield School District Superintendent

Mizell said that set the district back seven drivers, leaving five to pick up the slack.

“We struggled all last year with routes, we doubled up on routes with the bus drivers to try to get the students to school. However, it caused a delay in drop off and pick up time, therefore we had to look at options this year,” said Mizell.

So they chose was to delay the start of school. 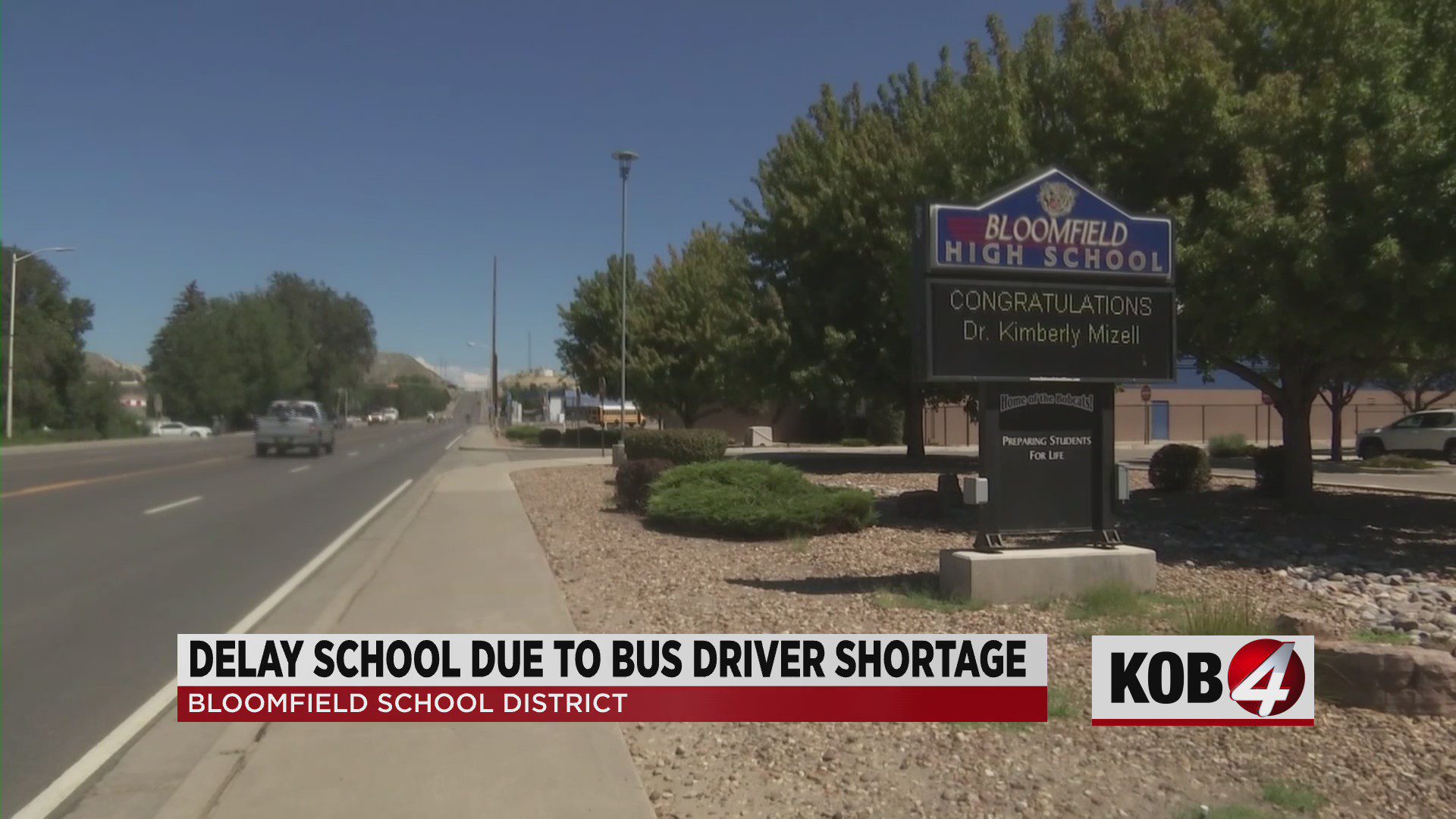 “We felt like with a little 15-minute later start that would allow the bus drivers to do the two routes that they have to do and at least the kids would get there on time and we bought ourselves some time,” Mizell said.

She says time is important, especially for drivers who work in a school district that covers 1,500 square miles.

“Since we don’t have enough routes to cover it, meaning another bus to go out and just do one pick up they have to go back out and do double the routes and so buying ourselves time will allow us to run those two routes,” said Mizell.

She says this delayed start is not forever. Currently, they have four bus drivers in training, and hope to recruit more, “we actually raised our hourly rate to $18.50 an hour and we also will pay them during the time that they are training.”

Mizell says pick-up times will remain the same for students but if this shortage continues, there could be an expansion to the walking requirement.