Business owner fed up with repeat thieves in NE Albuquerque

ALBUQUERQUE, N.M. – Peter Goldberg is at his wit’s end. Months of criminal activity at his auto shop, Pete’s Auto Care, on Montgomery has racked up a steep bill.

Peter said his auto care shop has been a repeat target for thieves; stealing everything from car stereos to the catalytic converter off his own car.

“It’s been going for about three to four years, it started off with the homeless kind of moving in, in and out not too many, and it’s progressively gotten worse where this winter they stole a four-wheeler in the middle of the day,” he said.

Peter said he initially moved to the area because of these same issues at his old location on Broadway and Mountain.It’s a daily struggle, deciding what they can afford to get stolen rather than knowing nothing will be stolen, and now it’s cutting into profits. 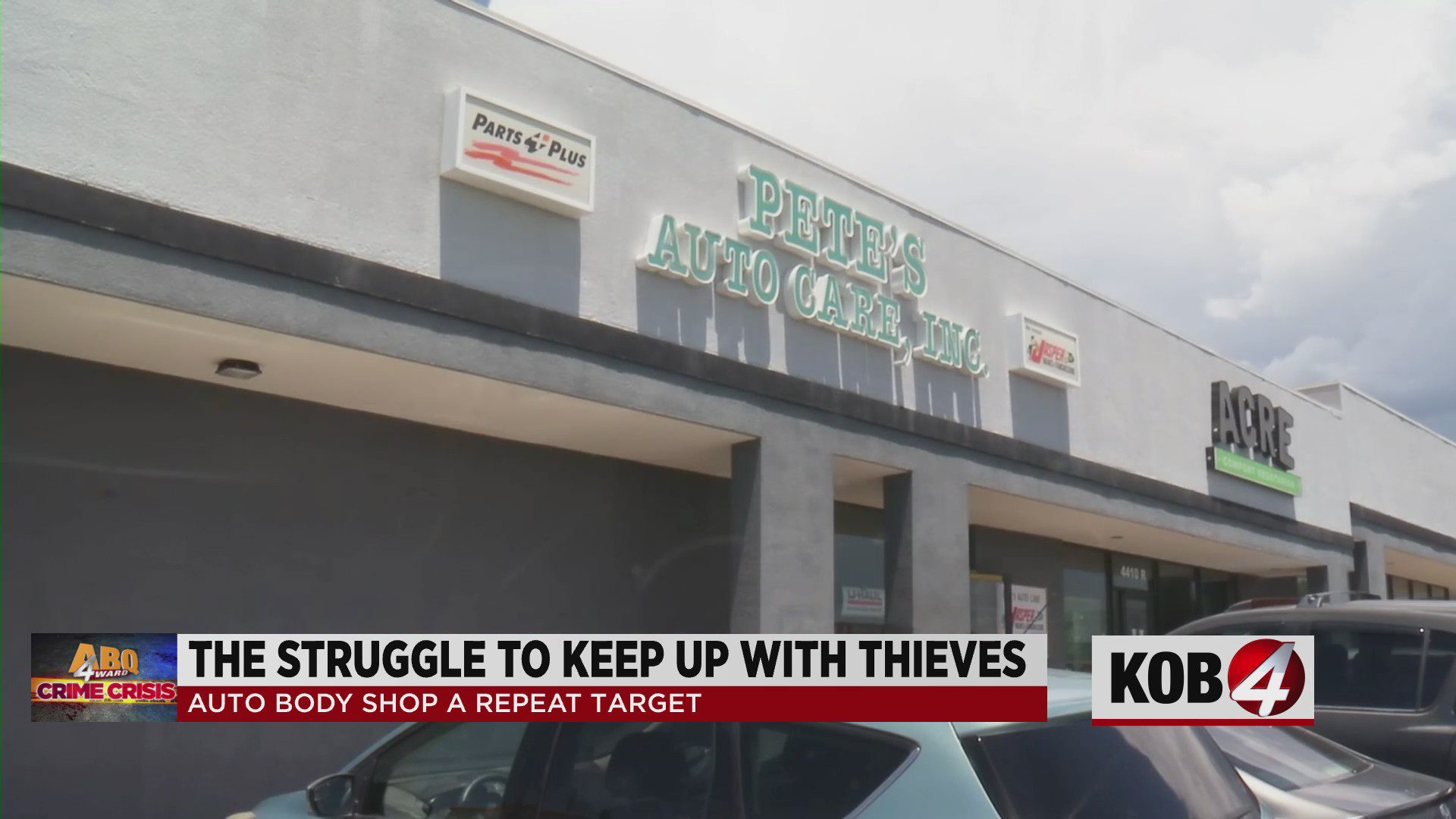 “Now I can’t go buy this piece of diagnostic tool because that $18,000 went to replacing cars or replacing windows or radios or wheels” he said.

Peter said he’s reached out to APD multiple times but unfortunately not much can be done; he knows how understaffed they are.