Mild weather conditions have kept the fire from substantially growing for the past two days, but crews are still preparing for the worst.

The fire is still 13 miles south of Angel Fire, but fire crews know another day of strong wind could bring the fire to their doorstep in just hours. That’s why more than 200 personnel are here — protecting as many homes as they can, and drawing a literal line in the ground before that happens.

Officials took KOB 4 behind the roadblock Wednesday to show us what that protection looks like. Crews have installed more than 50 portable sprinkler systems around homes in the evacuation zone. Meanwhile, helicopters are bringing loads of water to the fire line and just a few miles south of the village — bulldozers are carving a path in the ground to block the fire in case it moves farther north. 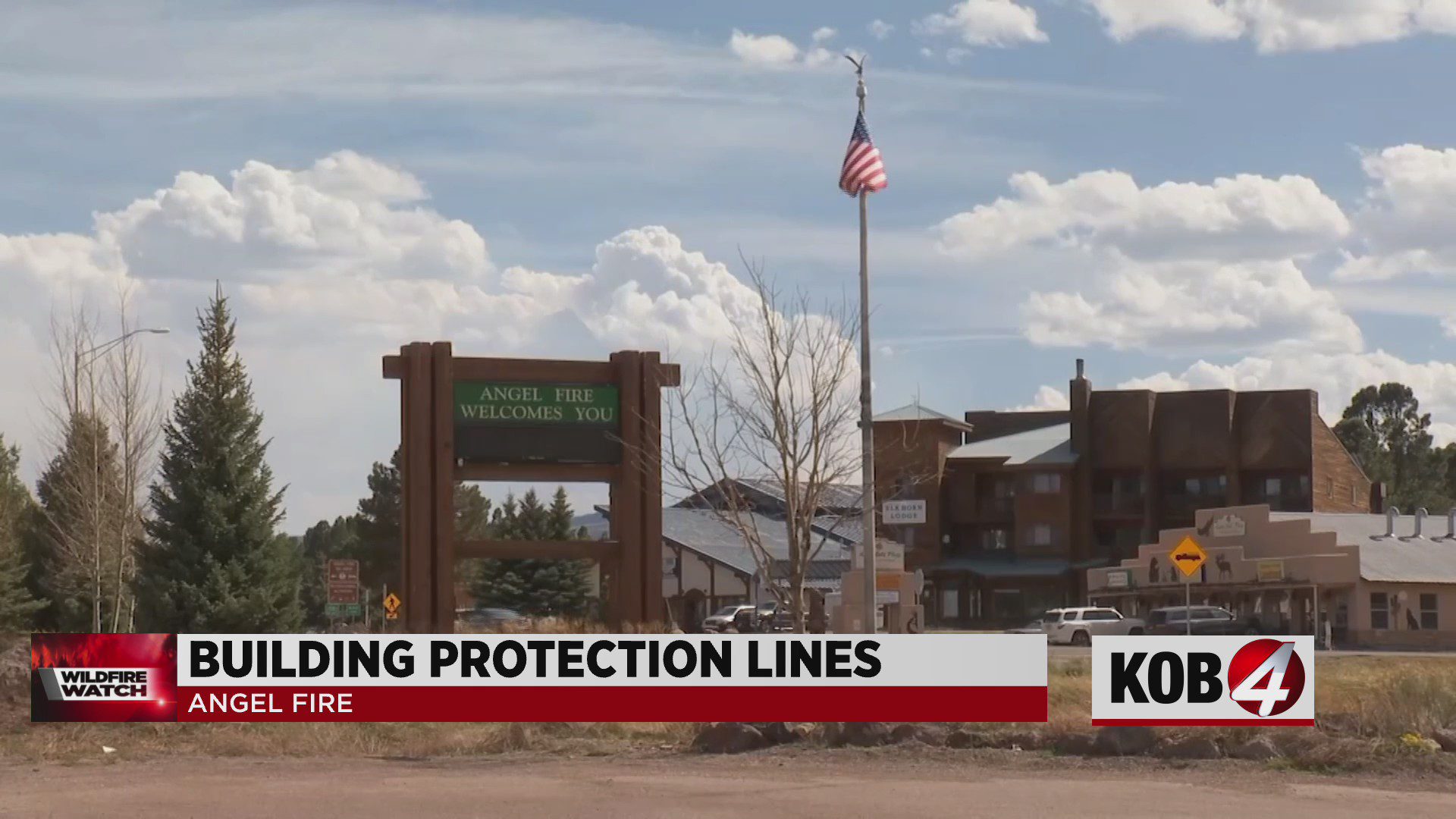 “Last week, when this thing moved as fast as it did, there was a lot of concern, and I still think that has people concerned because we’ve seen what the winds can do,” said Santos Martinez, Angel Fire village manager. “There’s still obviously some worry and anxiety, but I think having 4 or 5 days of good weather, and you can see air support going in, more ground crews coming in, I think that puts us in a better spot from where we were.”

The fire chief says there is a 97% probability of ignition. He says there are 30 firefighters on standby in case a new fire sparks.

Not everyone in the evacuation zone has left, though.

Cause — Hermits Peak: Spot fires from a prescribed burn; Calf Canyon: Under investigation