That’s the first three determinations – contained, controlled and then out.

“We’re still treating it as a wildfire, even though we haven’t seen any heat for over a month now,” said Stefan La-Sky, a public information officer for the incident management team. He said the focus has moved to fire suppression cleanup.

There are more than 400 firefighters going back over a thousand acres of fire line.

“That’s the biggest challenge right now that our incident team is having, is getting suppression work done,” La-Sky said. “Because if we have flooding or lightning conditions, we have to pull people out for safety reasons.” 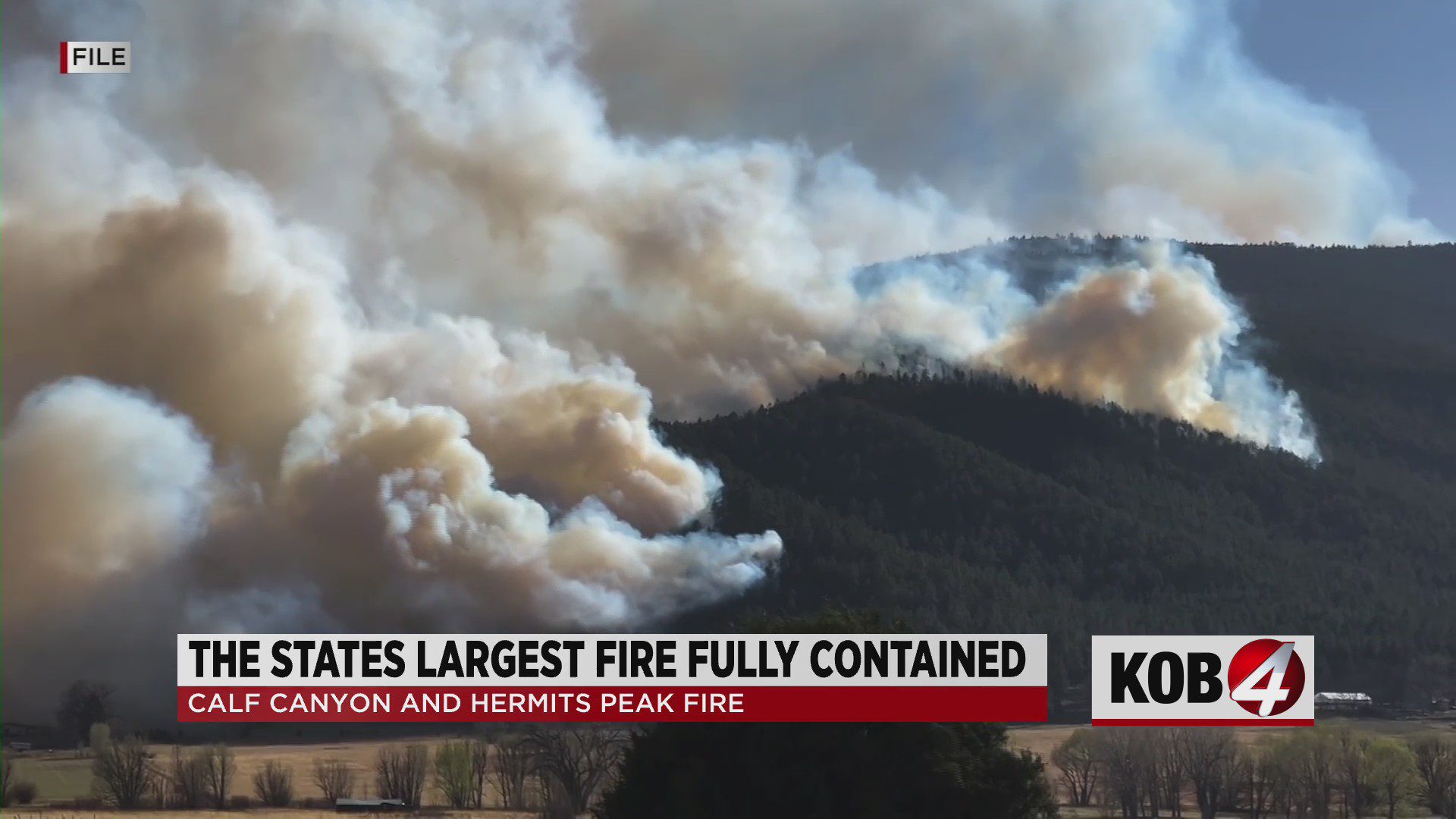 Northern New Mexicans are still dealing with those threats. There is a long road ahead for the community, and for the forest.

“Honestly, I see it as a checkbox step, than a piece of good news,” said State Forester Laura McCarthy. “The fire itself has felt like it’s been out for a while. The flooding impacts – they’re really serious and lives are at risk.”

State and federal crews are dedicated to the cleanup process.

“They will be there until the work is done,” McCarthy said. “That’s the commitment that’s been made.”

McCarthy said they are working with private landowners to get the suppression work completed.

As the suppression work continues, state officials are asking property owners impacted to complete a survey to get that work done. A link to the survey can be found here.