On Sunday, fire officials say the southwestern corner of the fire is giving them trouble and it’s inching closer to the Village of Pecos.

This is a fire that’s already destroyed more than 350 homes- as seven more were added Sunday, and it’s scorched more than 310,000 acres.

Crews told community members Sunday night that this fire will continue to grow.

“On the west and southern zones, we’ve been closely coordinating on what we defend, and those areas which we usually defend are the areas closest to the values, and that means other areas, you’re going to see growth,” said Jayson Coil operations chief. 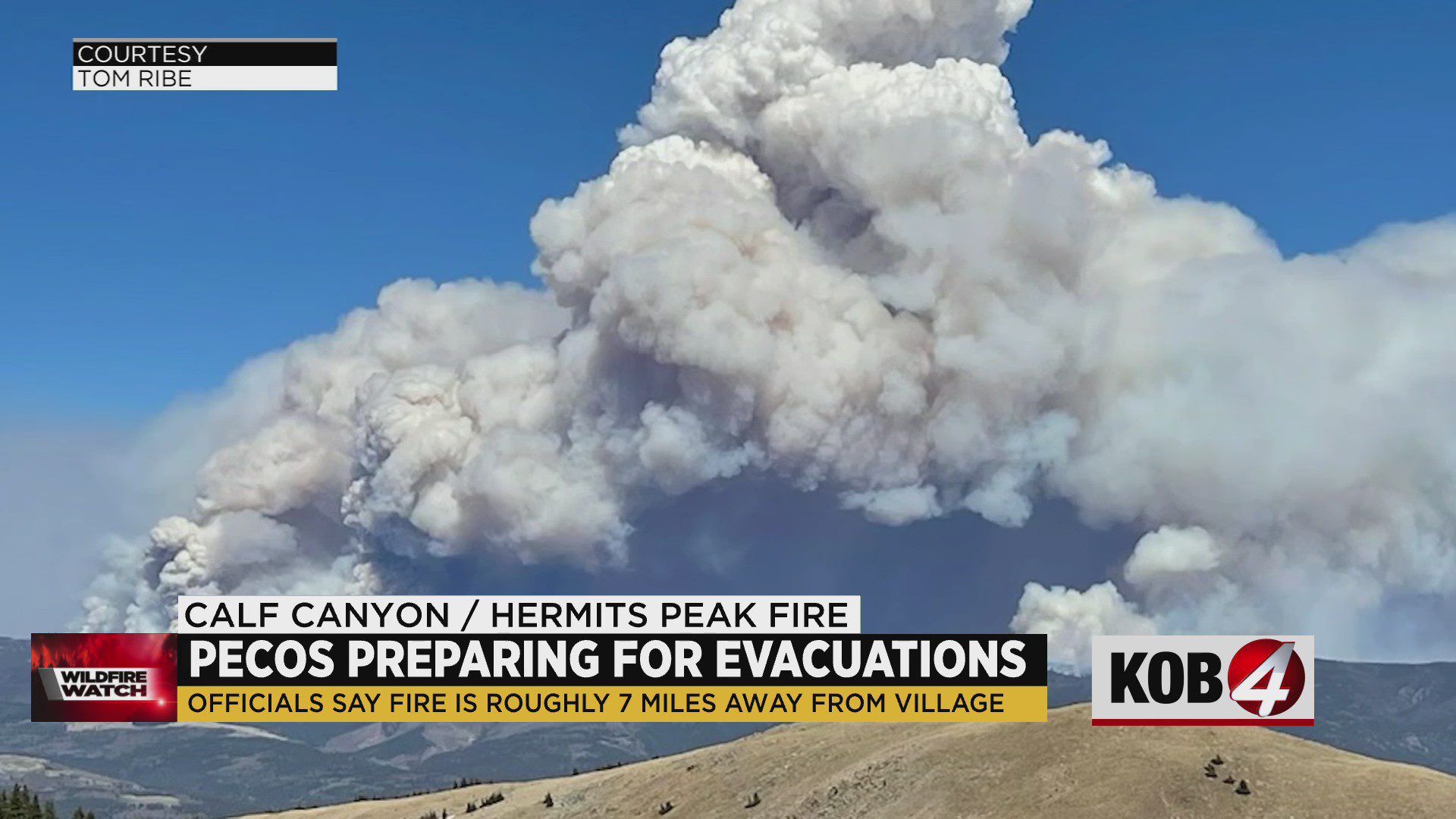 As the Calf Canyon/Hermits Peak Fire continues to spread, more evacuations were ordered near Pecos over the weekend.

More evacuations were ordered around Pecos, but the Village of Pecos is still in the Set status. But folks say they are anxiously waiting as they watched that plume of smoke come over the ridge.

“Today I came over to get a look at how close the fire is to Pecos cause I’ve been coming here since I was a one-year-old kid and I have long memories here,” said Tom Ribe.

Ribe has a family cabin in the Pecos National Forest, but in the last few days, the forest and all roads going through it have been closed. He says when he went to go check on his house, he ran into roadblocks, so he called a neighbor to get an update.

“I was talking to my neighbor up in the Pecos Canyon yesterday and they had firefighters that were coming around and taking pictures of all our houses up there, and he was told to evacuate. So that was his last thing, was to talk to those firefighters who were taking pictures and looking at the cabins to decide which ones could be saved and what ones couldn’t and we are hopeful they like the look of ours,” said Ribe.

While some firefighters are assessing houses in the fire’s path, other crews are working to reinforce their fire lines a few miles away.

“So that way we can completely mop this up, which is to get in 300 feet in hose tools extinguish the fire so it is completely cold and it turns into black, so that is our goal,” said Spencer Andreis, south zone operations chief.

But the weather hasn’t been on their side this weekend and Sunday multiple spot fires blew across the fire line.

“They caught the spot fire, catching it means they got in used hand line and dozers and put hose all the way around the fire so those are controlled,” said Andreis.

The other week Ribe snapped a photo of the fire from just outside Santa Fe and between the wind and the sheer size of the fire impressed him, and the fire crews who are holding their own.

“I’m actually really impressed with how the firefighters are doing it and holding this all over the place this is an extraordinary fire to deal with I’ve worked on other forest fires over the last 30, 40 years and I’ve never seen anything like this,” said Ribe.

Fire officials say they are confident that the lines they have reinforced on Sunday will keep this fire from coming closer to town in Pecos.