ANGEL FIRE, N.M. — The Calf Canyon/Hermits Peak Fire has now burned over 260,000 acres in New Mexico. Containment slipped down below 30% as of Thursday. Thousands of fire personnel are working to keep residents near the fires safe.

In Angel Fire, many people living in the southern end of town have already evacuated. Other residents have also evacuated even though they’re not in the ‘Go’ phase – fearful of what may happen next. Many residents are also preparing to leave.

Fire crews are working to remove any fuel the fire may benefit from. They’re also placing large water tanks where they can, and using snow-making equipment from the resort ready to go if the fire gets closer.

Residents in Angel Fire are hoping that the winds will be in their favor. 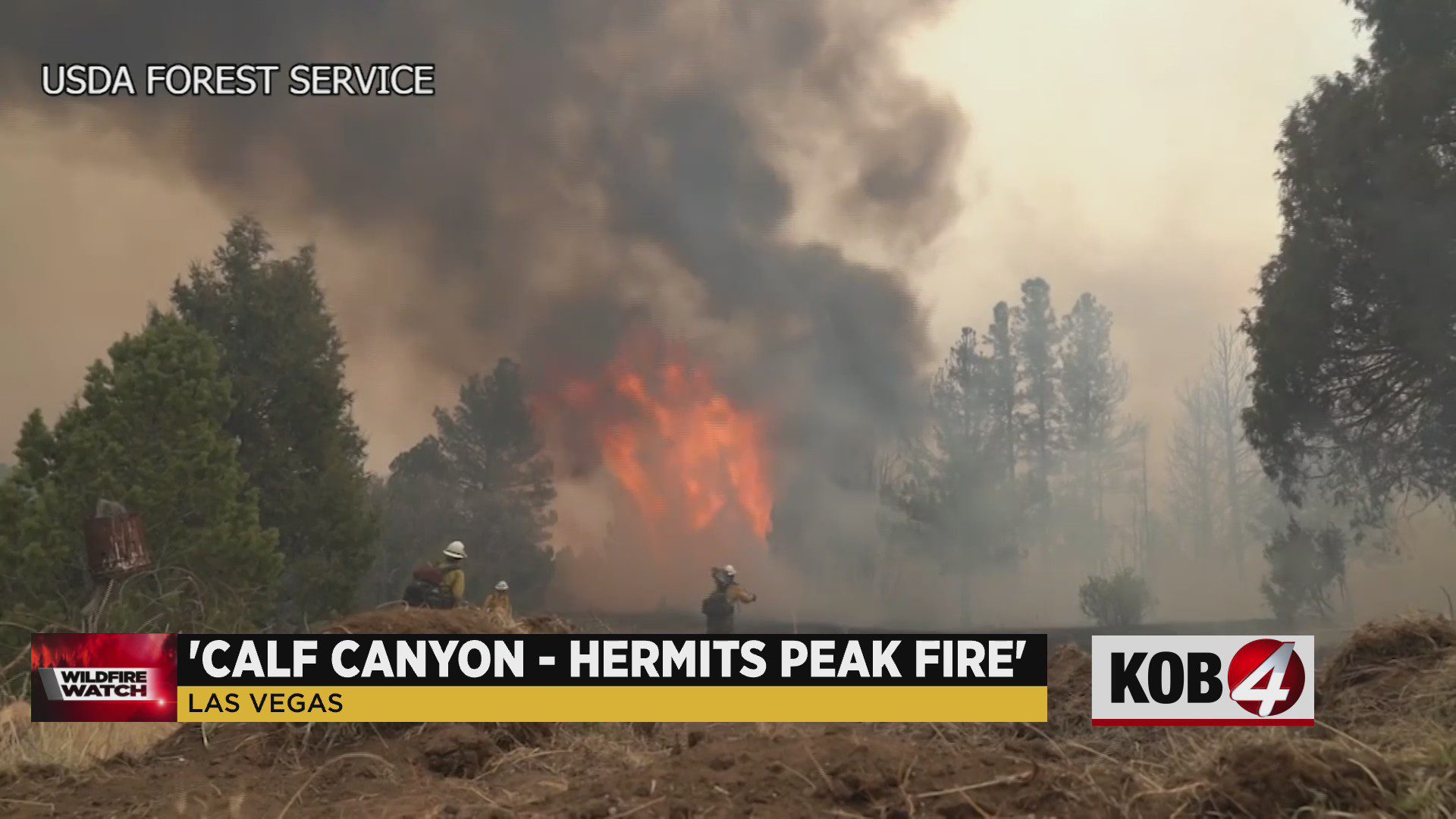 On the other side of the fire, multiple communities in the Gallinas area were finally able to return home Thursday. They are still under ‘Set’ evacuation orders – meaning they may have to be evacuated again, but for now, they are OK.

On the east side of the fire, from Ledoux to Las Vegas, containment lines are holding strong. Fire officials said the wind is pushing the fire into itself and not threatening the lines.

The biggest concern for firefighters is the north side of the wildfire, where they are focusing on structure protection for the homes on that side. They are also concerned about embers from hotspots flying into fresh territory.

As for the downgraded evacuations, people still have to be ready to leave at a moment’s notice. Fire managers are warning the public that in those areas there may be downed power lines and trees.

Evacuations: Click here for an interactive evacuation map for the Calf Canyon and Hermits Peak fires.