ALBUQUERQUE, N.M. — At a Catholic school near Old Town Albuquerque, a car crashed through a fence and onto the playground where it remained Monday.

Officers arrived and found the crashed Honda Civic coupe had crashed through a fence and onto the playground of San Felipe de Neri School. However, no one was at the scene.

School officials say luckily it didn’t happen in the middle of the day, and it happened during a holiday break.

The principal of the school said she doesn’t want to think about what could have happened if children had been playing there at the time of the crash. 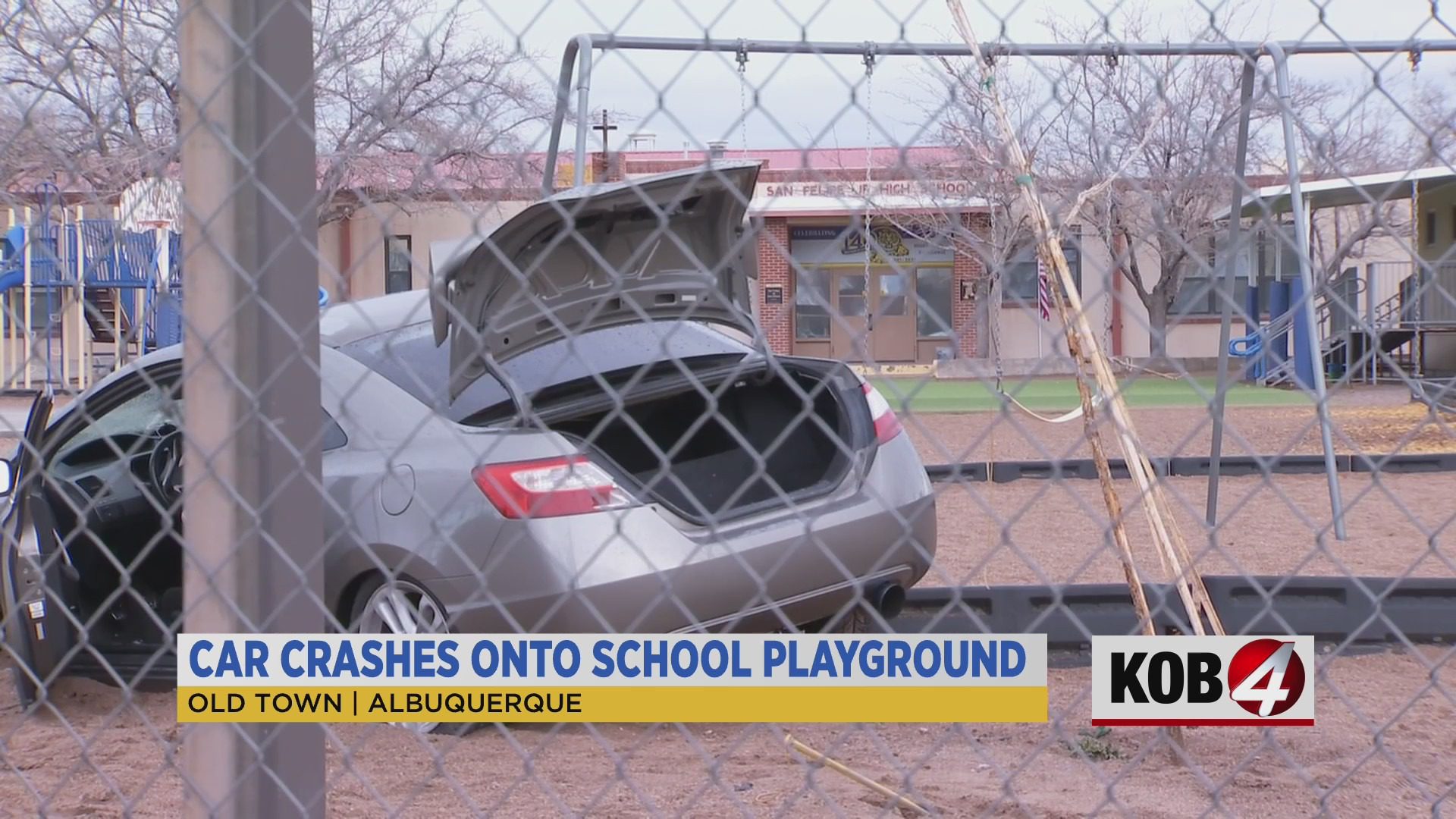 She also said this is not the first time she has had to deal with something like this.

“I got a call about 10:40 from one of my teachers who said that there was a car in our playground,” said Cheryl Robertson, principal of the San Felipe de Neri School.

A call Robertson was not expecting late Sunday night.

“I said ‘what?’ she said ‘a car in our playground’ and she sent me a few pictures she and her husband drove by, and then I got a call from the police,” said Robertson.

She shared her first thoughts when she saw the damage for herself.

“How did it get there? How did you get all the way up this big cement block wall it must have been flying through that intersection to do that,” Robertson said.

The Catholic school for pre-k through eighth grade is right on the corner of Lomas and Central.

Robertson says this is not the first time someone has crashed through the playground fence.

“We have a small break in the fence down there where somebody crashed into it before, but I don’t know of anybody actually going through it before and onto the playground,” said Robertson.

While Robertson figures out how much the damage will cost her.

“If the car is stolen, or they can’t, they don’t have insurance, then the $1,000 deductible will come out of our budget. But if not, it will come out of somebody else’s insurance I would be happier if it did that,” Robertson said.

Albuquerque police told us they are still looking for the driver and any potential passengers.

Officials were unable to say whether alcohol or speed were factors in this crash.

“Most days at this time, there are children on the playground, and we were lucky it happened at night and on break where nobody would be injured,” said Robertson. “We were very lucky in that sense.”

Robertson says because this has happened multiple times now, she’s looking into reinforcing the fence lining Central. She says anything to keep the children safe.