City of Albuquerque revisits policy in hopes to combat homelessness

For folks living and working in the surrounding neighborhood it’s much more than just an eyesore, it’s a dangerous place. It was the scene of one of the city’s latest homicides just three weeks ago.

“We have a lot of drug use. There’s a lot crimes there, numerous people have been murdered there. Some years ago there was a woman that was sexually assaulted there. I’m sure there’s probably been unreported sexual assaults there and it’s really, really dangerous,” said Doreen McKnight.

McKnight is the president of the Wells Park Neighborhood Association. She’s happy to hear the City of Albuquerque is revisiting its policy about how to handle camps like this.

“I think that the issues with the city to address homeless encampments have been the same issues that have been going on for years. So, I’m not exactly sure what they intend to change. I’m glad they’re revisiting this, but I think they do this every couple years when there’s a lot of complaints about it,” said McKnight. 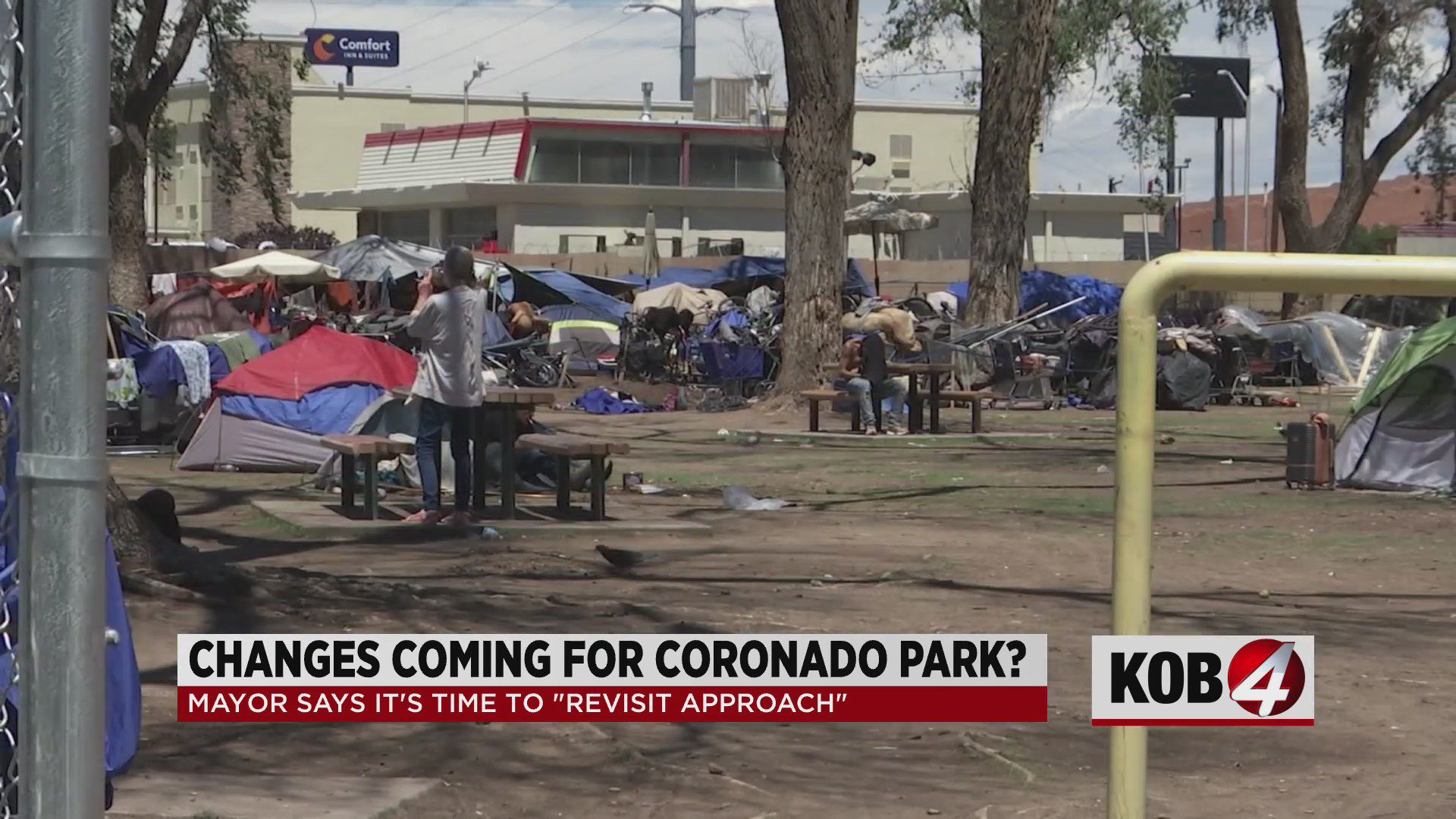 It’s unclear what exactly the city plans to do and what policies might change after the review.

But Mayor Tim Keller touched on it during his recent State of the City speech last month.

“We have to open new ways, new pathways, to longstanding problems and try new approaches. We’ve got to be agile, we’ve got to learn and we’ve got to keep creating pathways to stability. That is why we are revisiting our approach to homelessness and encampments,” said Keller.

The city confirms it’s taking another legal look at a federal settlement agreement from 2017 limiting police officers’ ability to make arrests for non-violent crimes and what kind of discretion the agreement provides officers to make arrests.

The agreement clearly states, “…whether a person has a permanent address may not be the sole factor in determining whether to arrest rather than issue a citation.”

Mayor Keller also said some solutions could be converting old hotels into apartments, investing in affordable housing, and getting zoning approval for the new Gateway Center Homeless Shelter.

The mayor’s office confirms the changes about its homeless camp approach could be coming by the end of this month.