ALBUQUERQUE, N.M. – This week, the city has taken steps to protect our homeless population from the bitter cold, by opening up a temporary warming center in the southeast part of town.

For the last two days Mesa Verde Community Center has been serving the homeless community as a warming center – giving away blankets, clothes, even a hot shower if needed.

“We have been anticipated the need for warming centers for quite a while. We know when temps drop, and the wind chill and moisture is high, it is extremely dangerous for people to be out on the street for long periods of time, and our priority is keeping people safe,” Family and Community Services Public Affairs Specialist Katie Simon said.

While the city put the warming center together other nonprofit organizations, like “Street Safe New Mexico” helped get the word out. Their volunteers even gave rides to the community center for those who needed a lift. 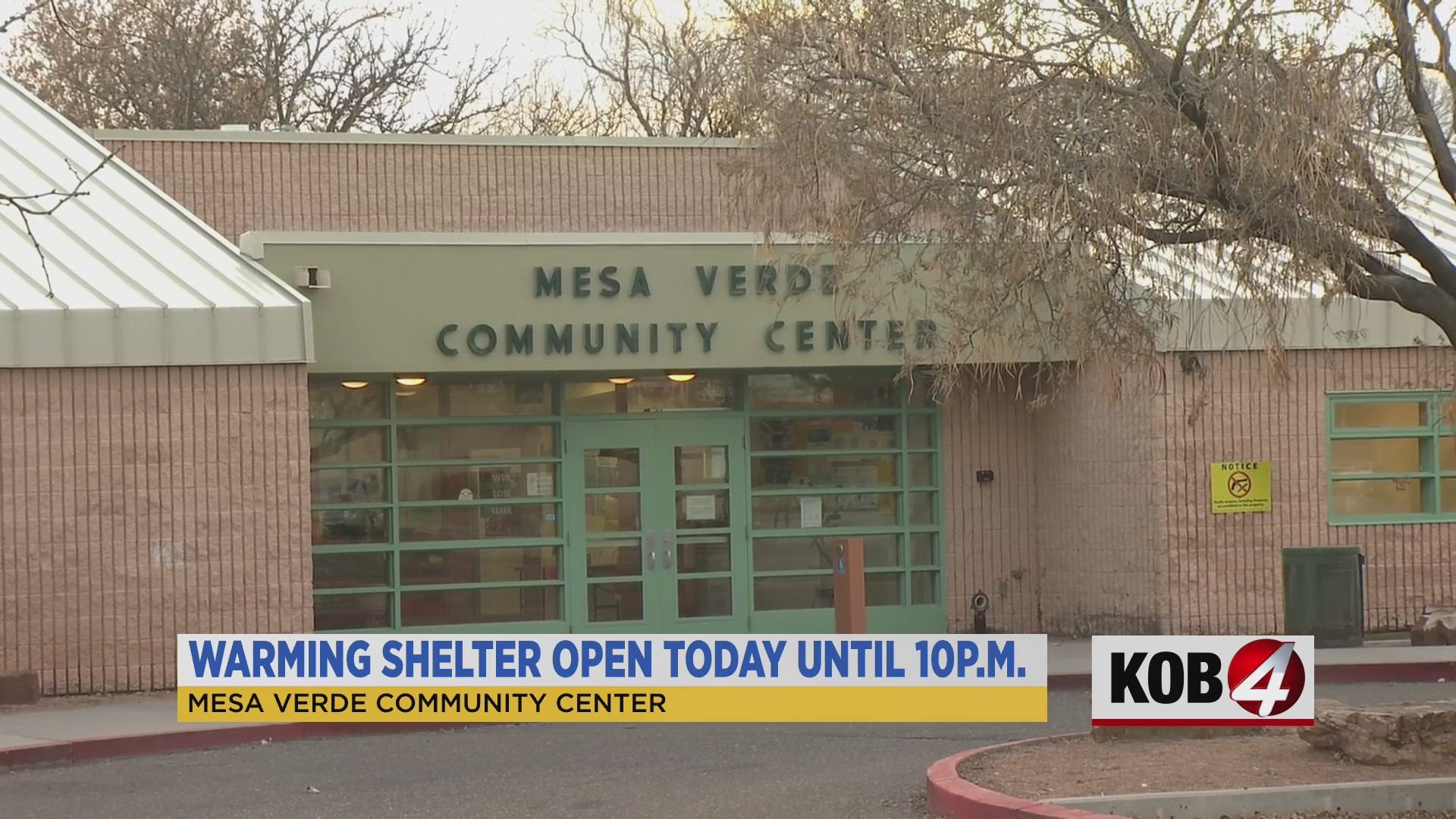 “Driving around, the first thing we would say is ‘hey there is a warming station’ and people would say ‘what?’ So, we had to explain what a warming station was to get over that hurtle,” said Executive Director of Street Safe New Mexico, Christine Barber. “Once we explain that they could stay inside and no one was going to make them leave, when they are freezing and shivering, and you can see their hands are turning into that wax color right before frostbite – everyone was super excited.”

Being open from 7 a.m. to 8 p.m. Monday and Tuesday, the city says they served more than 20 people. But, Barber says they could have helped more if there were other warming centers across the metro.

“Just make them a lot more accessible to different groups. Right now this is a warming station in the International District, that’s fantastic, that’s amazing, but that’s not downtown, that’s not up on Tramway, that’s not where everyone else is as well,” Barber said.

The city says that’s not out of the question and there could be more warming centers throughout the winter.

“We are going to continue to keep an eye on the weather conditions all winter. We anticipate needing to activate warming centers at any point when the conditions necessitate it.  We have a number of sites identified and an active list of volunteers who are ready to jump into action whenever we need them,” Simon said.

This was the first time the city has opened warming centers like this, and they are encouraged by the number of people who used the space in the last few days.

“In Albuquerque, in that last year, about 15 people died of exposure. 10 times that had frost bite, gangrene, black fingers, black toes, loss of a limbs,” Barber said. “With these shelters we will start to see that number come down and start to see people making use of this, and if they’d stay open overnight that would mean everything.”

Originally, this warming center at Mesa Verde was only going to be open for two days, but because it’s still going to be so cold Wednesday, the city has decided to keep it open one more day.

Volunteers will be at the warming center from 7:30 to 10 a.m. Wednesday, those hours could expand again depending on the weather.