*WARNING: Video above and details below may be graphic and triggering to some viewers.

ALBUQUERQUE, N.M. – The wheels of justice are about to take a final turn for the family of a beloved Albuquerque teacher’s aide and mother.

Krishauna Perez was found strangled to death in her bedroom in 2019. Closing arguments wrapped up Tuesday in the trial of the suspect, her fiancé.

In 2019, Jeremiah Lopez admitted, in initial calls and statements to police, that he strangled his fiancé, Perez, had sex with her and then tried to kill himself. He laid out those graphic details again on the stand.

“After I laid there for about probably 10 minutes or so and she wasn’t moving or breathing, that’s when I felt she was gone,” said Lopez. 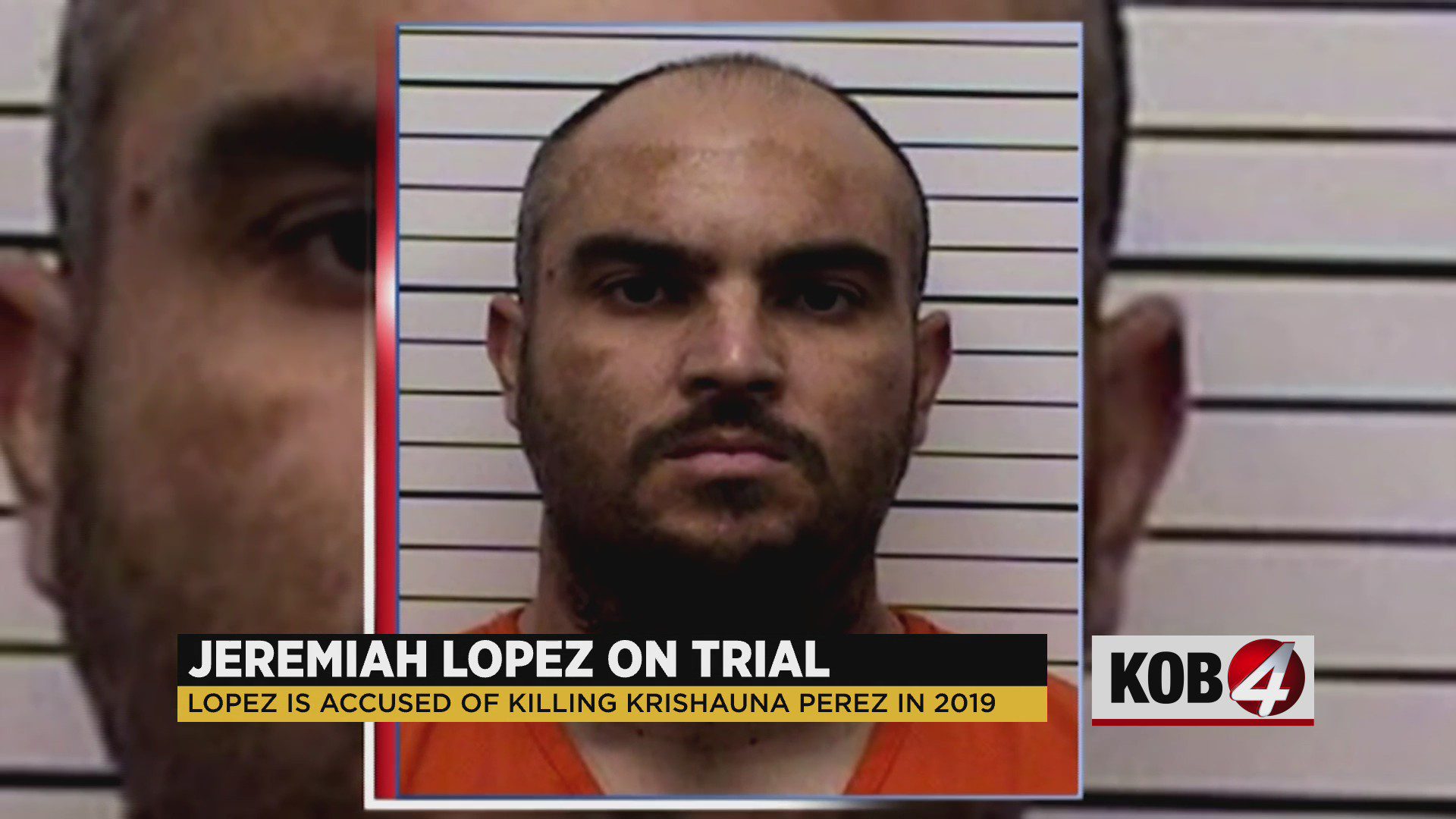 His lawyer questioned him about what he did next:

“I’m ashamed to say it, but I had sex with her naturally, and I after that went and got the knife and I slit my wrists,” Lopez said. “When I didn’t feel like I was gonna die, I had sex with her again. And then I stabbed myself in the throat.”

Lopez says he wrote a suicide note and described another attempt.

“I’m just thinking how could it have gotten this far,” said Lopez.

Lopez said he turned on the gas stove, and sat in his running car in the garage, hoping to die from carbon monoxide poisoning. But he called 911 after 10 minutes.

“I wanted to commit suicide– if she wasn’t here, I didn’t want to be here,” Lopez said.

“‘Could not take losing her heart, her body to another, so I had to take her with me.’ If that doesn’t match this definition, I don’t know what does,” said Deputy District Attorney John Duran.

Lopez’s attorney argued for voluntary manslaughter, citing “sufficient provocation” on Perez’s part. That provocation, he says, includes a prior relationship, Snapchat contacts, and photos Lopez saw on her phone before he accused her of planning to cheat on him.

But the state had the last word Tuesday evening.

“I would submit it does prove in fact beyond a reasonable doubt the defendant deliberately killed Krishauna, that he did so while committing those other felonies – false imprisonment and sexual assault, and the defendant is guilty as charged,” said prosecutors.