ALBUQUERQUE,N.M. – The fate of two Metropolitan Detention Center corrections officers is now in the hands of a jury.

Keith Brandon and Jonathan Sandoval are both accused of causing the death of inmate Vicente Villela in 2019. Both are charged with involuntary manslaughter.

On Monday, both sides wrapped up with closing arguments and now it’s time for the jury to decide who is responsible for Villela’s death.

Prosecutors say both correction officers played a role in his death by using unreasonable force. But, defense attorneys say these men were doing their jobs, as they were trained to do.

A video from 2019 showed the incident when correctional officers tried to move Villela while he was in custody, there’s a scuffle and officers end up on top of his back. 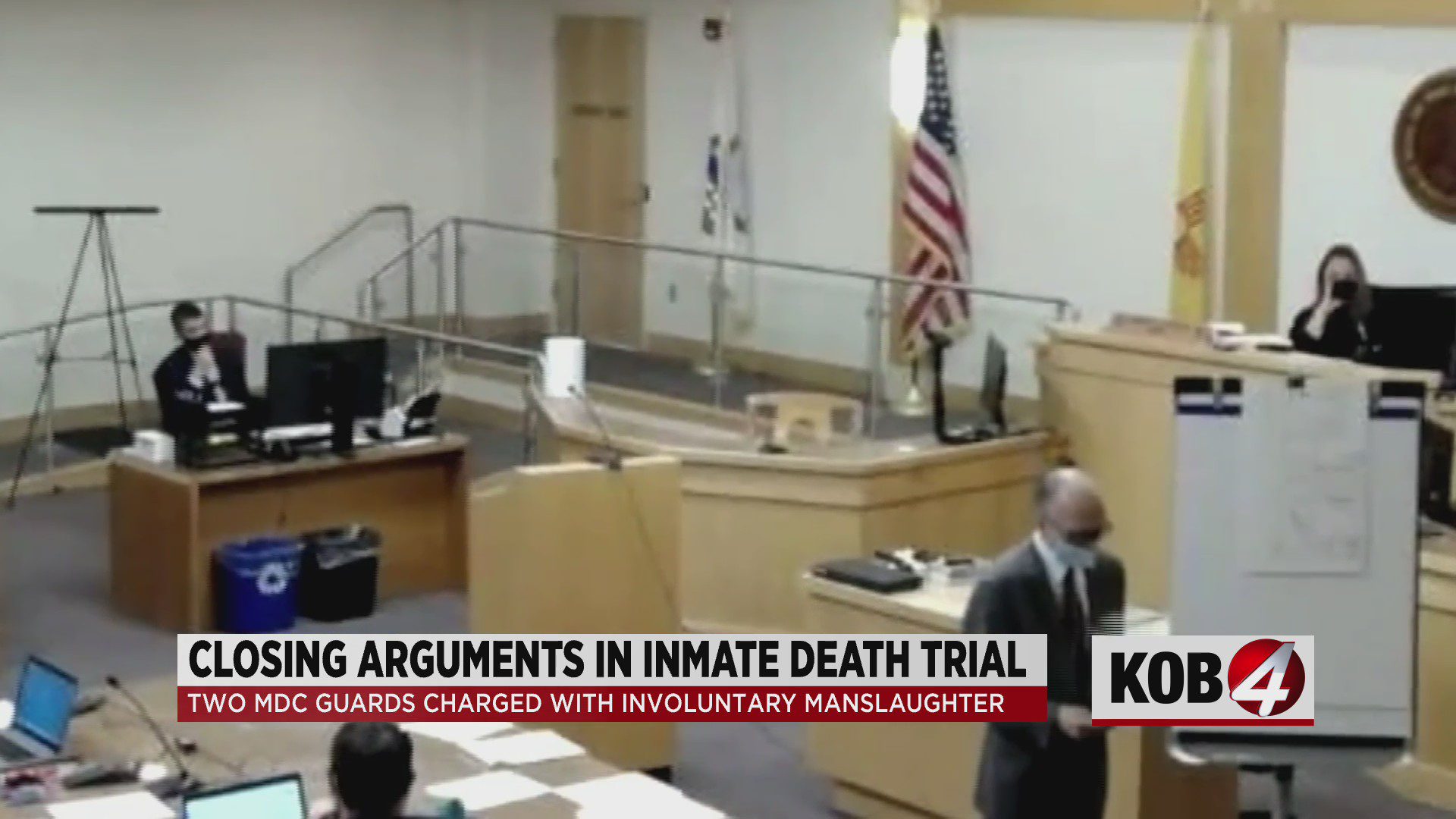 Villela tells the officers repeatedly that he cannot breathe and in the video he’s shown gasping for air.

Prosecutors allege Sandoval had his knee on Villela’s back and that he and Brandon ignored Villela’s cries for help. Villela was unresponsive just a short time later.

“They ignored all signs of distress and chose to use lethal reaction in response which was a knee in the back.”

Defense attorneys for both corrections officers paint a different picture, they say Villela had toxic levels of meth and fentanyl in his system – making breathing more difficult.

They say those officers followed protocol.

In closing arguments the defense attorney pointed to the state’s expert witness who could not say for certain which officer was to blame, and which action caused Villela’s death.

“She’s the expert on cause of death. If she can’t do it, how are you supposed to do it? The government wants you to guess.”

The jury will now decide if those correction officers are responsible for Villela’s death. They were handed the case about an hour ago.

Officials with Bernalillo County say if convicted, the correction officers will no longer be employed with the county — in addition to whatever sentence they receive. If they are acquitted, they will keep their jobs.