VALENCIA COUNTY, N.M. – The community of Valencia County is mourning the loss of one of their own taken too soon.

19-year-old Lance Cpl. Evan Strickland was aboard the Osprey helicopter that crashed during a training exercise at Camp Pendleton near San Diego on June 8. He was one of five Marines that were killed in the crash, and now his hometown community is remembering the young Marine.

“He had a personality that lit up the room, very bright and just wanting to be part of this big world and I knew he was going to do something big,” said Rick Garcia.

“Those kids just become yours especially if you have them for two years and so my heart just broke for his family. He’s got the most wonderful family and Evan was just a kid that would light up your classroom,” said Garcia. 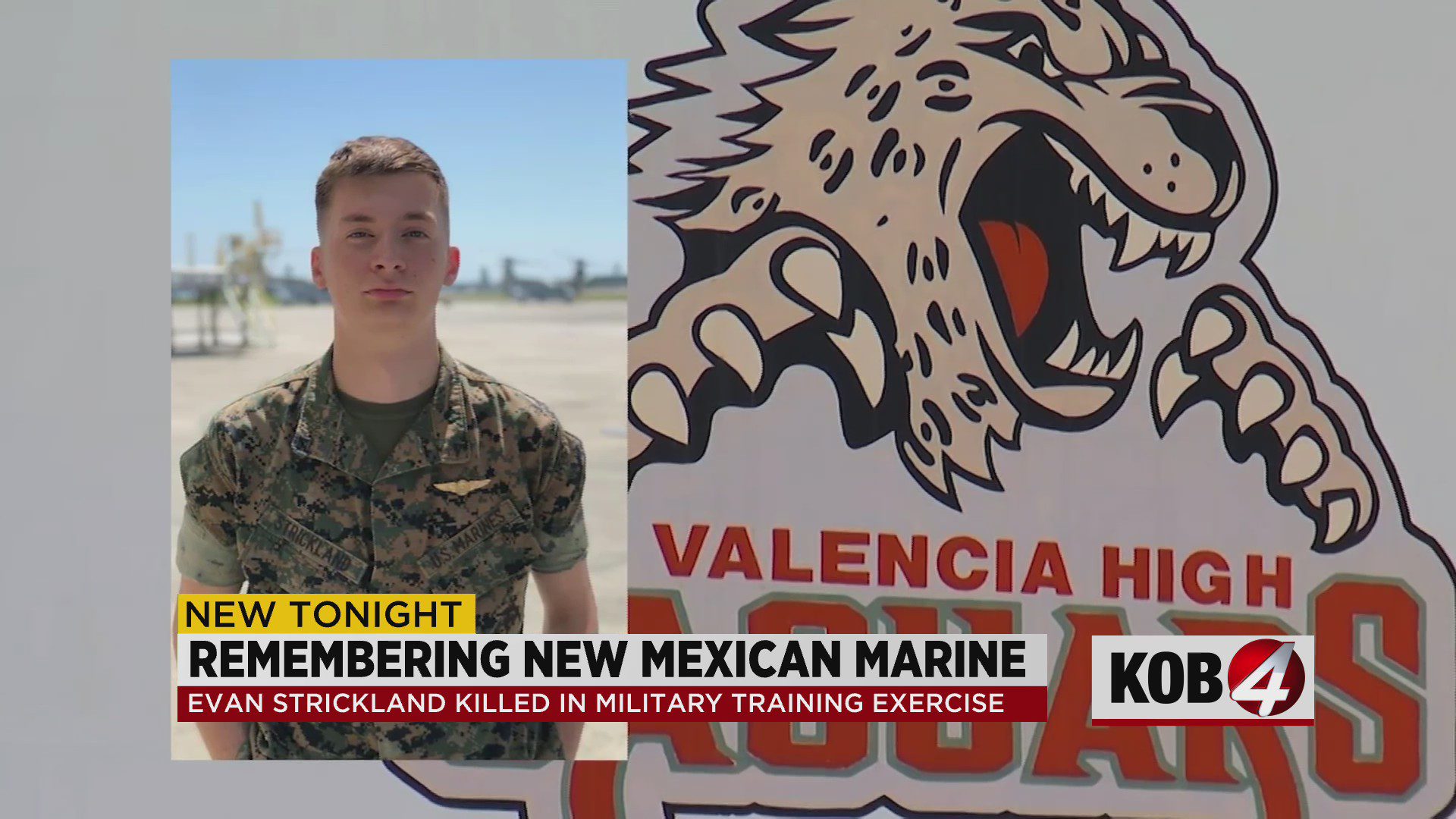 The same class where Zakary Wienburg would grow up knowing Strickland, eventually sharing their love of music.

Strickland graduated from Valencia High School in 2020. He served the country for just over one year.

The close-knit community is in shock at losing one of their own so soon after graduating.

“Being as young as he was, I feel like it definitely made a big impact on not even just the community but just everyone that at least knew him, grew up with him, all of our classmates even. If we split up and went to different schools, I feel like everyone at least had some sort of feeling of sadness,” said Andrue Garcia, Strickland’s former classmate.

The cause of the crash is still under investigation.

This comes just three months after a similar Osprey crash in Norway where four U.S. Marines died. These are just the latest two in a history of crashes with this specific aircraft.

Gov. Michelle Lujan Grisham has ordered state flags to be lowered to half-staff through June 16 in mourning for Strickland. She shared the following statement:

“I am heartbroken by the tragic death of five brave Marines, including Lance Cpl. Evan Strickland, a son of New Mexico and a graduate of Valencia High School. Lance Cpl. Strickland had his whole life in front of him when he made the selfless choice to serve his fellow New Mexicans and his country in the United States Marines. My prayers are with his family, his loved ones, and his fellow Marines as they grieve this terrible loss.”