A press release shared Monday said the city would close Coronado Park by the end of the month.

“In June we shared that we were evaluating all of our homeless policies. As part of this, in July we stated that we have to close Coronado Park. Throughout the next few months we’ll continue taking our all-of-the above approach to help our city cope with these issues,” Mayor Tim Keller said.

City officials held a news conference at 4 p.m. Wednesday to discuss the closure.

Crews made sure people living in the park knew their service options. The city also made sure its crews were ready to make the necessary improvements to the landscape, and we learned the case against Joseph Garcia, the self-proclaimed mayor of Coronado Park, played a role. Police arrested him Monday for a murder at Coronado Park. 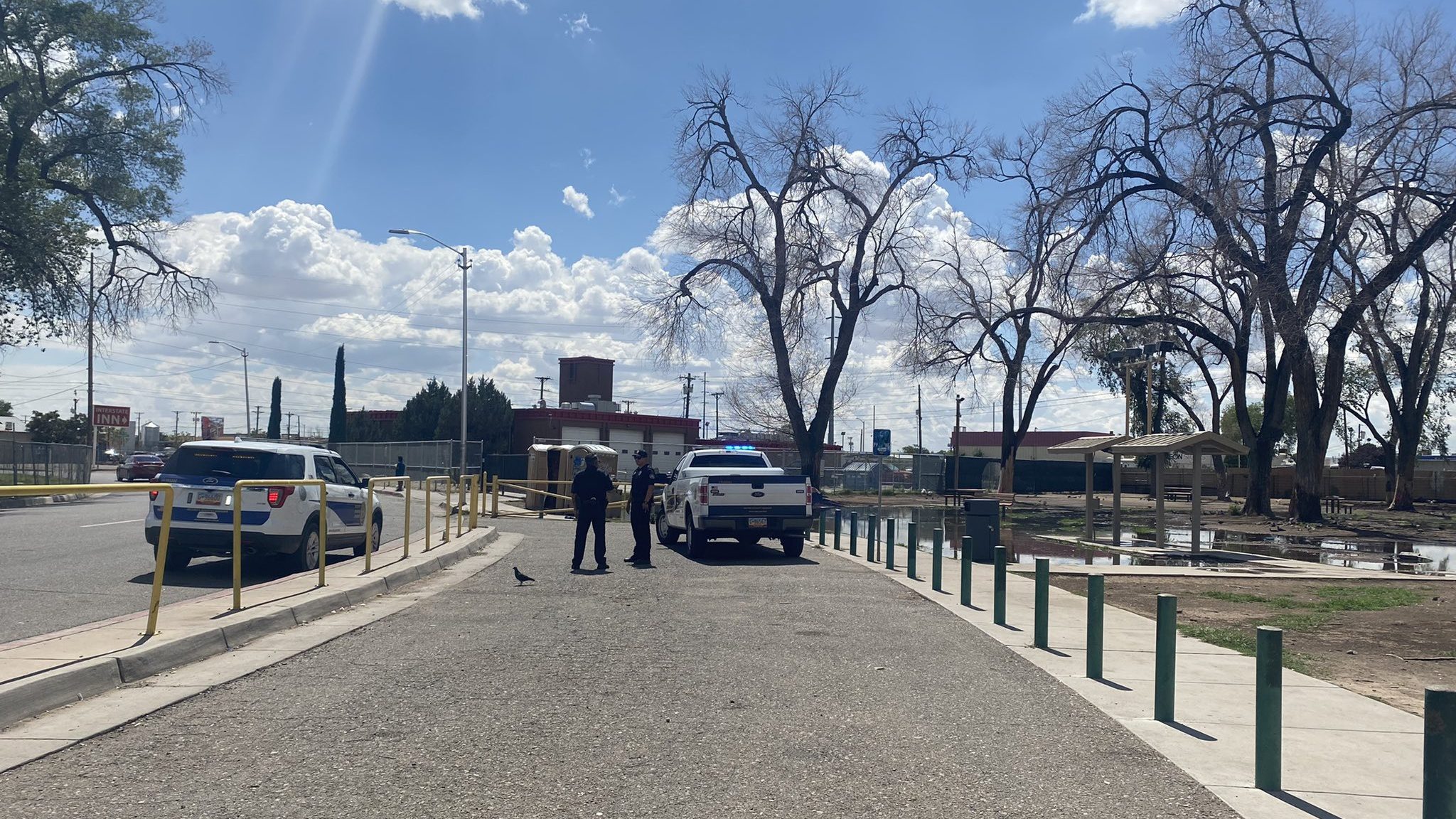 “The long story short is that we’re here today to announce that Coronado Park is now closed,” said Keller.

And the city now has the fencing and signs to prove it. After seven years of crime and public health risks, it’s officially off limits.

“We all have to take advantage of a restart and we’ve all gotta be part of the solution to providing that restart. And that means the homeless themselves, that means every provider involved, and that means everyone complaining about this on social media. We’ve all got a role to play, and it is not to just complain about the problem,” said Keller.

Leaders say about 40 people were left in the park as of Wednesday morning’s clean-up, compared to more than 100 who were living there at the time of the closure announcement late last month.

About 50 people are now connected to their next step, whether that’s going to the city’s opportunity center, or landing hotel vouchers or jobs.

“Rather than ripping the band-aid off we used a hybrid approach, we said we’re going to slowly peel it off and then when we’re ready we’ll rip the rest off and so we were ready today,” Keller said.

Short term the priority is park repairs, strengthening the fence, cutting down dead trees, and increased patrols to make sure no one tries to come back.

As for long term, Keller says there are three options on the table: restoring the park, expanding the nearby fire station’s campus to include a training center, or affordable housing.

“On the front burner which we do have funding for is to frankly build some supportive housing here. So we’ll look at all the options, nothing is finalized but we certainly have some front runners,” said Keller. “A lot of it is gonna have to do with funding– and so the timing is gonna be based on a fundraising effort essentially by us to figure out what we can finance in this area. And that will probably extend– it’s gonna start tomorrow– but it’s gonna extend perhaps all the way through the legislative session because we might have funding asks at the state Legislature.”

But what about the 40 people who were still at the park as of Wednesday morning? Are there expectations that they might migrate into the surrounding neighborhoods?

Leaders say the same outreach will continue in the area since sometimes it takes multiple rounds to persuade some people to get help.

#Breaking #Albuquerque city security confirms Coronado Park is officially CLOSED. It will not reopen after today’s clean up. @KOB4 pic.twitter.com/IQZ3V2aBxz