CORRALES, N.M. – Barbara Clark has been painting in Corrales for 27 years, and for most of that time she’s been opening the doors to her gallery for the annual Corrales Art Studio Tour.

“It’s a lot of fun and because I’ve been doing this for about 15 years I have people – in fact somebody earlier today, their kids were toddlers and they’re going to college, so it’s fun to get to catch up to people,” said Clark.

She makes up part of the 80 artists participating in this year’s tour, and it always draws huge crowds of art lovers.

And those just starting to explore their artistic side. 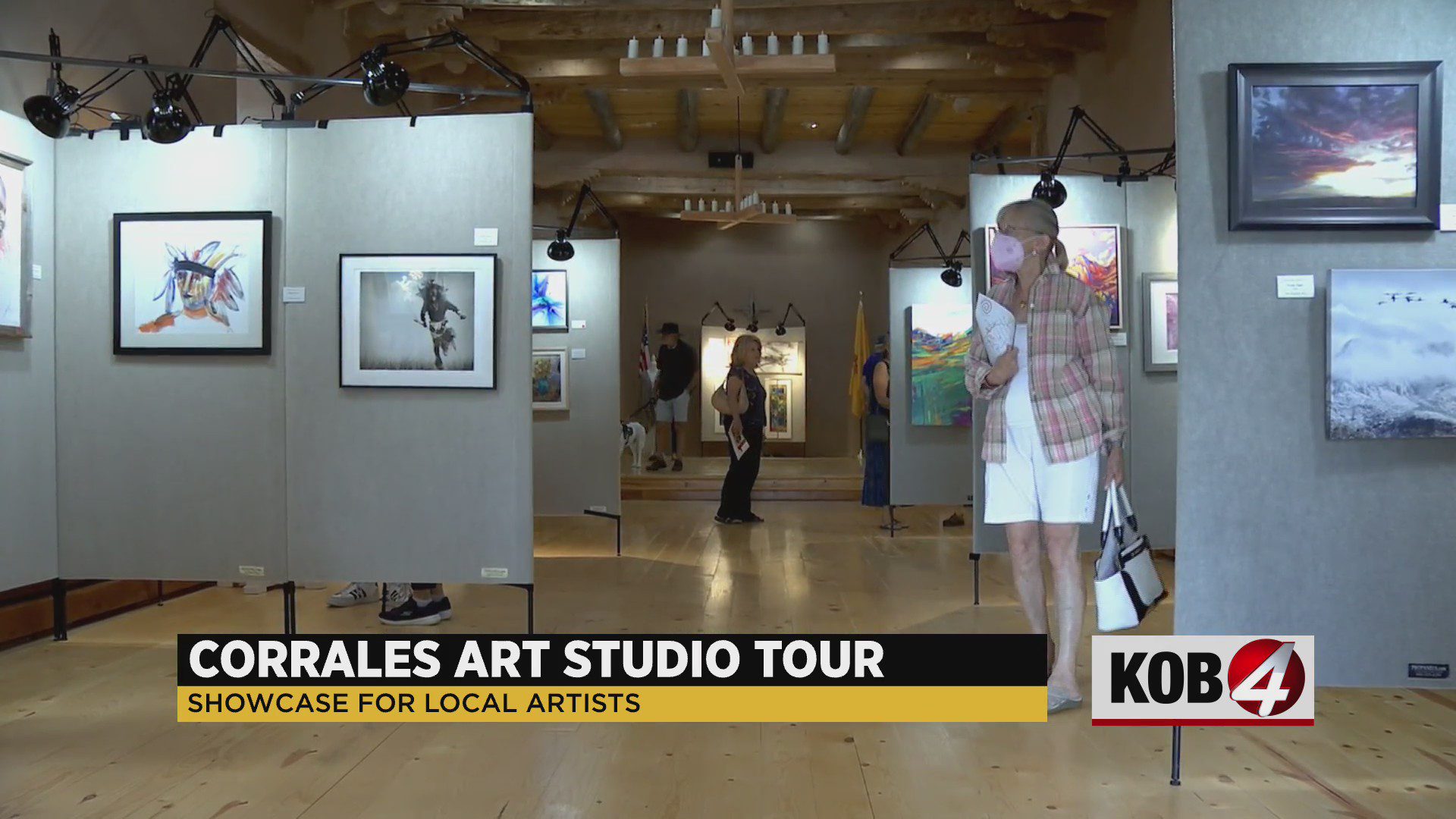 “We’re just enjoying as much as possible I do like to dabble myself and trying to and starting myself but I have many years to go myself to compete with these fine artists,” said Cherri Stow.

Clark began her painting career after leaving her accounting job on the East Coast and she had advice for new artists.

Her colorful motifs showcase New Mexico’s skies and open spaces, the things that drew her to the Land of Enchantment.

“But my style is basically I’m looking for shapes I want to forget about the thingness. Forget that I’m looking at a house or a car or a tree, and look at those shapes and try and put those shapes in, and if you get the shapes right then the painting works,” Clark said.

She says the studio tour is just another example of the thriving artist community in Corrales.

“This is a great place to be an artist, whatever I want if I need support in any way I can get it here,” said Clark.