CORRALES, N.M. — The Corrales Fourth of July Parade made its return on Monday. It was a day to reflect on what this holiday means and also how well New Mexicans remember their U.S. history.

The parade is all about celebrating America, and that message was loud and clear as the packed crowd was a sea of red, white and blue.

After a two-year hiatus, Corrales residents were ready to get back out and reflect on what this day means to them.

“It means freedom my dad fought in World War II, and I’m getting teary eyed, but it means to be here in America and to celebrate this wonderful day we don’t know how lucky we are until we go overseas and see how some people are being treated,” Lina LaVoie said.

And although it may be the Fourth, it was also a celebration of firsts for the Dodrill family. 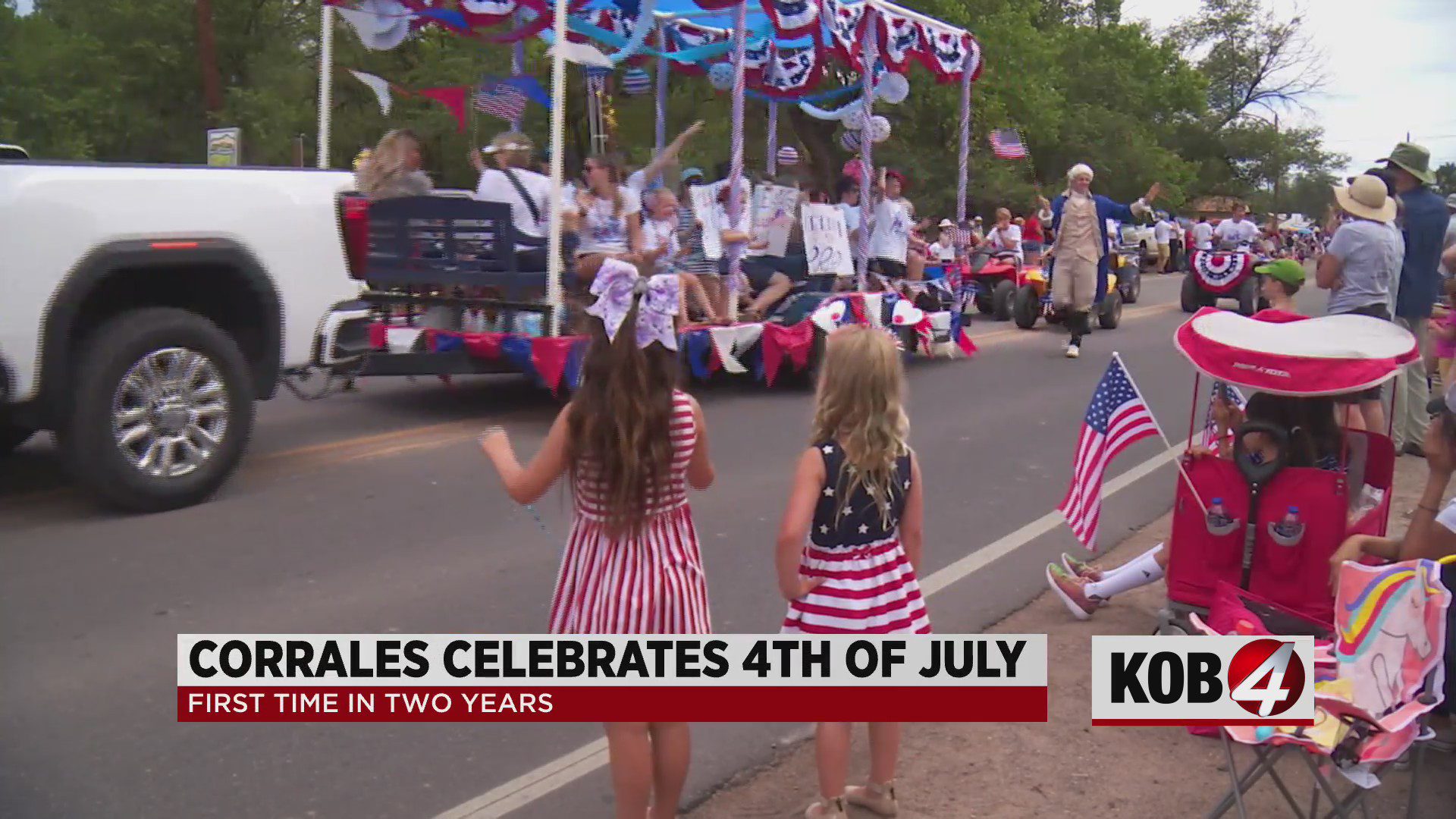 “This is (my daughters) first Fourth of July and (my son) is four, but this is his first parade. It feels great to have everything back, especially for the kids it’s great to have things to do and they love to watch the all the cars and the horses,” Delina Dodrill said.

And as people celebrate a piece of American history, it’s also a chance to brush up on the past.