*WARNING: Video above and details below may be disturbing to some viewers.*

TEXICO, N.M. – A third woman is now under arrest in a horrific child abuse case in eastern New Mexico.

State police investigators describe what amounts to the torture of multiple children for nearly a decade, just in New Mexico.

Three women are in jail, facing 46 felony child abuse charges between them.

It all centers on one home in Texico, a city in Curry County of about 1,100 people which shares a border with Texas. Before that, there are claims stemming from Texas. 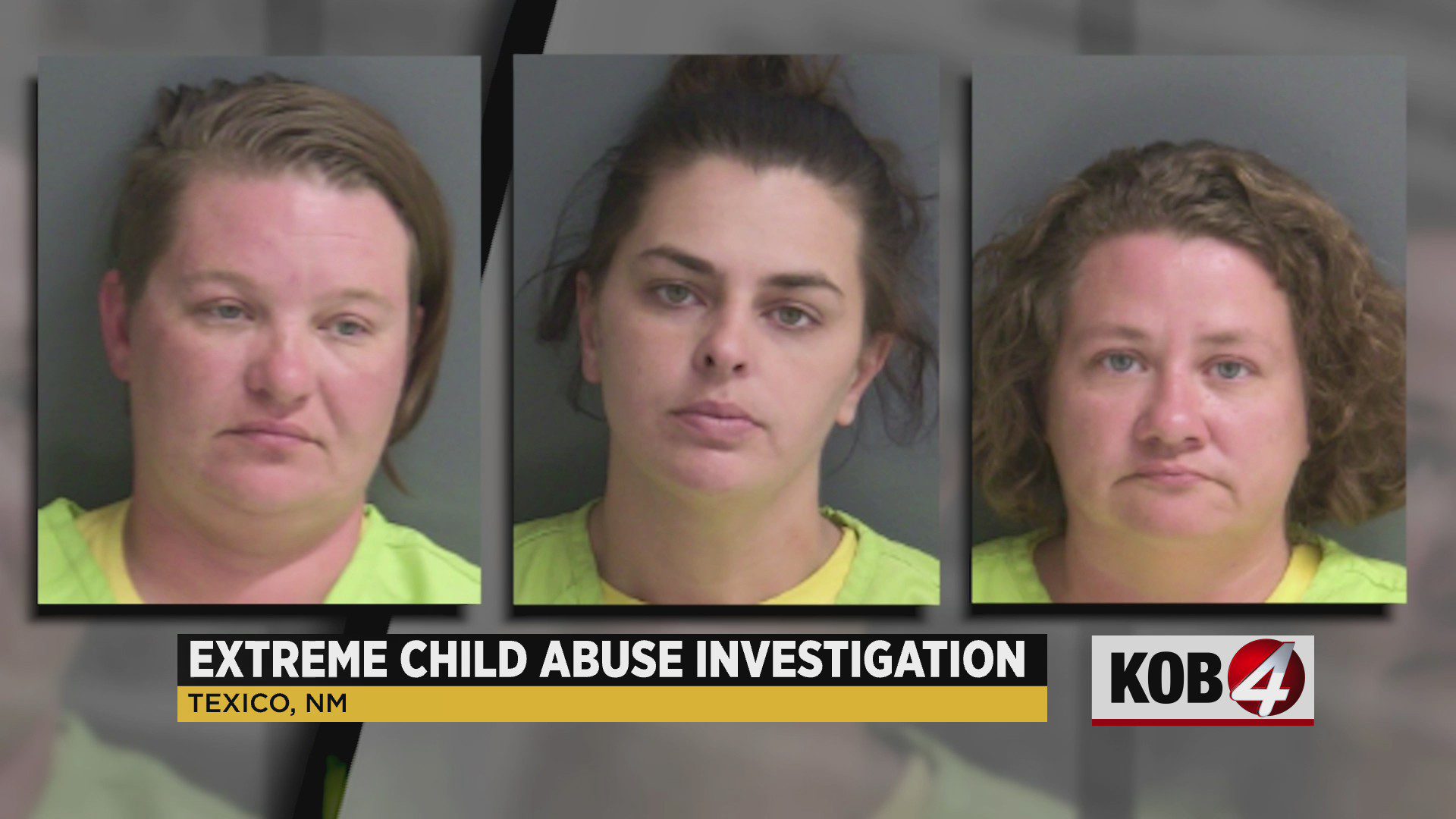 The investigation revealed horrific details of their alleged crimes, torturing multiple children over many years.

Investigators are getting information from many witnesses, including some of the children themselves.

37-year-old Jayme Kushman has the most allegations against her, going back to 2013.

While Kushman was in relationships with Sena and Melancon, they were caring for two to as many as six children. Some were their own, and some just needed a place to stay.

Allegations include that Kushman beat the children, leaving bruises all over sometimes using a paddle, and other times punching the children in the face. Documents also say the women often starved them, not allowing the children to eat.

Other allegations include keeping two of the children chained to their beds at night or for days at a time. They often locked children in dog cages sometimes in freezing cold weather, and they’d make them stand facing a corner of a room for days at a time.

Investigators say home videos show inhumane treatment and that they can hear the screams of children being beaten. One boy’s face was “being smothered in his own vomit.”

In one incident, investigators say pictures show two children “eating spaghetti from inside a filthy bathtub with their bare hands and naked.” Police report dog feces and the smell of urine throughout the house.

According to documents, witnesses tried to report this information to authorities. Many people told state police they made reports to CYFD, sometimes multiple times.

Witnesses and at least one local officer say CYFD workers went to the house many times over the years. Some witnesses believe the women were getting alerted to those visits, giving them time to prepare.

A CYFD spokesperson says they cannot comment on open cases.

One Texico police officer told investigators that he never saw evidence of the abuse. That officer and multiple witnesses say they feel terrible now that they know what had been taking place.

There were so many disturbing and graphic details in this case, involving helpless children, that we couldn’t even air those details.

A CYFD spokesperson confirms that the children are now safe, and none of them were in the foster care system.

A judge has ruled that all three women will stay in jail until their trials.