ALBUQUERQUE, N.M. – This Wednesday, one couple plans to say their “I-dos” at the Albuquerque International Balloon Fiesta after mass ascension.

“They’ve been crewing with the penguins right through, and they’re getting married right here on the field and Puddles and Splash are going to be the witnesses,” said Andrew Holly, chief pilot of Puddles & Splash penguin balloons.

Puddles & Splash, will be witnesses to their longtime crew members, Kenneth Wendel and Katrina Lomax.

The couple, who live in New Mexico, have been crewing these penguins since 2014. But this isn’t the first balloon wedding that the penguin’s chief pilot has helped put on.

“We had our operations manager who will be watching back at home, Lisa, we had a balloon at her wedding, we flew her and Matt, who was my crew chief at the time out of their wedding, in her wedding dress and everything,” said Holly. 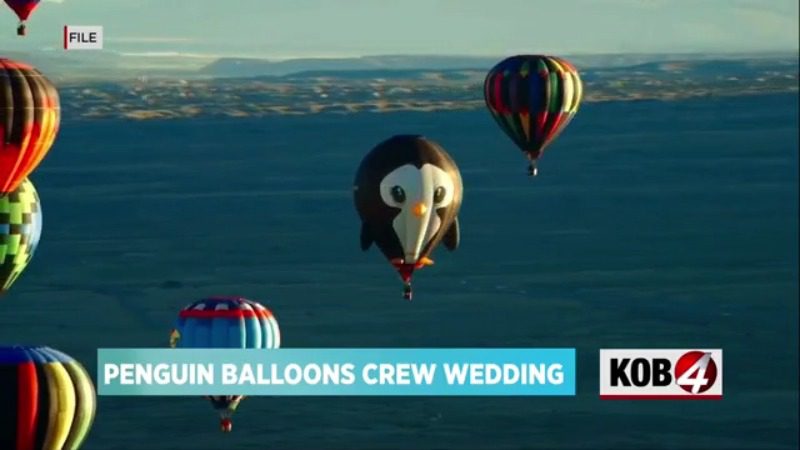 But this wedding still brings something different compared to all of the others.

“This will be the first time we’ve had a wedding come to the event,” Holly said.

Chief Holly believes that the Land of Enchantment is a pretty magical place to tie the knot.

“But if you’re balloon crazy, there’s no better place to get married than on the field in Albuquerque and no better time than the 50th,” said Holly.

The wedding is set to happen at 10 a.m. Wednesday morning after mass ascension.