A man in southern New Mexico is lucky to be alive after his vehicle was swept away Sunday. KOB 4 spoke with the rescuers who brought him back to safety.

“It doesn’t happen too often so it’s pretty miraculous when it does,” said Lemar Shawn, deputy chief of Dexter Fire and Rescue.

On Sunday Shawn had to save a man whose car got swept away by the rushing waters of Rio Felix.

Rescue crews were called out just before 6 a.m. Sunday south of Dexter. 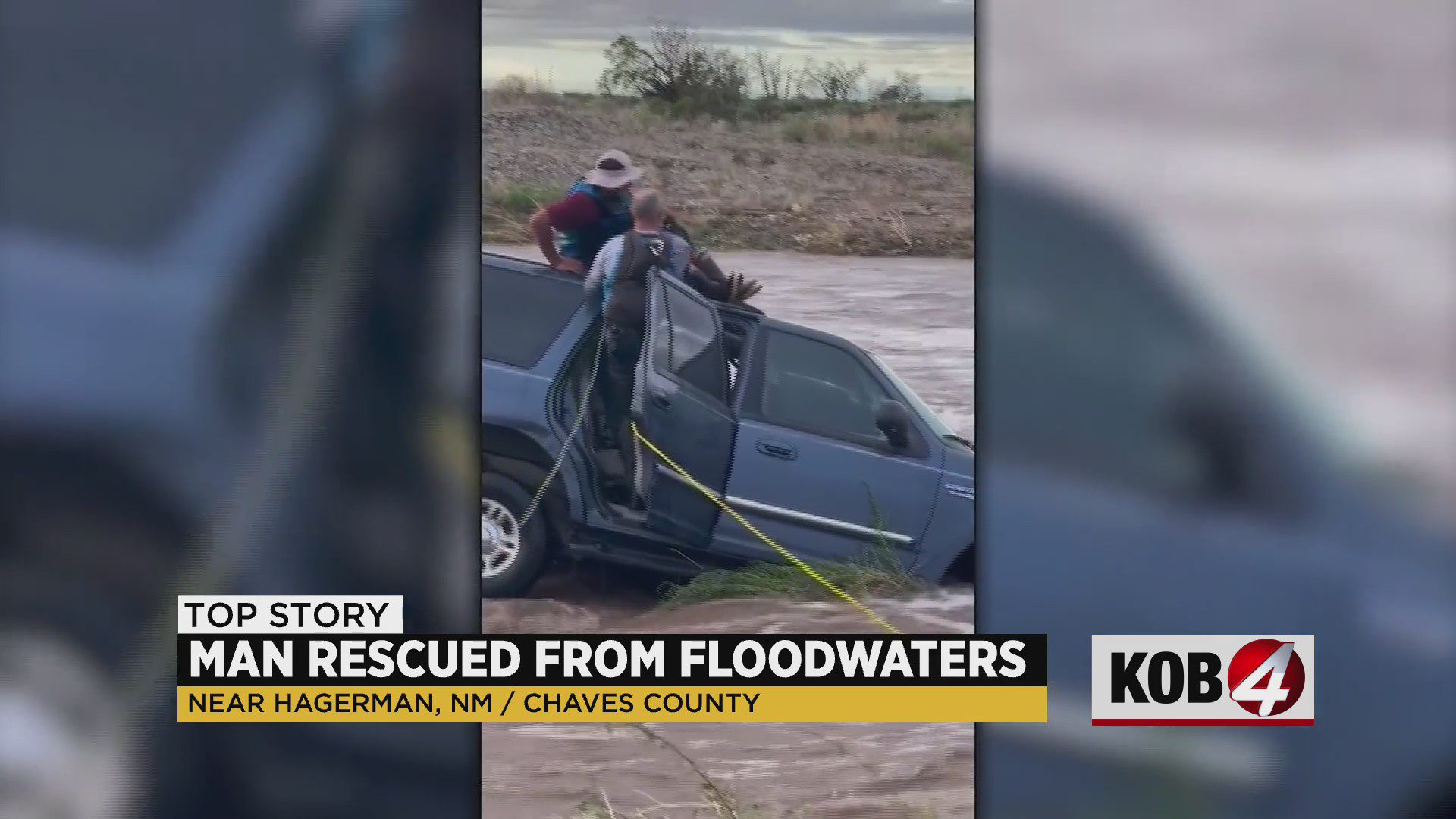 In a video shared by DFR, people can see Shawn in the water climbing up to put a harness on the man. He says at one point the water was nearly up to his chest.

“You know it’s scary and one part but the other part –s with the guys I have on the fire department I felt completely comfortable knowing they had my back to pull me if something were to happen,” said Shawn.

The man was trying to cross a road and he got swept away, hours later its still too full of rushing water to cross safely.

He says they got the man out safely and there were no injuries but also wants to warn people.

“There’s other routes, five more minutes to go another route would have saved him a lot of headache and a vehicle,” Shawn said.