Dash camera video shows the officer pulling up to do a welfare check on a man seen slumped over the steering wheel of this car on the side of I-40 near Prewitt.

As soon as the officer pulls up, the video shows the man opening his door and getting out of the car with his hands up.

The officer starts to speak with the man, identified as 26-year-old Oliver Ashley Toledo Saldivar.

What the officer doesn’t know is that Saldivar was the suspect in a murder that took place just days before in North Carolina and has a gun hidden in his jacket. 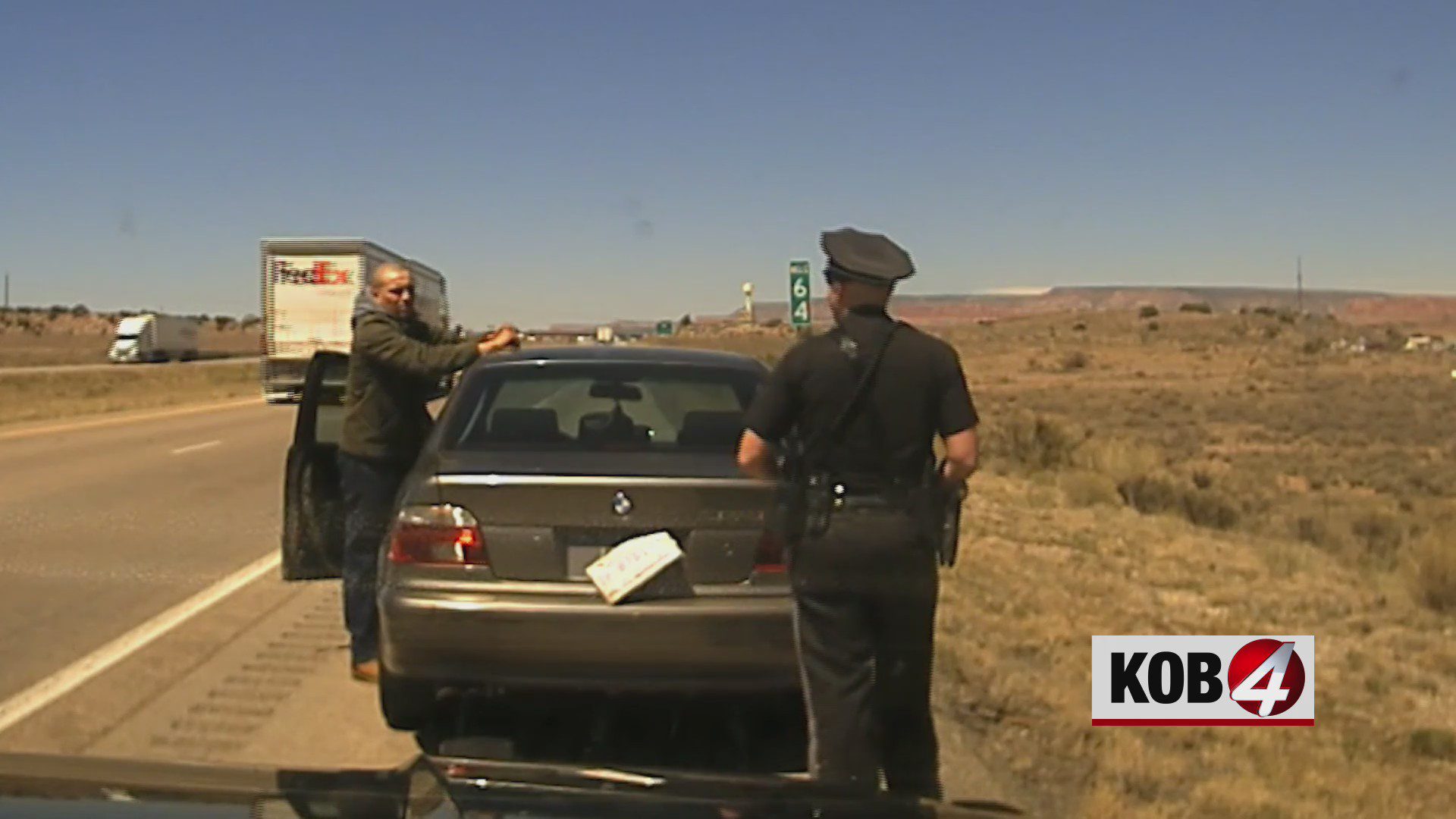 The officer asks Saldivar to stand by his patrol car to get some information, and that’s when things take a violent turn.

State police say Saldivar reached for a black object in his jacket pocket, and that’s when you can see the officer step back with his gun drawn.

Seconds later, Saldivar tackles the officer, and you can hear what sounds like gunshots in the dash camera video.

A struggle unfolded off camera but police say Saldivar continued to fight the officer despite having been shot, reaching for the officer’s gun, before pulling the gun from his jacket.

A few minutes later, a semi-truck driver passing by sees the struggle and pulls over to help.

Police say the trucker threw Saldivar’s gun out of reach and helped the officer handcuff Saldivar.

You can see blood on the officer’s arm where Saldivar bit him during the struggle, as the officer places Saldivar’s gun on the hood of his unit and waits for backup.

Saldivar was shot in the stomach and died at the scene.

The officer was taken to the hospital and treated for the bite wound on his arm.