ALBUQUERQUE, N.M. — All eyes are on the trial of Fabian Gonzales, one of three known suspects in the murder of 10-year-old Victoria Martens.

Cindy Schossow of Albuquerque has been following the tragic and brutal death of Victoria since the beginning. Now, she is watching closely as Gonzales’ trial plays out.

“Every day I will be there,” Schossow said. “I couldn’t be downtown but I could sure be on my laptop.”

The last two days have been disturbing, with attorneys disclosing in great detail what happened to Victoria. Shossow said it has shaken her to her core.

“When they were describing the mutilations, I had literally cried,” she said.

She can’t imagine what the jurors in this trial are going through. Not only having to hear, but see body camera video and photos of the crime scene. 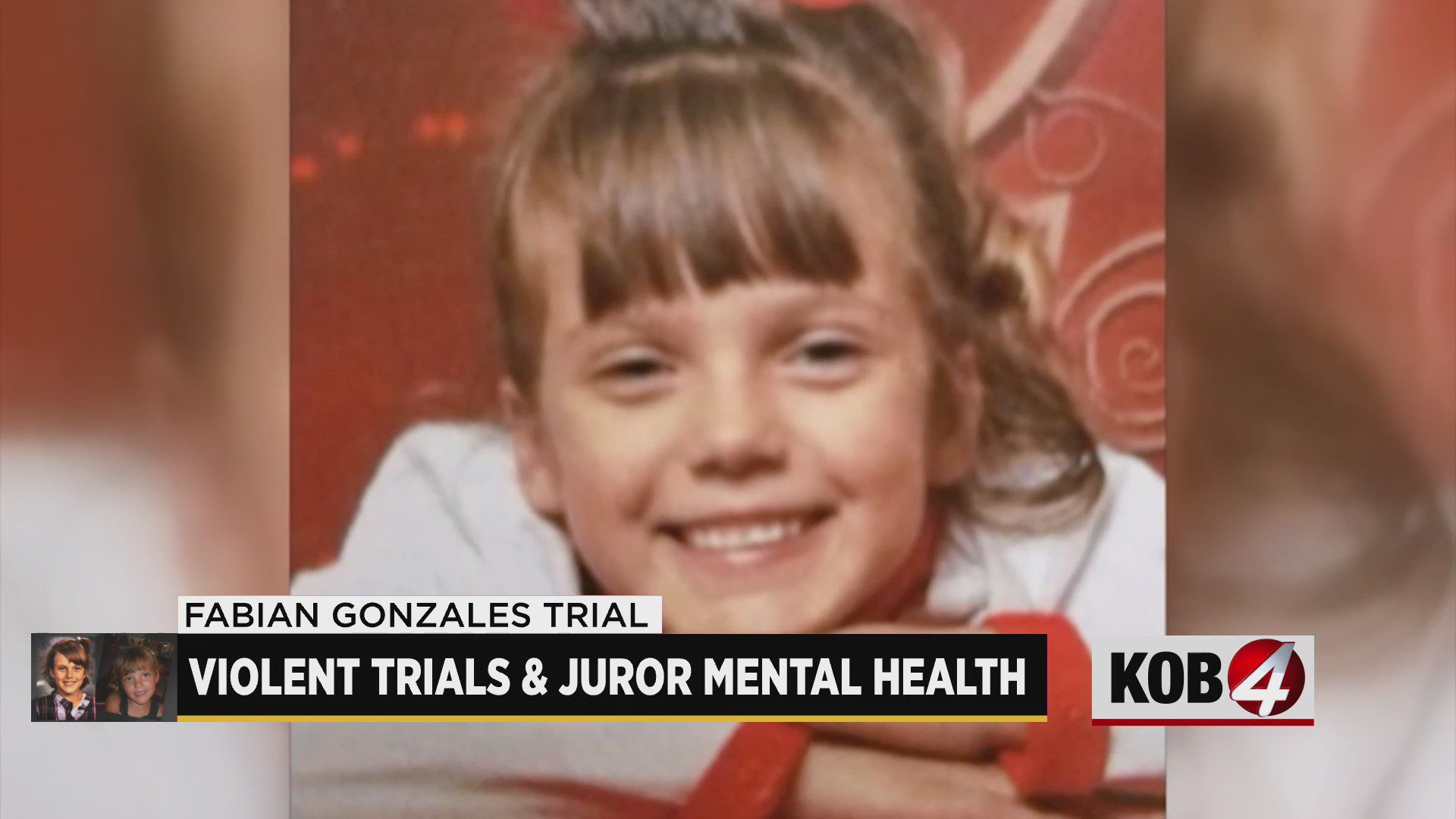 Schossow knows the pressure jurors face, having recently been on a jury herself for a violent case involving someone being killed. She also knows the pain of jurors not being able to talk to their spouses, friends, or family about the trial or how it’s hurting them.

KOB 4 legal expert, Ahmad Assed, said as tough as the rules may be, they need to be followed.

“It’s important because you don’t want to hear things, or dig up matters, or dig up evidence on your own through this process and formulate a wrong conclusion,” Assed said.

However, Bosque Mental Health owner and licensed clinical social worker Cathy Schueler said those experiencing the horrifying events Victoria went through, could lead to trauma of their own.

“It’s secondary trauma,” Schueler said. “That is the emotional duress that they experience from hearing about the trauma of someone else.”

Secondary trauma can lead to people feeling anger, helplessness, and fear, according to Schueler.

If a juror is feeling too upset to continue in a trial, Assed said they can let the court know and be replaced by an alternate juror.