ALBUQUERQUE, N.M. – A man caught on camera shooting his neighbor’s dog named Rocket with a pellet gun on multiple occasions in 2020 recently plead no contest to a felony extreme cruelty to animals charge.

KOB 4 first aired the Baca family’s story about the abuse of their dog Rocket in early 2021, shortly after the family says the city told them it would not move forward with the case.

Attorney General Hector Balderas saw the story, and stepped in to pursue charges.

“This is a classic example of where the city was overwhelmed with the case,” said Balderas, in February 2021. “It was taking too long for the family to get some kind of answers. Number two there were young children involved in this horrific act and I also see family pets as an extension of the family unit, and often times this kind of extreme animal cruelty could lead to other more serious violence.”

Wiegand will be sentenced to 18 months of supervised probation and has to make full restitution to the Baca family. He will also have to attend any counseling or treatment recommended by his probation officer, like anger-management and anti-animal abuse courses. 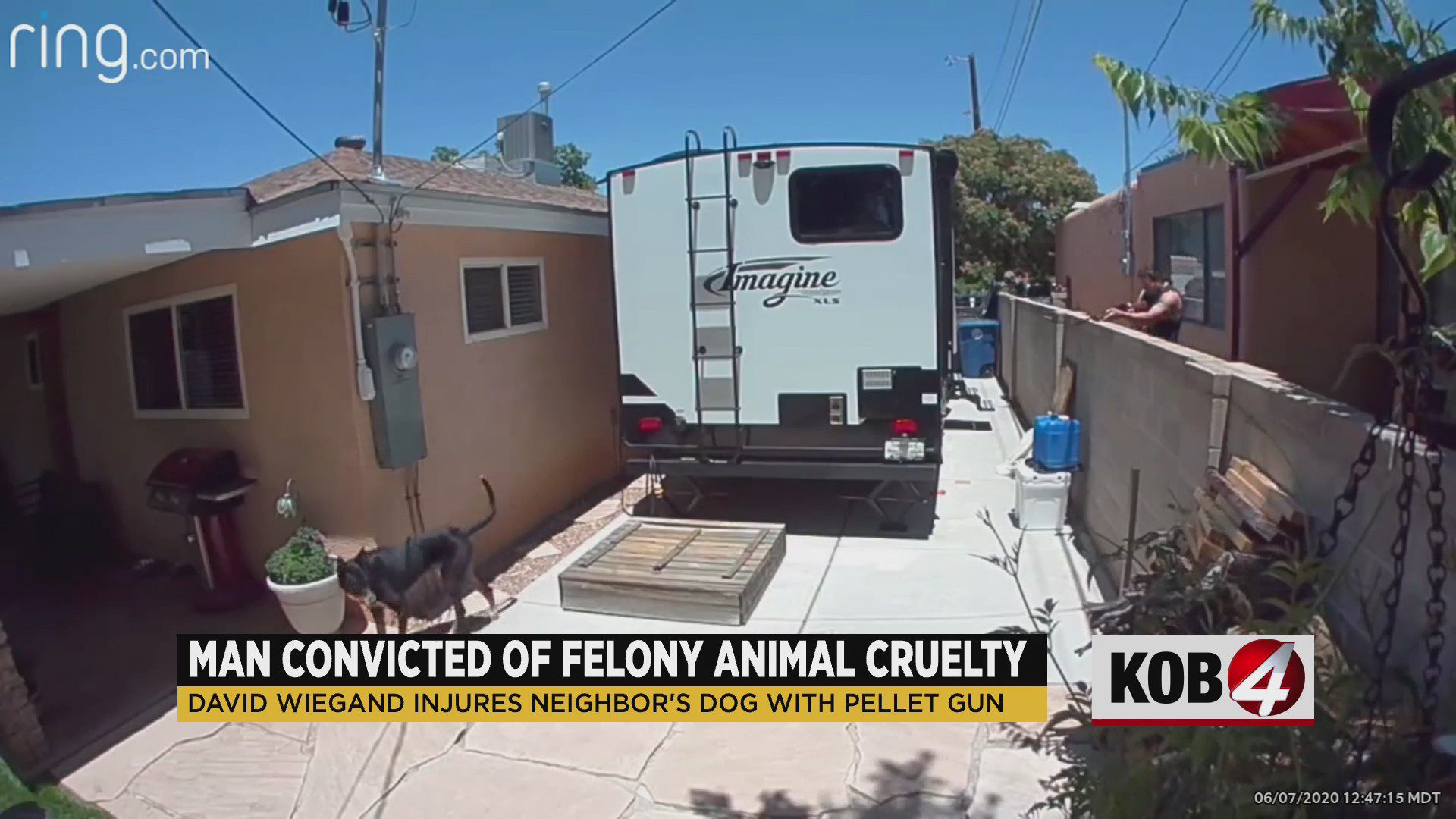 “We must all work together to stop animal cruelty in our society, as this is part of a broader public safety effort to reduce family violence in New Mexico,” said Balderas in Tuesday’s announcement.

Wiegand will formally be sentenced in about four weeks.