GALLUP, N.M. — A 33-year-old Pinedale man was arrested and charged with DWI after driving an SUV through the Gallup Intertribal Ceremonial parade Thursday night.

33-year-old Jeff Irving is accused of driving through the parade. 15 people were injured – including two Gallup police officers, Gilbert Gonzales and Elijah Bowman.

According to the criminal complaint, Irving had a blood alcohol content of 0.24 – three times the legal limit – and was driving with a revoked license due to a previous DWI. He reportedly admitted to drinking “two cans” of beer before driving, and multiple open containers were found in the vehicle.

The complaint states Irving and his brothers – Davis and Dave Begay – were watching the parade in a 1999 Chevrolet Tahoe SUV. Around 7:50 p.m., they decided to leave in the SUV and took off east on Coal after two Gallup police officers tried to stop them.

Police tried to get parade participants out of the road as the SUV drove down Coal, turned onto South 2nd Street and then U.S. Route 66 where he crashed into a parked vehicle near the Red Shell Jewelry store. Police removed Irving and his brothers from the SUV after finally getting them to stop.

The two brothers were detained and taken to the Gallup Detox Center. 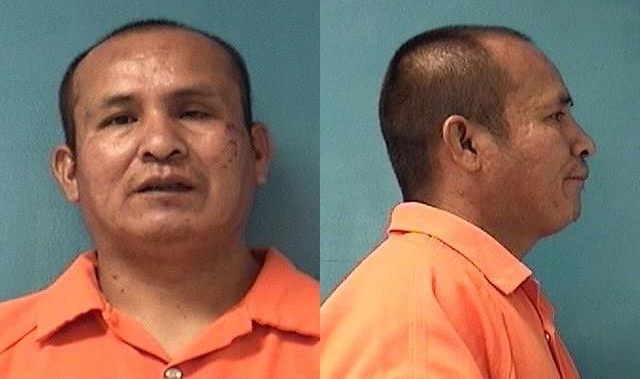 Irving appeared before a judge Friday and will be held in jail until his pretrial detention hearing.

Navajo Nation President Jonathan Nez, who was in attendance, released the following statement:

“We are thankful that no lives were lost due to this senseless act by a few individuals. The perpetrators must be held accountable to the fullest extent. My family and I, as well as many of our Navajo people, witnessed the tragic events firsthand. We saw children who were shedding tears and people shaking with fear and we did our best to comfort them and let them know that everything would be okay. It’s important that our people talk to one another and share their experiences with one another. Our faith and prayers will carry us through this tough time. The Navajo Nation will have a day of prayer on Sunday to bring all faiths together so we can heal together.“

President Nez and Vice President Myron Lizer have proclaimed Aug. 7 as a Navajo Nation Day of Prayer to bring all faiths together to heal and recover from the incident.

“I am in contact with officials in Gallup following last night’s frightening incident at the Gallup Intertribal Ceremonial parade. My prayers are with those who have been injured – I’m very grateful to the first responders on the scene. I have directed additional State Police support for the remainder of the event to make sure the Ceremonial is safe for all those celebrating.“

#BREAKING: @CityOfGallup rep confirms 3 people in SUV drove through parade route during @GICeremonial tonight. Doesn’t believe anyone hit but could be injuries from ppl running for safety. Reports of gunfire as well but police have not confirmed. Video courtesy Jayme BW @KOB4 pic.twitter.com/ei217bkhhz

#VIDEO showing police pull #GallupParade suspects out of the SUV. Longer version shows suspects backing out of a parking spot along this road and crashing into a police patrol SUV. @KOB4 https://t.co/xTh2F4XYhP