ALBUQUERQUE, N.M. – Hotter days and deeper droughts means there are concerns for the Rio Grande. Some are saying the Legislature can ensure New Mexico meets its water needs.

“Unfortunately, the reality is the drier temperatures are going to stick around. Of the reduced precipitation looks like it’s going to stick around for a while, so we have to adjust how we’ve done things in the new reality that we’re in,” said Jason Casuga CEO and chief engineer of the Middle Rio Grande Conservancy District.

A similar sentiment was shared with the state’s Water and Natural Resources Committee this week.

A presentation was given to the committee at the Roundhouse outlining how changing climate and recent drought are impacting the Rio Grande.

“We haven’t seen river drying in Albuquerque since the early ‘80s,” said Casuga. 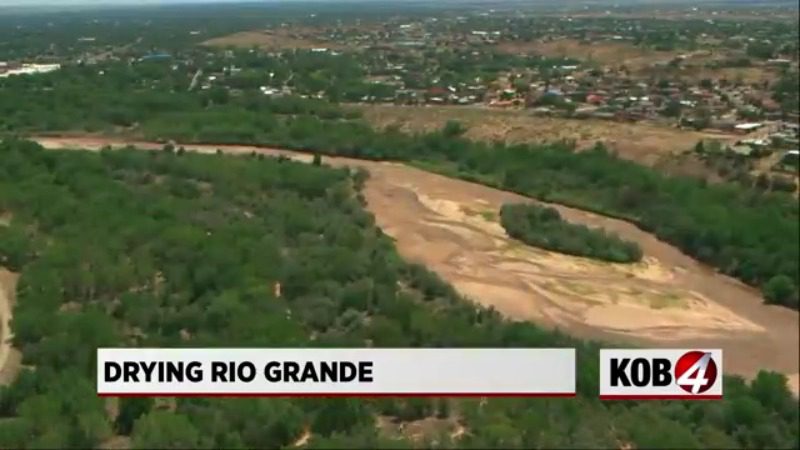 Reduced water flow in the Rio Grande has far-reaching effects.

“It’s not just people affected by that, it’s the ecosystem of the river,” Casuga said.

The report highlights that groundwater reserves work well if there is a cycle of abundant surface water years to recharge.

The use of groundwater is a part of an ongoing legal battle between New Mexico, Texas, and Colorado.

Texas demanded that New Mexico stop pumping groundwater along the border so that more of the Rio Grande could flow south to farmers and residents in El Paso.

The case is currently in the Supreme Court and a settlement is in the works.

A 50-year water plan is expected to be released for public comment next month. It should be completed by September.