Emma Haviland, 17, is accused of using Yik Yak to ask if anyone in Edgewood wanted ‘to shoot up the school,’ stating she needed a partner. The Yik Yak app allows users to post anonymously, but New Mexico State Police agents tracked the threat to an Edgewood home where Haviland lives.

In an interview with agents, Haviland reportedly stated the whole threat was a joke. State Police says she was then taken to a local hospital and then booked upon her June 16 release. She is now being held at a San Juan County juvenile detention center. 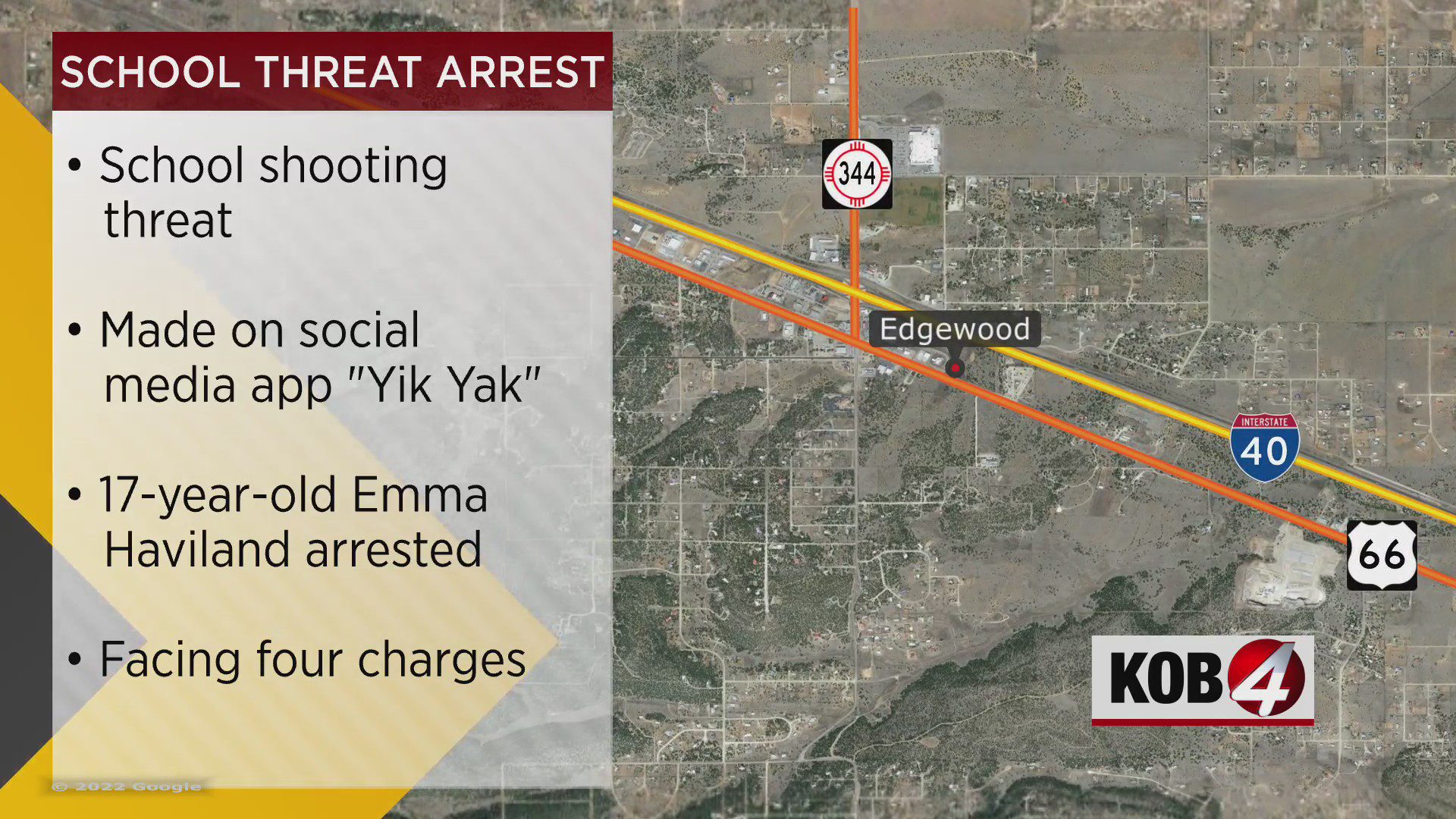 The case is set to be prosecuted by the First Judicial District Attorney’s Office in Santa Fe.