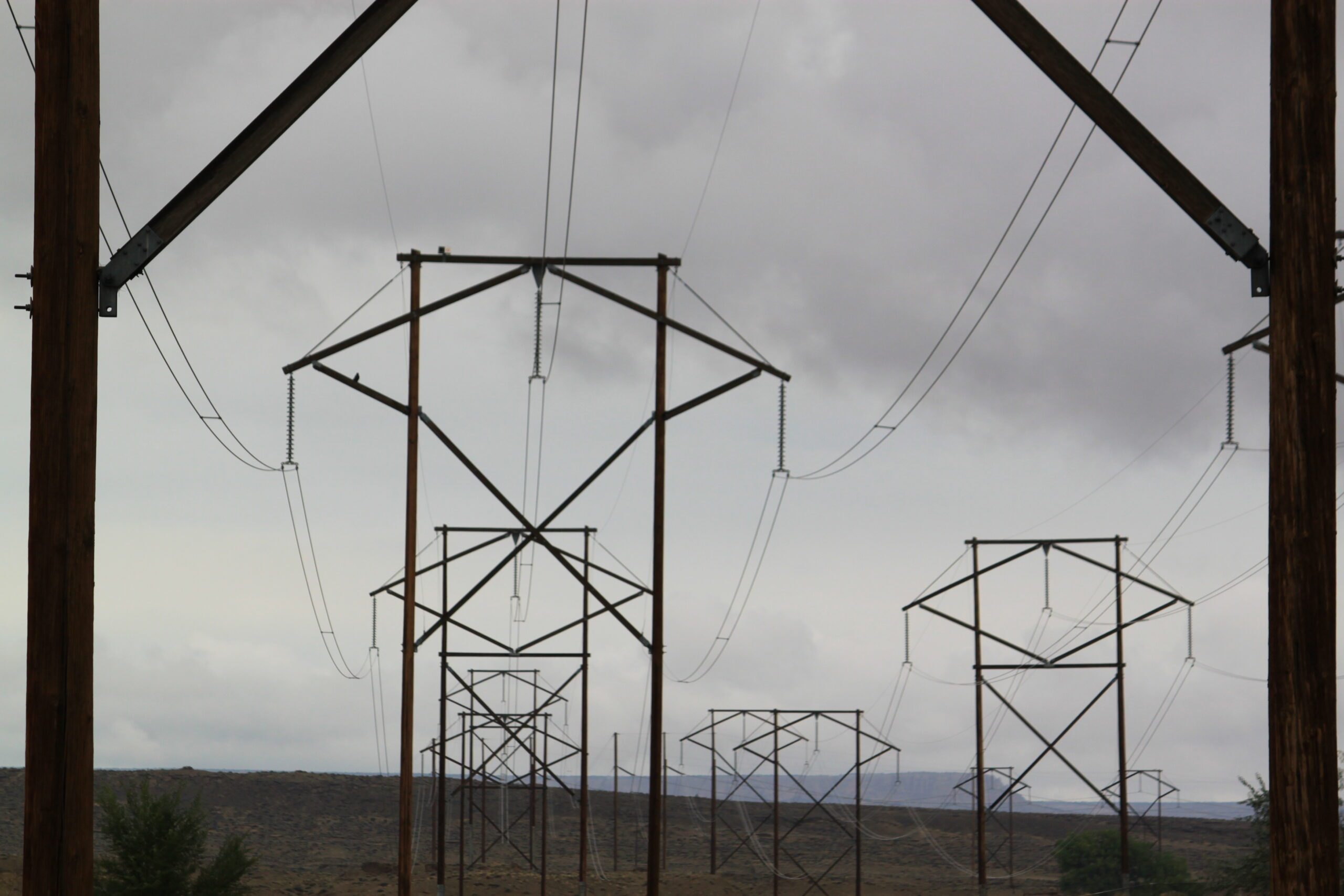 This Sept. 21, 2022 image shows transmission lines leading from the San Juan Generating Station near Waterflow, New Mexico. The coal-fired power plant's last operating unit is scheduled to shut down next week. Public Service Co. of New Mexico executives told state regulators during a meeting Thursday, Sept. 22, 2022, that they are still searching for options to replace some of the lost capacity for the 2023 peak season. (AP Photo/Susan Montoya Bryan)

ALBUQUERQUE, N.M. (AP) — New Mexico regulators are concerned about the ability of the state’s largest electric providers to meet demands during peak seasons in 2023 and 2024.

The Public Regulation Commission convened a special meeting Thursday with utility executives to discuss supply chain issues that have delayed projects that were meant to fill the void as Public Service Co. of New Mexico shutters a major coal-fired power plant in northwestern New Mexico and as demand increases.

PNM executives said the utility will have “quite a hole” to fill next summer since solar and battery storage systems that were initially expected to be online to replace the San Juan Generating Station — which is closing next week — won’t be operating as planned.

El Paso Electric, a utility that serves customers in southern New Mexico, also is expecting a capacity gap next summer. Like PNM, El Paso Electric will have to buy power from other producers to ensure adequate capacity when customers crank up their air conditioners during the hottest of days.

Utility executives told the regulators about skyrocketing prices for materials, escalating delivery costs and the inability of manufacturers to fill orders for items such as solar panels, transformers and other components needed to build new generating stations.

For those manufacturers who are still accepting orders, lead times can be as long as 72 months. Even the pieces needed to splice cables together before burying them are in short supply.

Still, the plan is to keep the lights on, said Mark Fenton, executive director of regulatory policy and case management for PNM.

Commissioner Stephen Fischmann told the executives to keep their priorities straight as they face what other commissioners acknowledged were unprecedented challenges.

“The lights going out is the worst case,” he said. “I’m pretty sure we’re going to avoid a crisis here but if we don’t, we need to keep all options open.”

In New Mexico’s oil patch, officials with Southwestern Public Service Co. expect over 55 megawatts of demand from oil and gas coming online next year and nearly double that the following year. The utility said it can meet that demand in the coming years but noted there are planned retirements of natural gas power plants toward the end of the decade.

PNM officials said they have revamped their plans for alerting customers when it looks like demand will outpace capacity and rolling outages might ensue. The media blitz will include automated calls, television and radio commercials along with social media posts that urge customers to cut back on their use. A special website would go live for tracking outages.

“The first thing is to not put customers in that situation,” said PNM spokesman Raymond Sandoval. “But we realize that we have to be prudent and have to plan for all sorts of contingencies.”