Emergency repair to begin on I-25 bridge south of Albuquerque

ALBUQUERQUE, N.M. – Emergency repair work is expected to begin on the I-25 bridge crossing the Rio Grande just south of Albuquerque next month.

“If it does not get worked on immediately, is it not considered an emergency, then that’s where we can really have some safety hazards come into play,” said Kimberly Gallegos, spokesperson for NMDOT-District 3.

Gallegos says over the course of two recent inspections, NMDOT inspectors noticed a significant increase in distress to the support structures underneath the bridge. Officials declared it an emergency to help speed up the repair process.

Temporary repairs were installed earlier this year. Gallegos says those repairs require oversized trucks – like ones carrying a house – to detour around the bridge.

A $1 million repair project aimed at making the bridge fully functional is expected to begin in August. Gallegos says crews will primarily work on the bridge at night, so traffic during the day is not disturbed. She says the interstate will likely be reduced to one lane in each direction during the repairs. 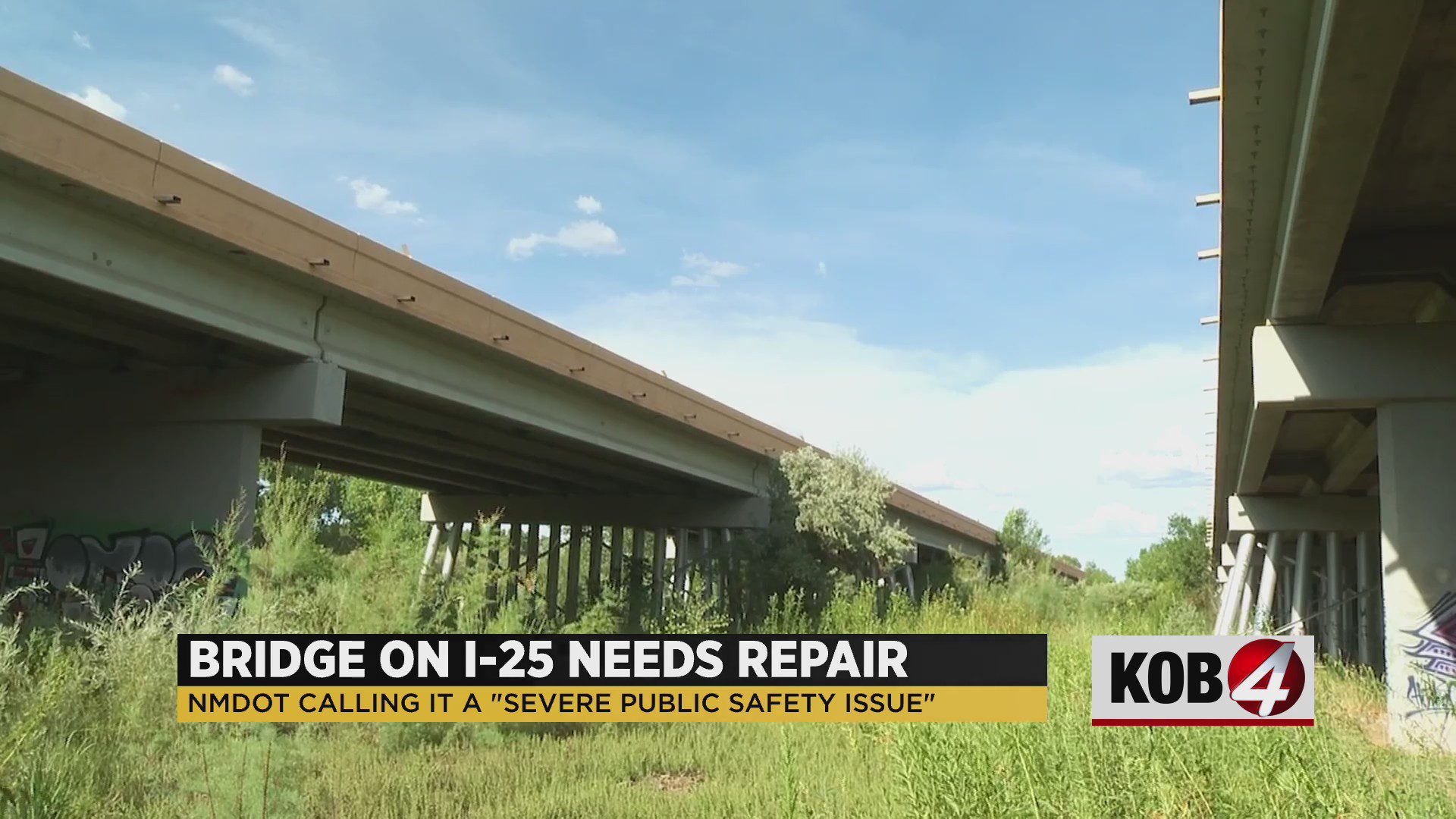 “It is going to get fixed and our main priority is the safety of the traveling public,” she said.

Gallegos says there’s a number of factors impacting the bridge, including brittle concrete used during construction. She added the bridge was built in 1973 and has experienced years of weathering.

DOT representatives say similar temporary repairs were installed on the Rio Bravo bridge crossing the Rio Grande a few years ago after inspectors found issues with that bridge’s supports.

“That was resolved,” Gallegos said. “It extended the life of the bridge until we’re ready to get out there and do another type of bridge or just redo the whole entire bridge altogether.”

The American Society of Civil Engineers found more than 200 bridges across New Mexico were structurally deficient in 2019. Gallegos says inspectors across the state are working to identify any more problem bridges.

“Statewide, our engineers take this very seriously they inspect within each district in our state,” Gallegos said. “They are out there constantly just making sure, for safety reasons and also just for annual inspections, that these bridges are in good shape.”