ALBUQUERQUE, N.M. – President Biden paid New Mexico a visit Saturday to see the damage from the Calf Canyon/Hermits Peak Fire from Air Force One, and he signed an executive order that expanded some federal assistance to 100%.

KOB 4 explains why there’s a lot more that needs to happen for the president’s pledge to become reality.

While the president’s talk about owing New Mexico and having a duty, sounds good, there’s only so much any president can do – or in this case, spend – without the OK from Congress.

“I just flew over some of the damage, and Air Force One is so damn big we couldn’t go in,” said Biden.

A fire looks a lot different from 20,000 feet than it does on the ground. The same goes for getting the big promise of federal assistance into the small places where it’s needed. 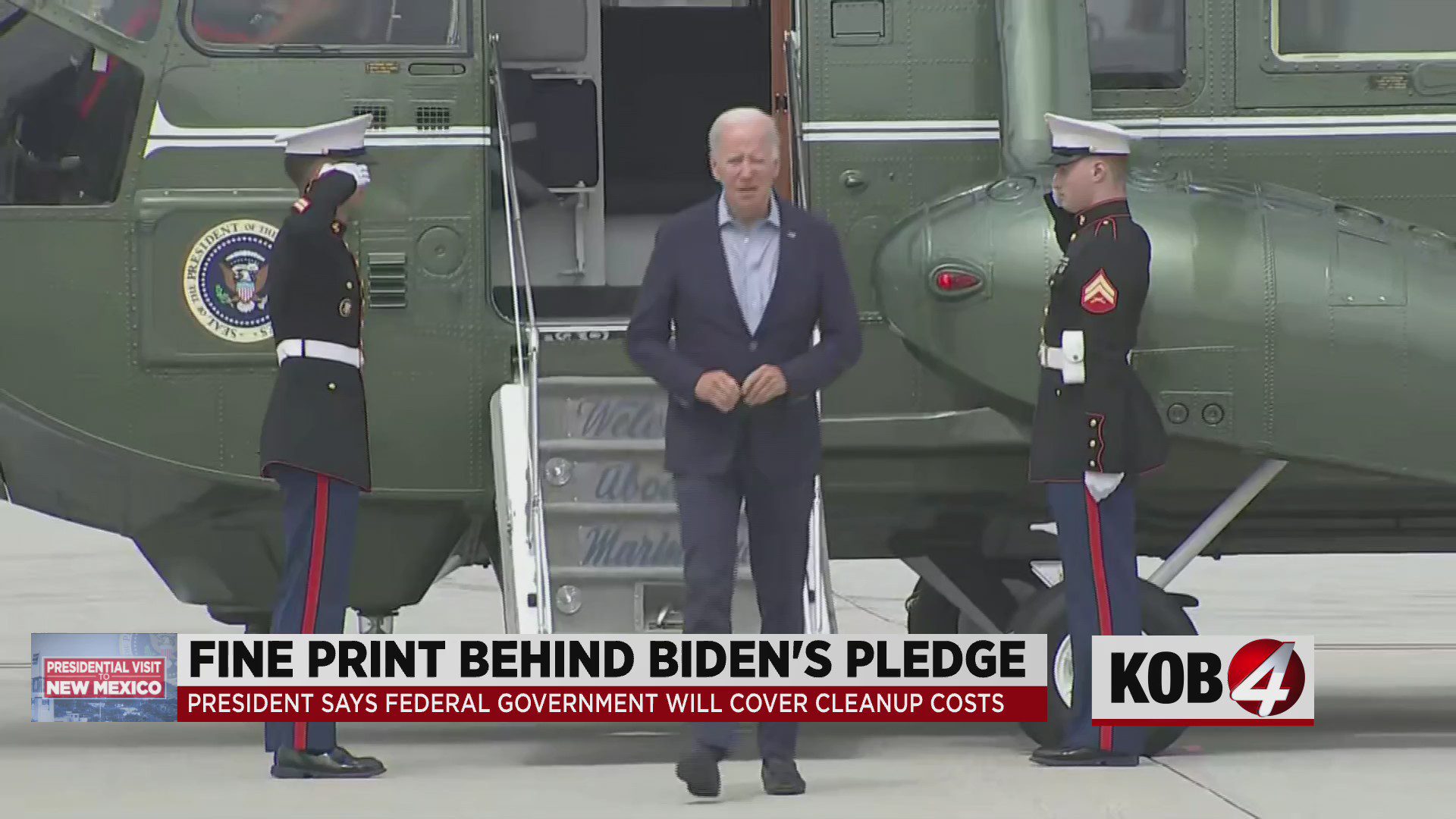 “Today I am announcing the federal government is covering 100% of the costs of debris removal emergency protective measures for the next critical months in this recovery,” Biden said.

But what about the fine print?

The 100% promise is for debris removal and emergency protective measures. It lasts for 90 days from the start of the fire, so it ends next month.

Right now, a lot of that money is going to governments, not everyday New Mexicans. Individual assistance is available, but the timing sets up a frustrating dynamic.

“What’s hard is, when we’re talking about all the money that’s already been (spent), it’s for firefighting and for goods and supplies and shelters and public safety. If you’re trying to rebuild your house, it doesn’t feel like anything has occurred,” said Gov. Michelle Lujan Grisham.

Before Biden took off for New Mexico Saturday, he said that he needs help from Congress to truly cover everything.

“I can’t commit that on my own. That’s what’s being proposed by in Congress. I support what they’re doing,” said Biden.

He’s talking about the Hermit’s Peak Fire Assistance act, which would force FEMA to cover more costs and do it quickly.

“When we get that act passed, we will be able to quickly move in and provide the compensation that the families need, that the businesses need that the communities need,” said U.S. Rep. Teresa Leger Fernandez.

Without it, the 100% promise is going to be hard to keep.