EXPLAINER: What is a pile burn?

MORA COUNTY, N.M. – On Friday, we learned the Calf Canyon Fire was started by a pile burn ordered by the U.S. Forest Service before it merged with the Hermits Peak Fire.

A pile burn is a type of prescribed burn where fire crews clear debris and branches, then they pile it all up and wait for the wood to dry before burning it. Usually, this is done in the winter. The pile burn that started the Calf Canyon Fire was actually lit back in January and somehow was reignited.

After remaining dormant under the surface through three winter snowstorms, this pile burn started up again In April.

“We have seen them in the southwestern region usually from a lightning strike will hit a tree and there might be some residual fire that will burrow down and will attach to a dead or dying root and can lay dormant there, but we have not seen them before with prescribed burns so this is a somewhat new occurrence for us,” Santa Fe National Forest Public Affairs Officer Julie Anne Overton said.

Overton says it’s more common to see pile burns reignite in regions like Alaska and the Pacific Northwest but not down here. 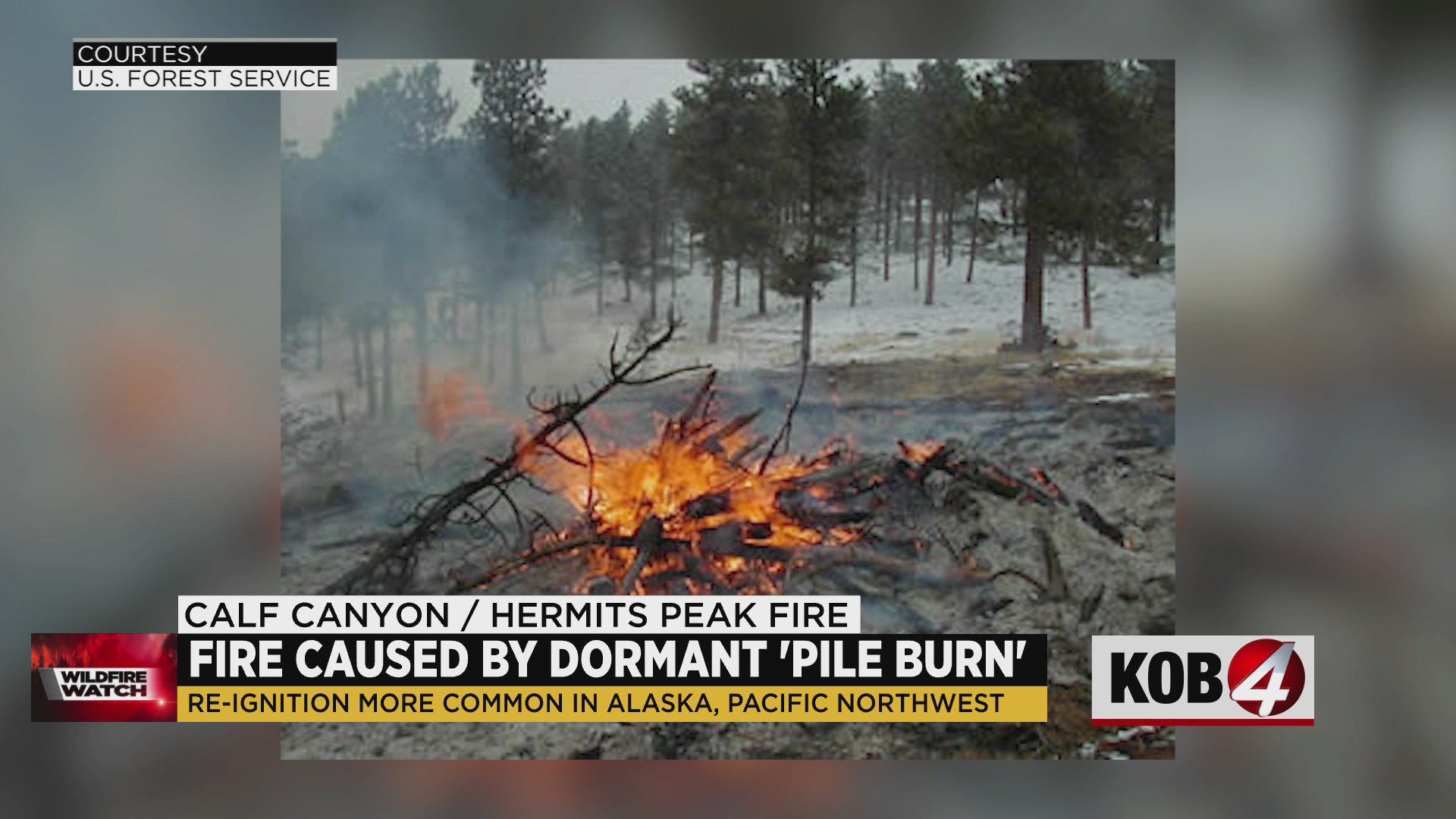 “I think what we are seeing here is climate change in action, these incidents like I said are traditionally a rare thing to happen, so we are going to take a look at it and make any change that we can base on lessons learned,” Overton said.

Earlier this month, the chief of the U.S. Forest Service put a pause on prescribed burns nationwide as they continue to investigate what went wrong here in New Mexico.

“How they were planned how they were implemented what happened after the spot fires escaped so that we will have a thorough analysis to see if changes need to be made to our own policies and processes,” Overton said.

Since this pile burn that started the Calf Canyon Fire was lying dormant, KOB 4 asked if there are other pile burns across the state that the National Forest Service is looking into how – to make sure they don’t spark another fire.

“I don’t know,” Overton said. “I don’t have an answer based on my knowledge of that, I would assume so but I can’t really confirm that.”

Overton also adds while prescribed burns are paused, for the time being, they are an important part of our forest maintenance and are used to try and prevent wildfires. Clearly though in this case, they caused them.