ALBUQUERQUE, N.M. – It’s been nearly a year since a 13-year-old was shot dead at Washington Middle School, and a man shot and killed at Ojos Locos Sports Cantina – tragedies that left two families mourning.

These families want to make sure others don’t have to go through what they are going through now – waiting for justice nearly a year after their loved ones were shot and killed.

On Aug. 12 2021, a fight over a drink at Ojos Locos Sports Bar in Uptown lead to multiple people being shot and one – Lawrence Anzures – died at the scene.

“Lawrence Anzures’ killer is still out, he is identified, however he is not caught,” said David Aragon, organizer.

Then the next day there was a fatal shooting at a middle school. 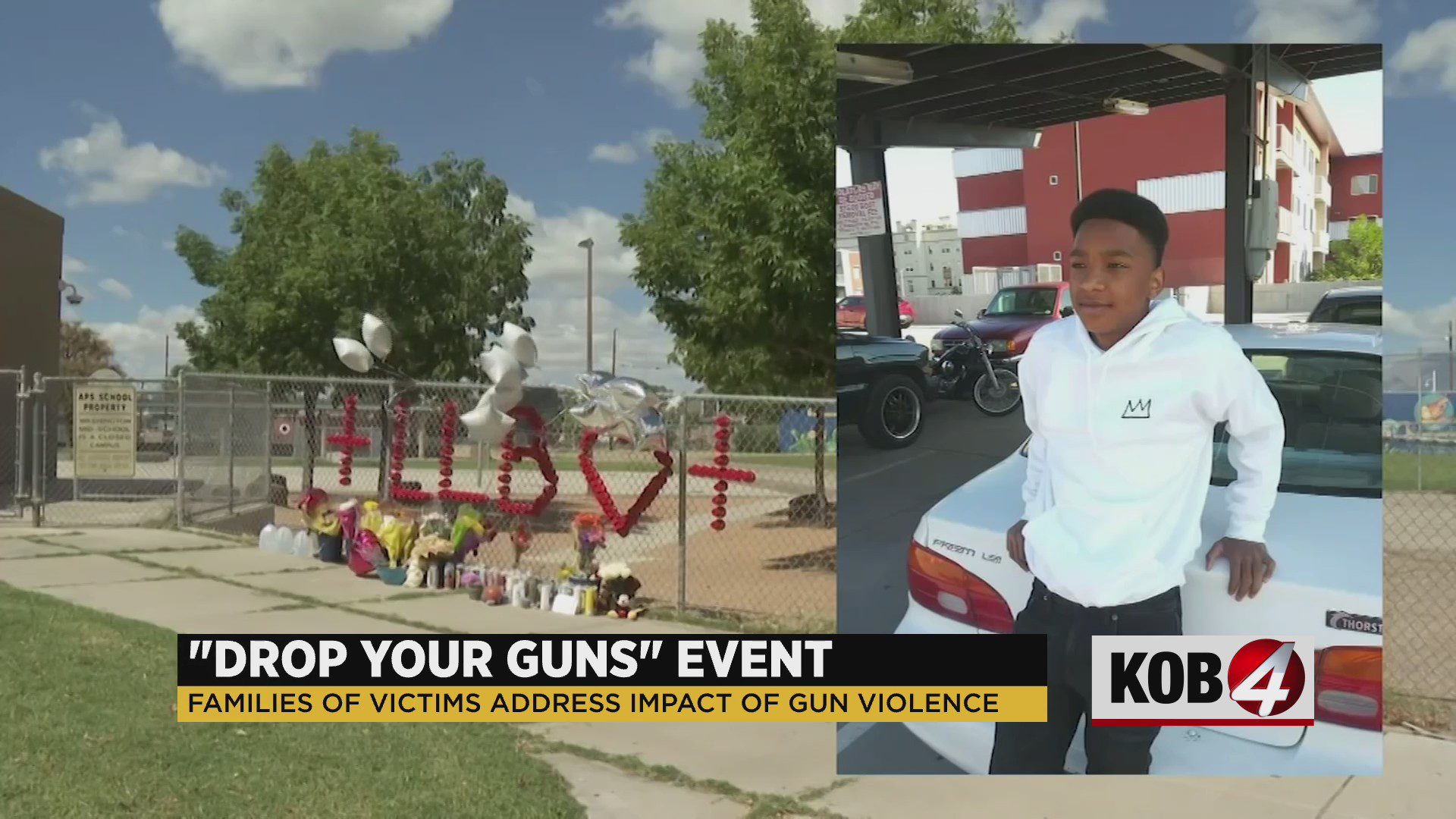 “My son was murdered at Washington Middle School Aug. 13 2021 by a fellow classmate, he was sticking up for a classmate being bullied,” said Collette Wise, Bennie Hargrove’s mother.

That suspect was another 13-year-old at the time, Juan Saucedo Jr., who is currently in juvenile detention as the court works to determine if he is mentally competent to stand trial.

“It was tragic what happened to Bennie and I don’t want any other mother to feel what we feel, we want New Mexico to put laws in to protect our kids from guns, you know, lock out guns up,” said Wise.

The Bennie Hargrove Act was introduced during the last legislative session.

“That would have made the possession of a firearm by a minor a felony and that was blocked,” said Raúl Torrez, Bernalillo County district attorney.

So now these families are weighing their other options.

“What we have going on today is drop your weapons for Lawrence,” said Aragon.

Trying to bring the community together and raise awareness of gun violence in the metro and across the state.

“In today’s day and age in Albuquerque we have many young individuals who are taking each other’s life’s, and they are not thinking about the consequences and what we want to do is change that tide,”  Aragon said.

A new study has found that alcohol has been a major factor in violent deaths in New Mexico.

Alcohol was at Ojos Locos shooting, and the shooting Friday outside a house party.

Also in 2020, the Health Department said there were 231 violent deaths related to alcohol – that number is higher than the number of alcohol related traffic deaths that year.