ALBUQUERQUE, N.M. – New Mexico boxing legend Johnny Tapia had an untimely death back in 2012 and after his own gym closed in 2015 boxing fans haven’t had a place to train like the champ until now.

His family is ready to tap in for a new round of sharing his legacy with “Tapiaville.”

“This is the future and also the legacy of the late great Johnny Tapia,” said Teresa Tapia, Johnny Tapia’s wife.

The family of New Mexican boxing legend Johnny Tapia is gearing up for the grand opening of a new gym in his honor – the Tapiaville Center.

“You know it’s bittersweet because you want him here he had a gym and I couldn’t go there after his passing and I closed it and I know it hurt a lot of people,” said Teresa. 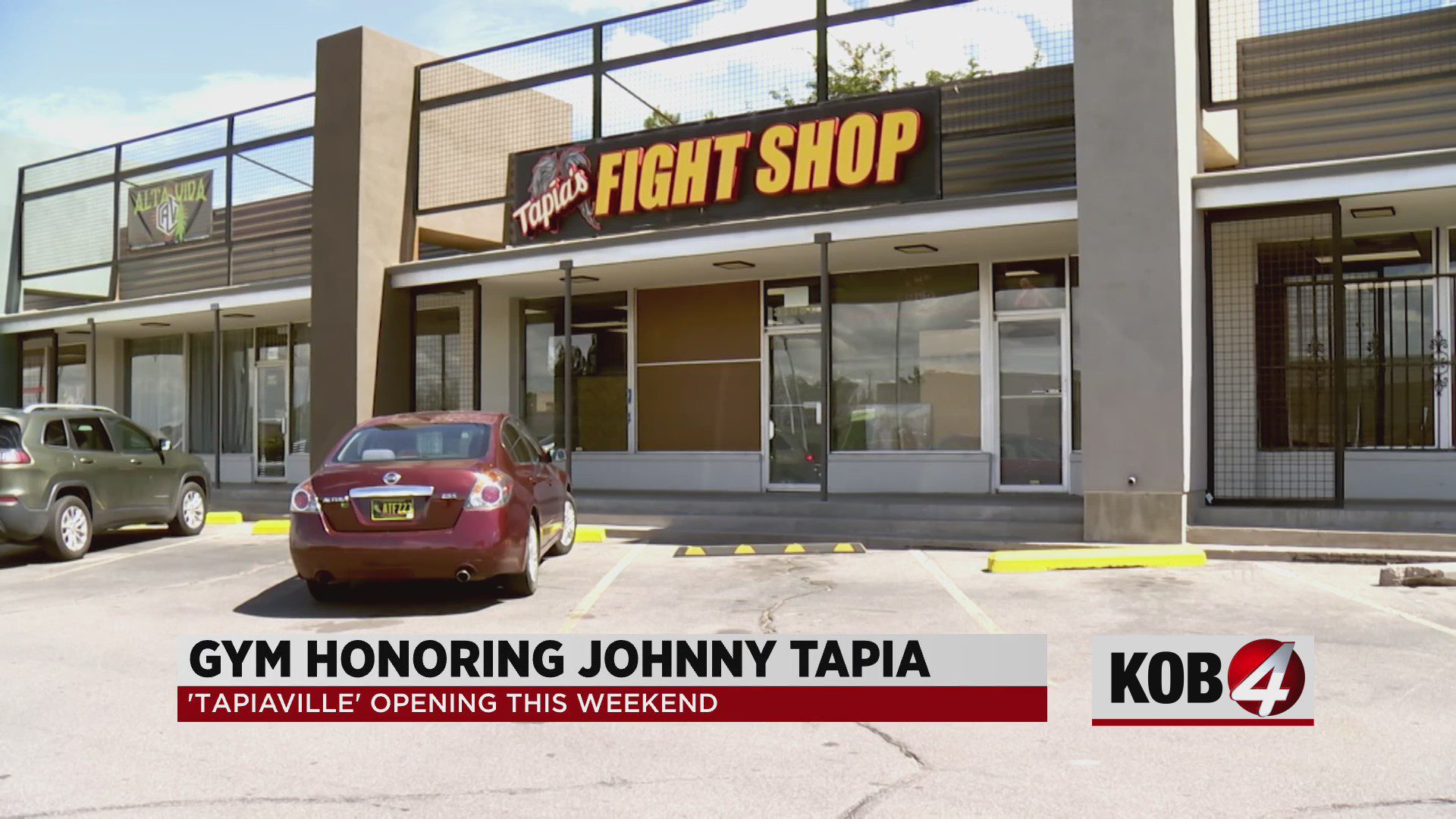 The family has been working on the new gym for months and is now set for opening in just a few days.

“Honestly it’s been so long, it’s been a long time coming and I feel like we definitely needed it,” said Johnny Tapia Jr.

“It’s always been something close to johnny’s heart and when he was alive he didn’t do anything for media attention, he did everything out of his heart,” said Teresa.

The family says they want to host fundraisers for different causes starting with donations of children’s coats at Sunday’s grand opening.

The new gym features tons of equipment Tapia trained on himself, as well as special family photos.

The family hopes they can help the next generation step into the ring.

“That’s kind of our main focus is lets bring the kids in here lets put the gloves on and drop the guns,” said Johnny Tapia Jr.

Tapia’s own children have found a love for the ring too – even starting to compete at the amateur level.

“I love it, I love the sport with everything in me and I’m just excited for what the future has to hold,” said Niko Tapia, Johnny’s Tapia’s son.

Even though Tapia is gone his family wants to carry on his legacy by doing what he loved.

“It’s exciting but it’s also very scary because he’s not here to be in my corner, but all we can do is continue to push forward you know and try and do our best in the ring and out,” said Tapia Jr.