ALBUQUERQUE, N.M. — There’s an update on a deadly police shooting from back in November when Albuquerque police officers shot and killed 41-year-old Jesus Crosby right in front of the department’s own headquarters.

Now, Crosby’s family is responding to the newly-released police lapel video of his death.

In a statement, attorneys representing the Crosby family said in part:

“Although we have been angry and shocked since the shooting, we did not want to make any assumptions about APD’s fault.

Before we came to any judgments or sought media attention, we submitted multiple formal requests to APD for lapel video and other evidence, beginning on November 17th 2022.” 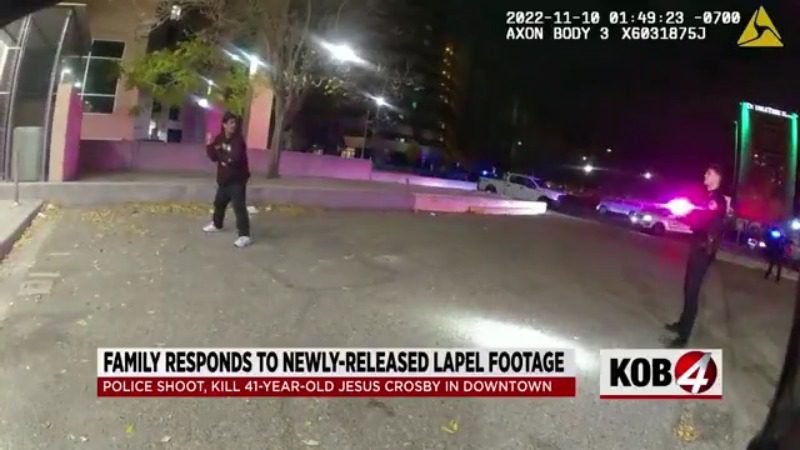 They went to say:

“Last night, after APD apparently decided to ignore our requests and release the footage to local media instead of us, we watched our son’s last moments of life along with the rest of Albuquerque. The sadness of watching Jesus die is hard to endure. The senselessness of his death is unbearable.”

They also say he was armed with what officers thought was a knife.

After he was killed, officers found out he was actually wielding a pair of nail clippers with the file extended.

In that statement from Crosby’s attorneys, they urged the city to find non-violent solutions to help people like Crosby.  They also said no lawsuit has been filed yet, but they do anticipate one may be filed on behalf of the family soon.

View the full statement from the attorney’s representing the Crosby family below: