“He used to really love swimming,” his mother, Jessica Hibben said. “We haven’t been able to do it because of a device that’s placed in his bladder right now.”

Rafe has a genetic mutation called IQSEC2. According to “Unique,” a charity and information network for rare chromosome disorders, the first case was identified in 2013. Since then, close to a hundred people, mostly children, have been diagnosed with IQSEC2.

Because the condition is so rare, Rafe’s family said it has been extremely difficult to get him the care that he needs, and it is scary when even the best doctors in the country do not know what they are up against.

“Rafe was about 18 months of age, when we discovered he had this mutation,” his mother said. “Typically, these kiddos will present with epilepsy, developmental delay, lots of different things.” 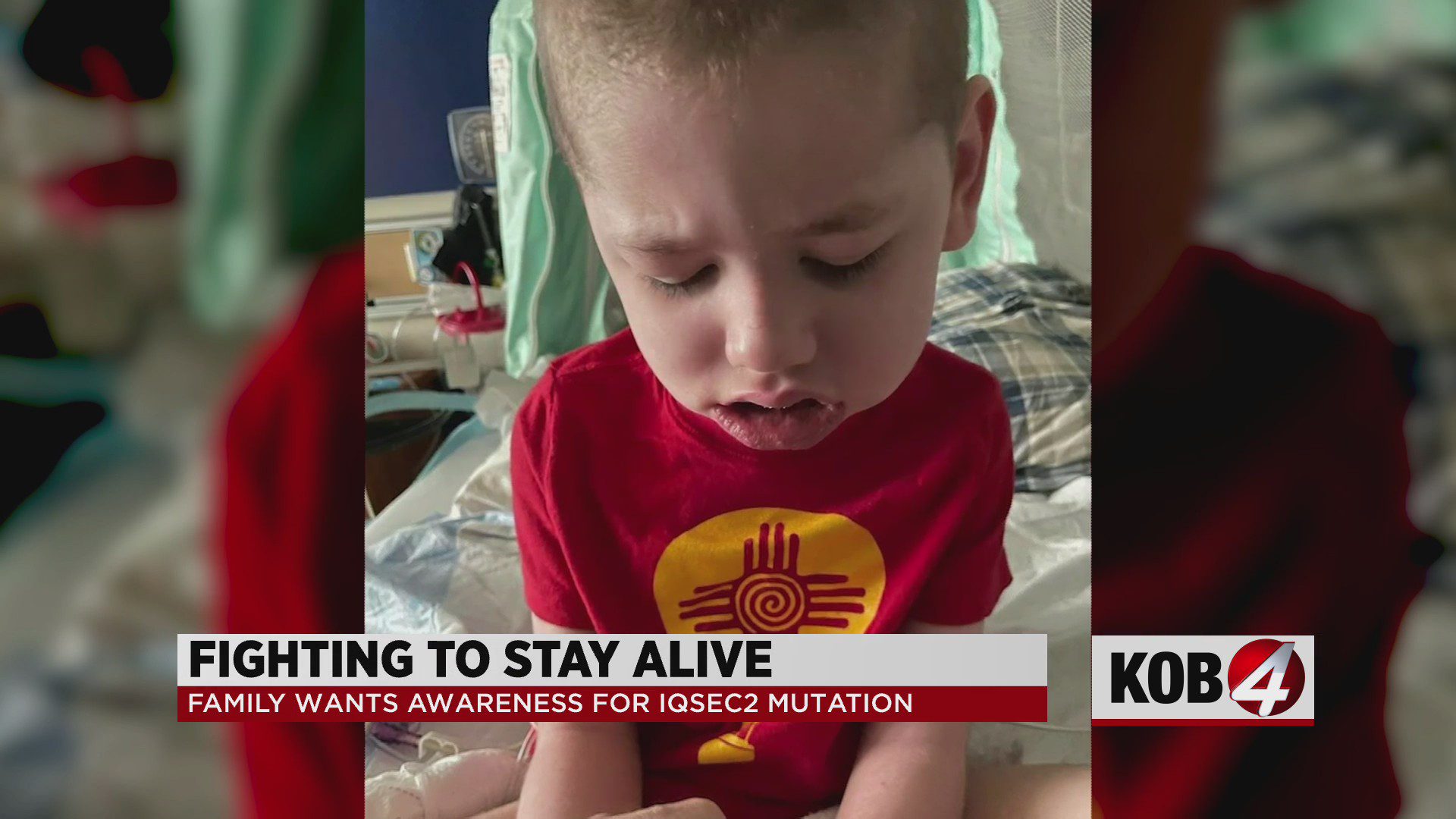 She said Rafe has battled significant epilepsy, recurrent infections and possibly pain. Since he is non-verbal, it is difficult to identify where it comes from. He has been admitted to UNM hospital more than 40 times in his short life, as well as children’s hospitals in Colorado and Massachusetts.

“These hospitalizations are going longer,” Jessica said. “This is our longest, four months.”

After several in Albuquerque, Rafe’s parents were able to transfer him to Stanford Medical Center in California.

Those close to the family told KOB 4 the Hibbens have made countless sacrifices to get Rafe the help he needs.

“Jess isn’t working, and they are constantly trying to make ends meet,” said Katy Yanda, one of Jessica’s friends from grad school. “They are lucky enough to have insurance, but the extraneous medical expenses, the travel expenses, there’s no housing for them. So there, I know Jess is sleeping, you know, in the hospital room, she’s sleeping down the hall.”

“This is a very hard way of life,” Jessica said. “I have not been able to work, so that I can show up every day. My kiddo is non-speaking, and so I have to speak for him, I have to be his advocate. Pretty much my entire job is to remain at the hospital with him and make sure he’s getting what he needs.”

Friends of the Hibben family created a GoFundMe page to help them through this difficult time. Click here for information or to make a donation.