LITTLE WATER, N.M. –It’s like a Wild West movie, gun shots were heard in a remote New Mexico town and bullets were found along with a dead lamb just steps from a family’s front door. Now, the family is fearful that if something is not done soon – the situation could escalate.

Down a quiet gravel road just south of Shiprock, Christine Benally said she was startled Saturday evening by a loud noise.

“Pop, pop, pop, they were going really fast I don’t think there was even a time of silence between them,” said Christine.

And that is the same noise her brother, Erickson Benally heard just a few yards away.

“It was real rapid gun fire like eight to 10 shots. I tried to get up, as slow as I am, it’s real slow and when I got to the window the vehicle involved was already gone,” said Erickson. 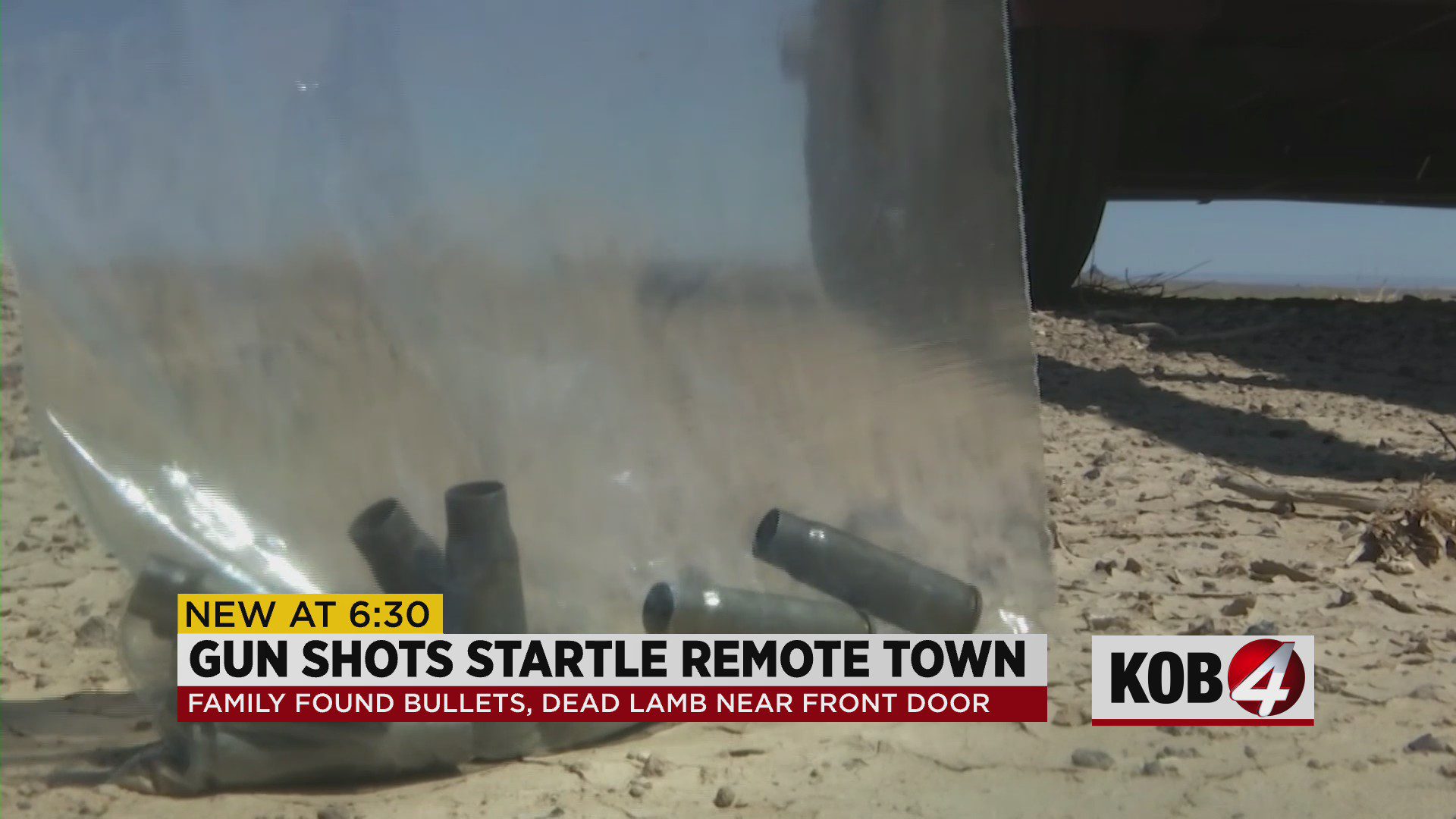 But Christine said she got a glimpse of a familiar dark blue car burning rubber, “there was knocking on my door, and then I saw him go by.”

Then her phone rang.

“My grandnephew called I thought wait something is going on. He said that a lamb is dead and another sheep is bleeding,” said Christine. “There was some casings around the trailer, the flatbed trailer and he showed me where the lamb was and I said this is gun shots.”

Now home no longer feels like a place of refuge.

“It’s like we are constantly watching our back and we shouldn’t have to live that way, does he come back around and shoot us all, Christine added.

And for Erickson, he said this is something you only see on television.

“I mean things like this happen in the news, but this is here,” he said.

Christine and Erickson say they believe they know who killed the lamb and it’s someone who they say has a violent history. She provided KOB 4 with a police report number and the Navajo Police Department told us the report could take up to 10 to 15 business days for to be processed.

The officer on the case also said they are unable to release any information on an ongoing investigation.