MORA COUNTY, N.M. – Instead of celebrating the Fourth of July, family members and friends in Mora County will be grieving.

A grandmother and two young children were killed late Friday after a speeding car slammed into their vehicle as they were backing up from a driveway. Neither police nor family have confirmed that everyone in both vehicles lived in Wagon Mound.

“I don’t feel too good today, I lost three members of my family, but what can you do,” said Ricardo Martinez, Irene Romero’s stepdad.

Martinez is still in shock after losing so many family members at once late Friday night. That’s when 22-year-old Jesse Joel Blanco and his passenger, 20-year-old Dominic Armijo crashed into 42-year-old Irene Romero’s car.

State police say Blanco was allegedly speeding when he rear ended Romero as she was pulling out of a driveway. She died in the crash, along with her granddaughter 4-year-old Annalise Romero and her niece 9-year-old Daniela Lopez. 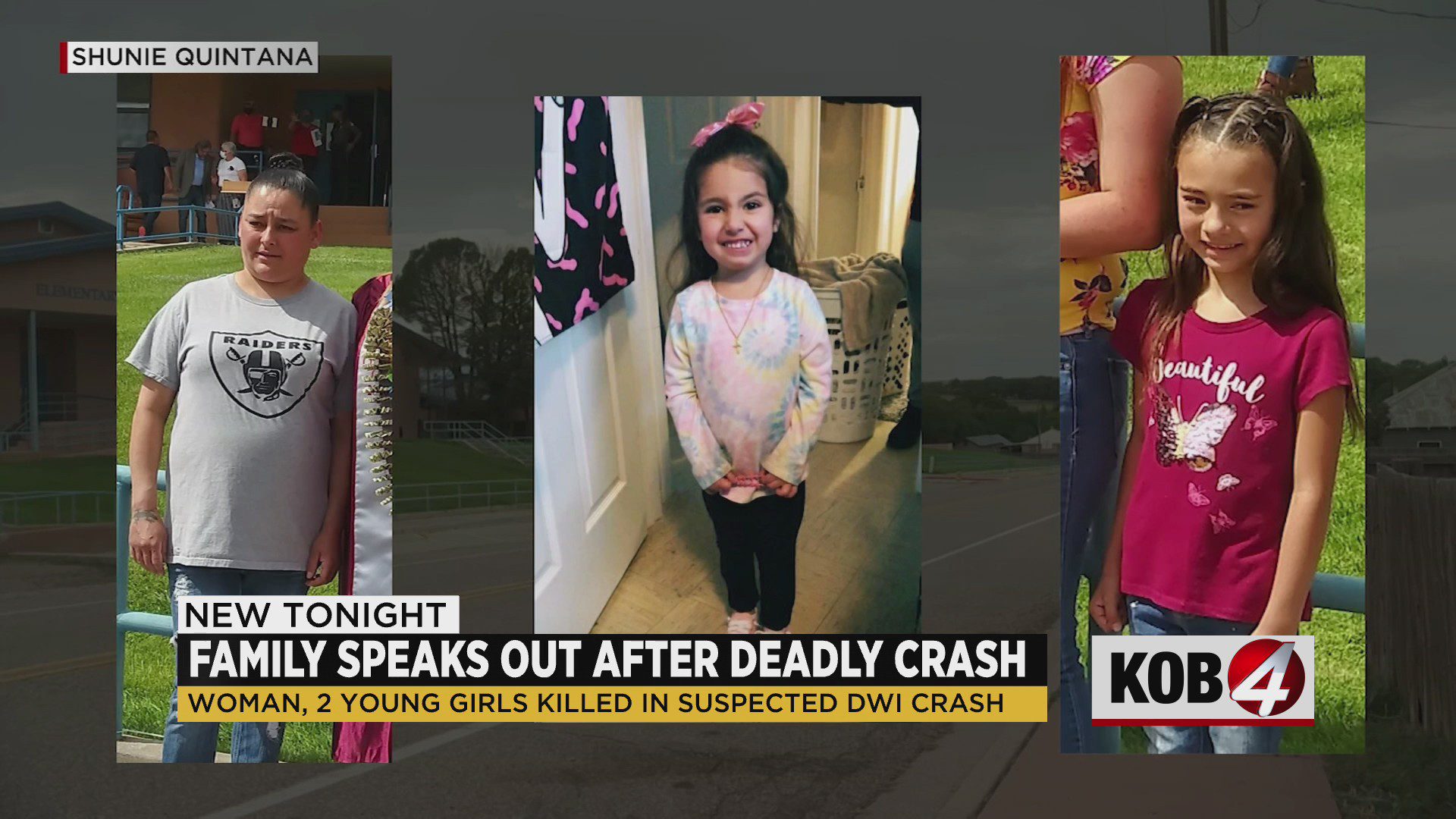 The only survivor in her vehicle was her 21-year-old daughter Shantelle Romero.

“I feel there needs to be more done over here, have them patrol more and get those kids that are racing all over town,” said Martinez.

Their family is frustrated. They say speeding is always an issue and so is getting any police out to the scene too.

“But you know sometimes they call them to two, three hours, you stay waiting for them – nobody shows up,” Martinez said.

And sadly it’s too late for Irene, Daniela and Annalise.

“She’s donating the organs of that little girl today to try and save somebody’s life because we care, she cares, you know? When my granddaughter, Daniela, love of my life, I loved her I was there when she was born. I know we have to live without her,” said Martinez.

According to state police, Blanco was drunk at the time of the crash.

“That bottle they bought it, I was buying a six-pack in front of him,” he said.

The same bottle was in his yard after the crash.

Police have now charged Armijo with tampering with evidence for trying to hide alcohol bottles.

Both Blanco and Armijo were booked into the San Miguel County Detention Center.

“I’m glad they’re where they’re at but surely wish it would’ve happened somewhere of the way because I would’ve had my family,” said Martinez. “I don’t want anything else to happen in this community we’ve gone through a lot, and you know, I think it could be prevented.”

The family has set up a GoFundMe page.

Wagon Mound Public Schools is asking people to pray for the community.  Officials say there will be counselors on campus Tuesday for anyone who needs to talk.