ALBUQUERQUE, N.M. – Sad news for Lobo football fans. On Monday, KOB 4 learned the big cottonwood tree near the south end zone was blown over during a monsoon storm.

This tree has been a mainstay in Lobo Stadium for decades. But this season it won’t be there when the team kicks off the new season this weekend.

Unfortunately, UNM athletics told KOB 4 the cottonwood cannot be saved and crews will be tearing it down Tuesday. Meaning the Lobo’s season opener will be down one major player.

Looking back at Lobo football games no matter if we won or lost, you could rely on one thing for sure, fans always found shade under the big cottonwood tree by the south end zone.

“Going to every game and seeing that grassy area and see how many people sit underneath it, it’s just so special to have that many people go to a game,” Lobo fan and UNM student Jarrod Trainor said. 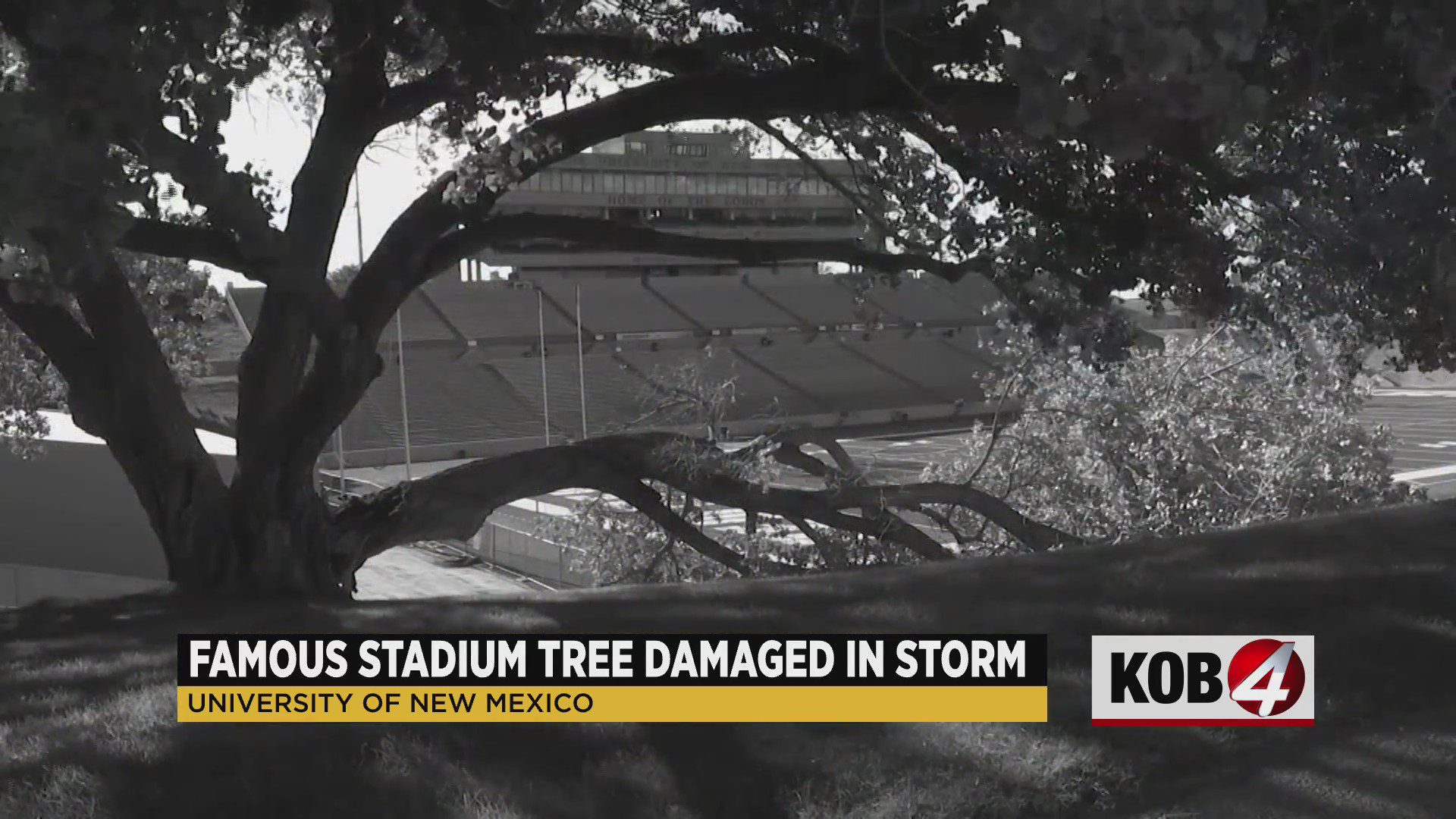 “That was the only place I ever sat cause like the seats were right directly in the sun and not very nice,” UNM Sophomore Emma Harrison said.

But those shady days are perhaps gone for these Lobo fans. On Monday morning the official UNM Lobo Twitter account broke the news the fan favorite tree will be just a memory.

“I was actually really saddened when I saw it and the pictures of it I was just devastated,” Trainor said.

He’s not alone, fans of all ages shared their stories centered around the tree.

“One of the coolest spots to watch the game,” one Twitter user wrote.

“Such a unique feature I will sure miss seeing it,” another fan added online.

Nearly half of the tree is now on the ground after a recent storm destroyed it. The grassy area surrounding the tree will be closed off for this weekend’s home opener. Some fans went as far as saying they’re not even sure they’ll go to the game now.

“That’s really too bad sounds like it will be hot and sunny, so I probably won’t be there,” Harrison said.

But maybe where one tree falls, another opportunity will start to grow.

“It’s a little heartbreaking because there is going to be less fans. The good thing is there will be more fans in the stands,” Trainor added.

As of right now, there are no plans to replace the tree. Plus, the grassy area will be closed until further notice because crews are focused on safely removing the massive tree before Saturday’s game.