FARMINGTON, N.M. – The Connie Mack World Series is a huge economic driver for the City of Farmington, attracting visitors from across the country to the Four Corners.

During the event, there is an annual parade that kicks off the World Series in downtown Farmington. But, one restaurant owner, says he’s fed-up over the lack of public restrooms that were available for the large crowds the event drew.

John Silva the owner of Three Rivers Brewery, and has been in business for 25 years in downtown Farmington. He said the lack of public restrooms at the parade Thursday caused people to take care of business elsewhere.

“I caught people in our alleys using the bathrooms in our alleys, we don’t have restrooms in the alleys so it’s kind of disgusting,” Silva said.

He added that it’s not local businesses’ responsibility to offer up their restrooms, and portable restrooms should be provided at every event Farmington has. 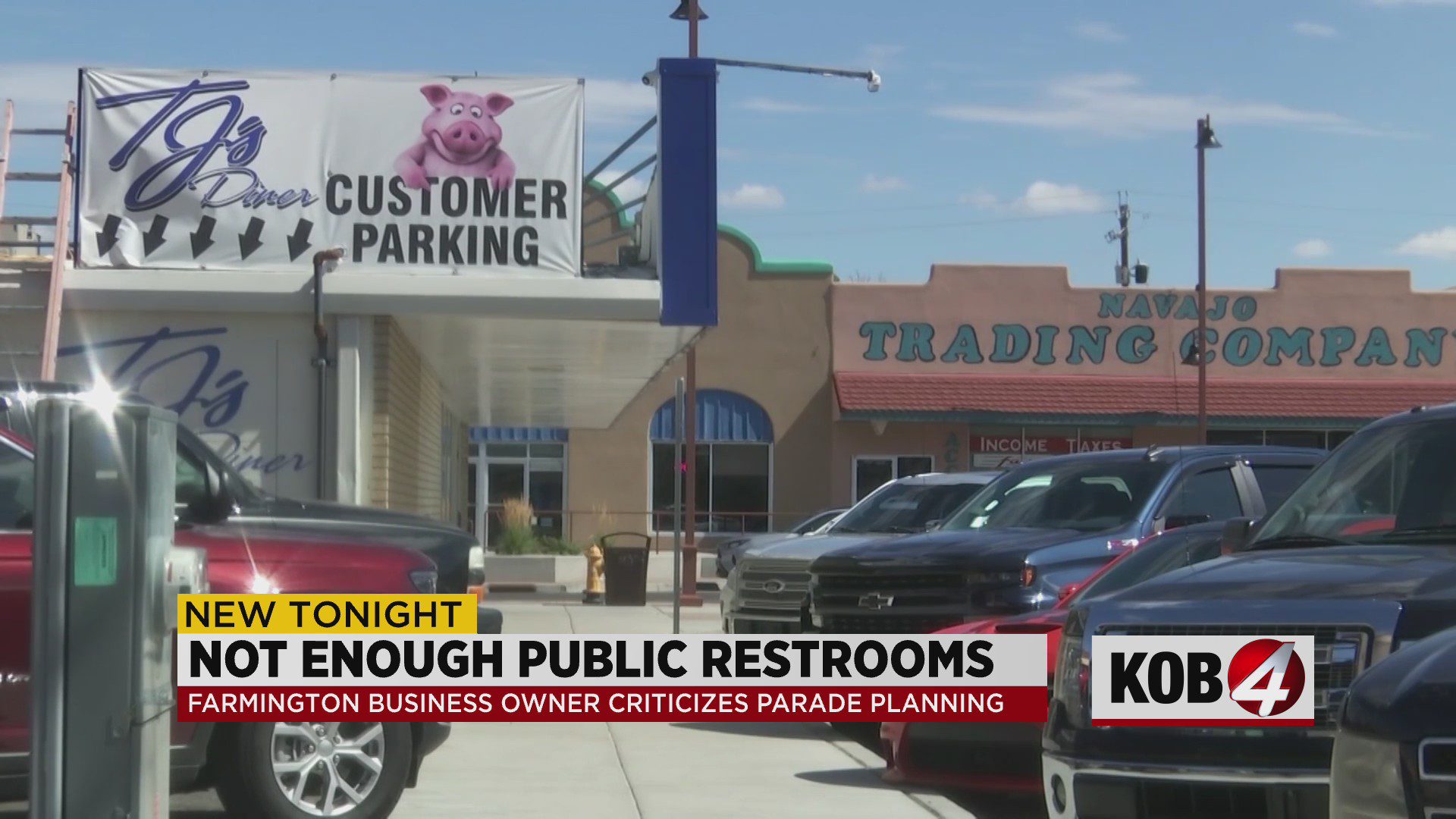 “I’m not a public restroom, especially with the costs of everything, the water bill, the facilities -somebody to clean it, it takes a lot to maintain restrooms when you have a flow of people off the streets trying to use them,” Silva said.

And this is not a new problem according to Silva, he said for the last 20 years he’s been writing letters to city official about the issue.

However, the Mayor of Farmington, Nate Duckett says this is one of the few times it’s been brought to his attention.

“We had this tournament here for 57 years, and we probably had 57 parades just for Connie Mack, plus the Christmas parade, plus the San Juan County fair parade, plus the electric light parade for the Fourth of July, and this is only the second time I may have heard of a need of addition public amenities.”

Even so, the mayor says it’s now on his to-do list.

“Anytime any constituent brings a concern forward, we always take it very seriously and we consider it for the next event that we may have,” he said.

Silva says he hopes the city will follow through on their promise, and the City of Farmington wants people to know that there are public restrooms available at the Navajo Museum, the Civic Center, and Orchard Park.