FARMINGTON, N.M. – If you stop and take a moment to look around, chances are you’ll see someone on their phone. The truth is, we live in a digital age where in order to get someone’s attention, sometimes it’s easier to reach them online. So, the Farmington Police Department is doing just that – creating an online presence as a way to attract a younger generation into becoming a police officer.

“Not until two and a half years ago, the way we recruited was the same way that I was recruited 20 years ago,” Lt. Nate Lacey from the Farmington Police Department said.

And 20 years ago, getting people interested in becoming an officer was easy work.

“I have worked in recruiting for quite a while, and historically we really didn’t have to recruit heavily just basic job fairs and stuff like that and we would tend to get plenty of applications to keep us either full or near full capacity,” Lacey said.

Now the pipeline of new recruits isn’t as strong as it once was, so the Farmington Police Department started utilizing technology. 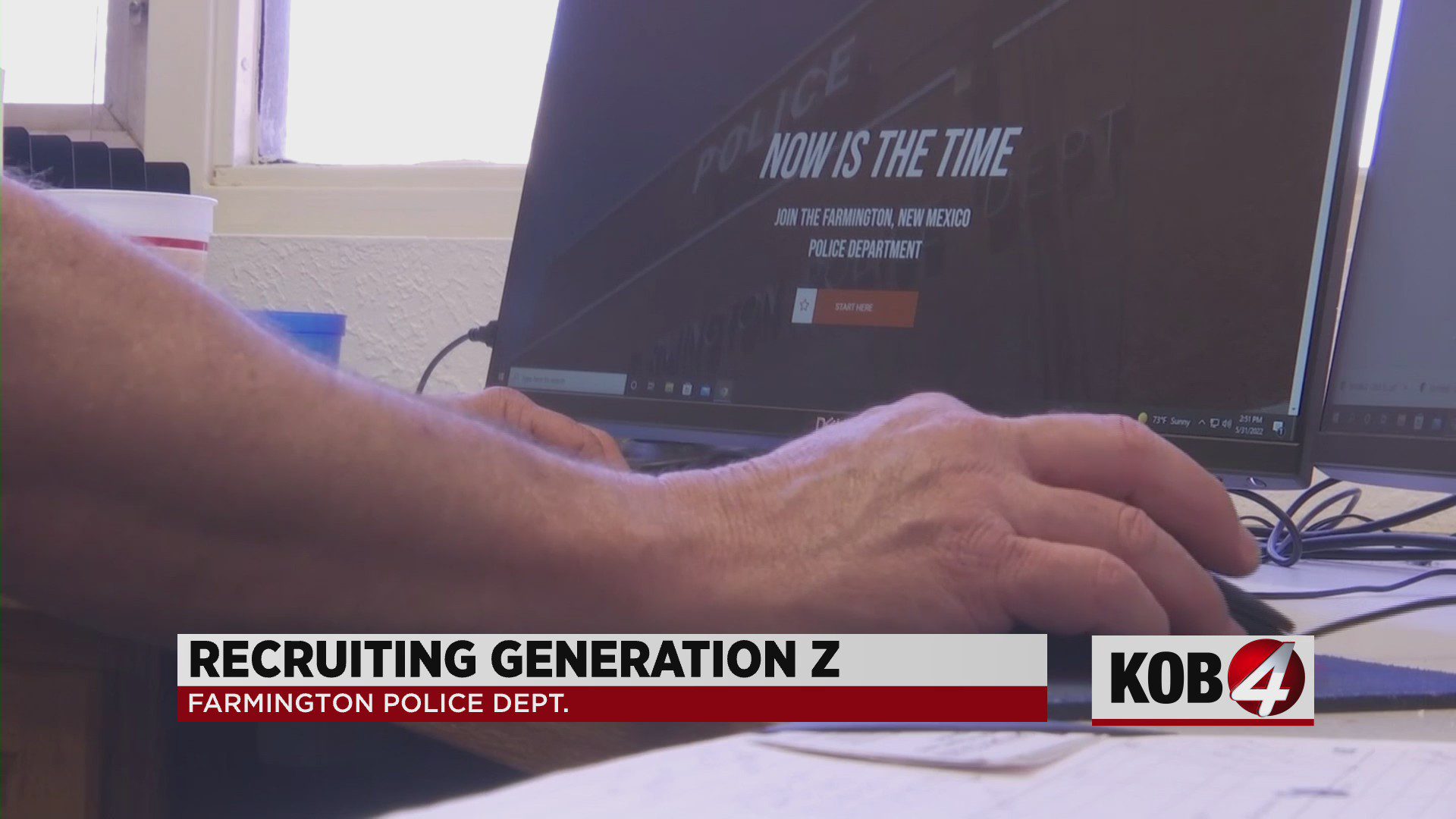 “We started to do something’s that people do in the private sector, using databases we could keep track of people. For instance, if somebody was in the military and they weren’t getting out for a year from now, we have a software where we can track that, and send ourselves reminders, saying this person is getting out in July of next year let’s give them a call and see if they still have interest in being a police officer,” Lacey added.

They are also meeting the younger generations who spend most of their time, online.

“In today’s day in age people are used to communicating with their cell phones and things like that, so now we have the technology implemented where our recruiters are able to do chat functions with people. So, if people just want to open a chat with us, we can start talking to them and at least open that door. Building a social media presence opens us up to a new generation of officers,” Lacey said.

It’s critical that these efforts work because the police force needs to hire enough recruits to replace the officers retiring.

“What we need to do is try to find new officers that are willing to step in and fill those shoes and unfortunately it takes a little while for people to gain experience in this job so its unfortunate to lose that experience but again our younger officers are motivated and they want to do the job,” Lacey said.

Lacey added they have been seeing an increase in the number of applications from their more personalized approach to recruiting. He also spoke at a conference last week in Wisconsin to share how these changes are benefiting the force.