FARMINGTON, N.M. – In Farmington, the police department has seen an increase in more guns in the hands of the wrong people.

“One of the most important things that have changed is that we are facing a narrative that is unprecedented nationally,” he said. “We are facing an uphill battle in our recruiting that is a definite challenge for any agency across the United States.”

Crum says the size of recruiting classes have been cut in half since the pandemic. Now with fewer people interested joining the force, the department is facing an increase in a different battle.

“We have seen an uptick in violent crime, especially in this current calendar year. We have currently on case 92 cases where we have taken guns off the street,” he said. 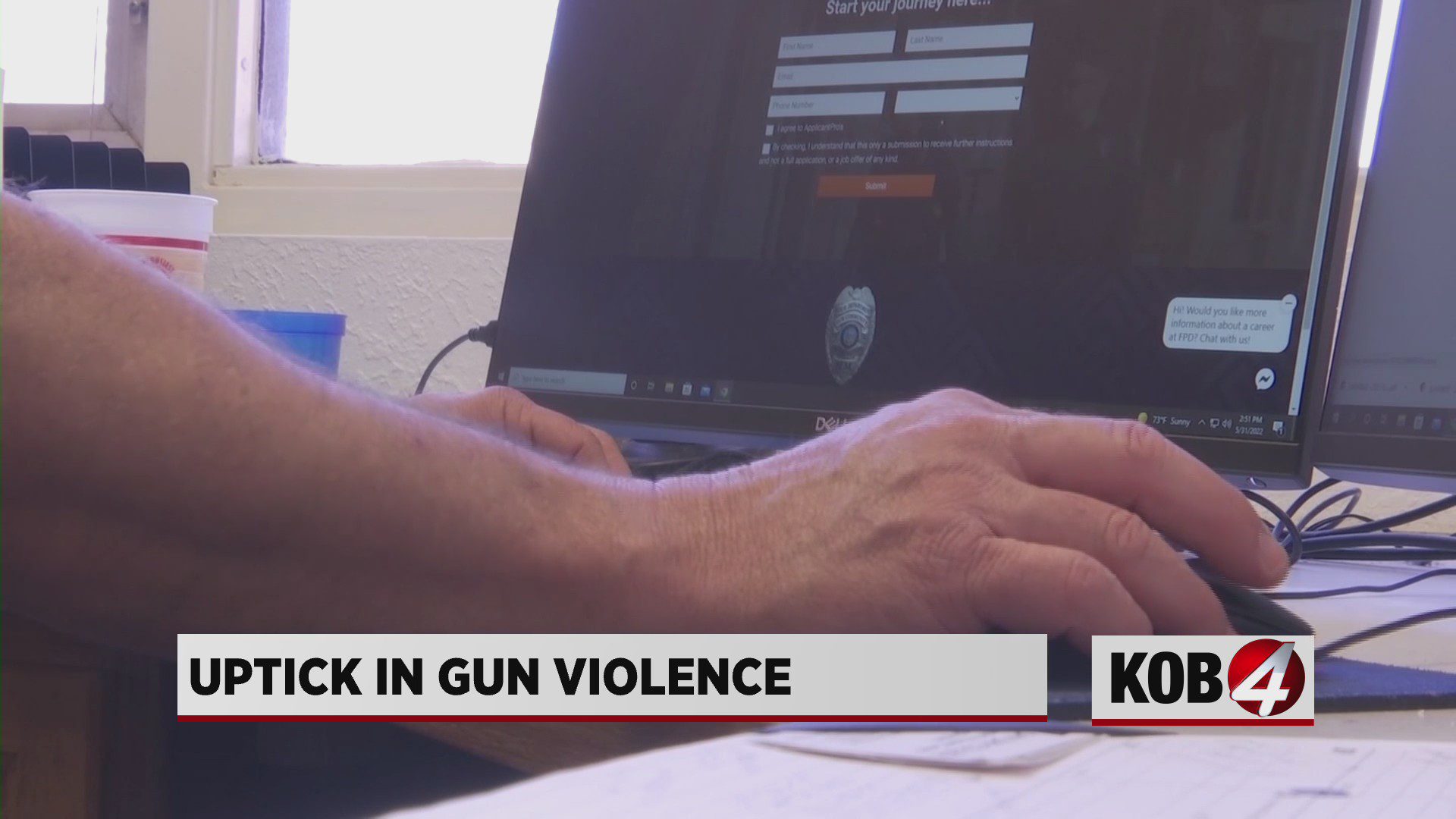 Crum says from March to July the department has seen an average of 15 gun-related cases a month, compared to previous years when it was just four to six cases during that same time frame.

He says that those numbers have prompted the department to take action.

“(It) has lead us to develop what we tasked as a Violent Crimes Task Force, we have taken that task force and solicited for our more experienced officers to come together and to find those individuals that are associated with those particular crimes,” Crum said.

And part of the reason for more violent crime is contributed to more narcotics.

“We just recently had one of our updates on narcotics in the last quarter our narcotics seizures were up considerably in the area of methamphetamine, fentanyl, heroin, those were significantly up over past quarters,” said Crum.

He says over the past few years, the department has invested heavily in its real-time crime center technology, which has been working to help them solve those crimes.