Farmington Salvation Army gets a makeover to kick off revitalization plans

FARMINGTON, N.M. – One of the things the Salvation Army is widely known for is its thrift stores, but the Farmington location is stepping out of that shadow, with plans to turn its old thrift shop into a resource center that will help uplift families, seniors, and the homeless.

The first step in that process was a new coat of paint for the Salvation Army’s church said Deacon Dean, the Farmington locations administrative assistant.

“Our idea behind painting the church – we’re going to be landscaping, we’re going to be putting some murals from Luke Paul on the walls, is to revitalize this corner, basically our campaign is called take back the corner,” said Dean.

Dean hopes that this small change will have a big impact.

“Eventually, what we would like to do is see the whole street get revitalized and take back Broadway so that its part of the community again,” said Dean. 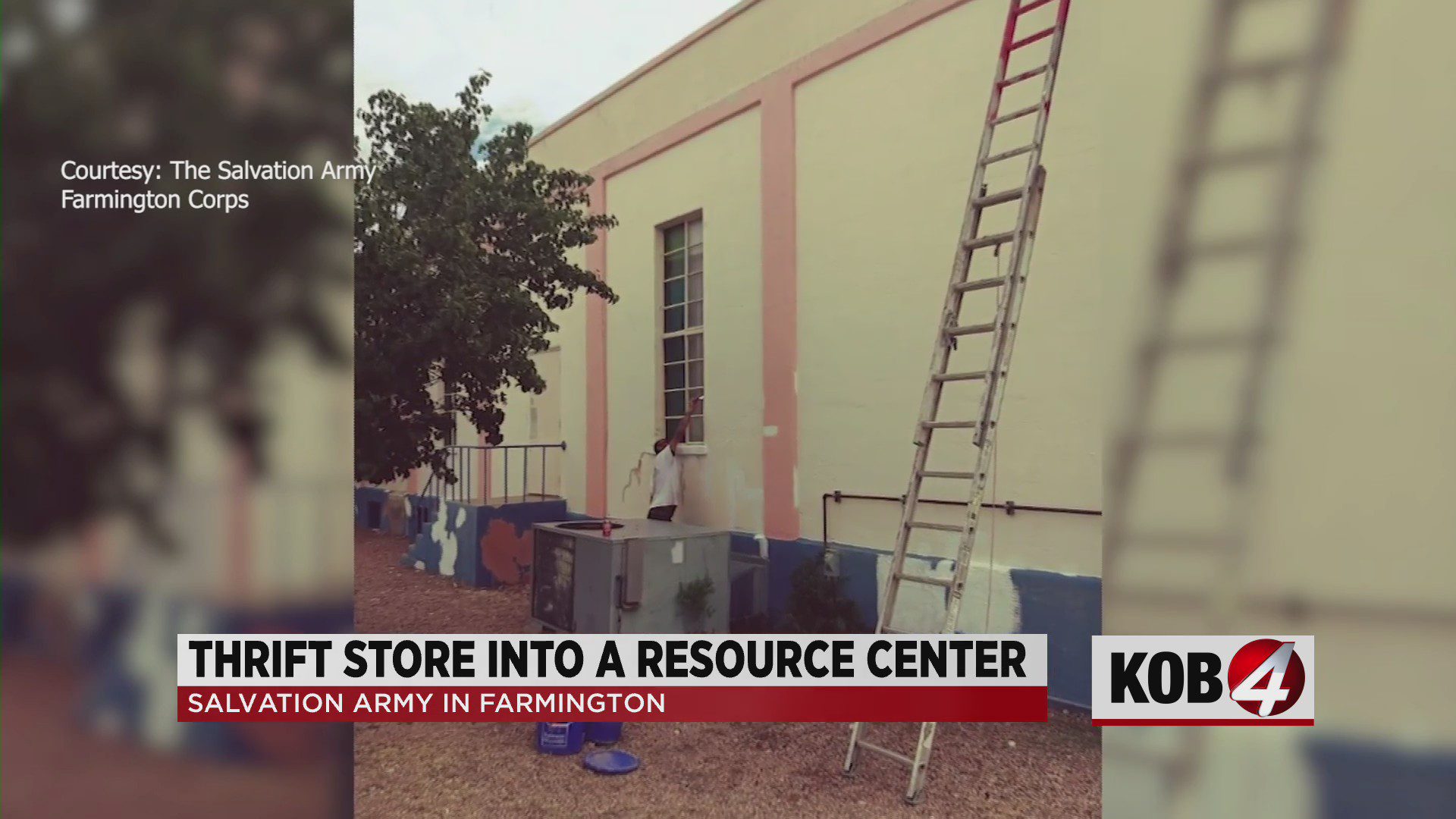 But there are also changes happening on the inside, plans to turn what was a thrift store into a resource center for folks in need.

“Now we give clothes away you know we are in a process of we have plans drawn up to basically have about seven to eight offices in there,” Deacon Dean went on to say. “We are going to have a lounge area where they can charge their phones read a book get on a computer to put in job applications in.”

These plans are to help better meet the growing needs in the community.

“The number of people that we serve every day has more than tripled maybe quadrupled since I’d say the last six months. It’s gotten extremely bad where we are serving a lot of people, we also do snack bags and hygiene kits for the homeless and that’s probably gone up 10-fold,” Dean said.

Dean added that they hope to build a place where those struggling can feel uplifted.

“You put on a new outfit and you feel really good about yourself well that’s what we want to do with them, get them a brand-new outfit get them a whole new look, clean them up, and that way they feel good about themselves – building self-esteem,” he said.

Dean said, although these projects could take a couple of years to complete, they do have multiple free services such as free clothing and food boxes they are offering now.

And that they are also in need of volunteers for their holiday events such as providing meals for the homeless for Thanksgiving and bell ringers for this Christmas season.