ALBUQUERQUE, N.M. – A public list is part of the FBI’s latest effort to find 183 Native Americans who went missing across New Mexico and the Navajo Nation.

“Overall, if you were trying to capture the problem of people that are coming on and going off the list, it is actually identical,” FBI Intelligence Analyst Don Metzmeier said.

Supervisory Intelligence Analyst Ryan Summers said it is important to note that the current numbers only reflect a snapshot in time.

“We’ve only really been compiling and pushing this list out to the public for the last few months,” he said. “So it’s a very short window, at this point, that we’ve been looking at it. So that’s not to say that two years from now that we may be looking at a different, you know, strata of gender ratios on that public list.” 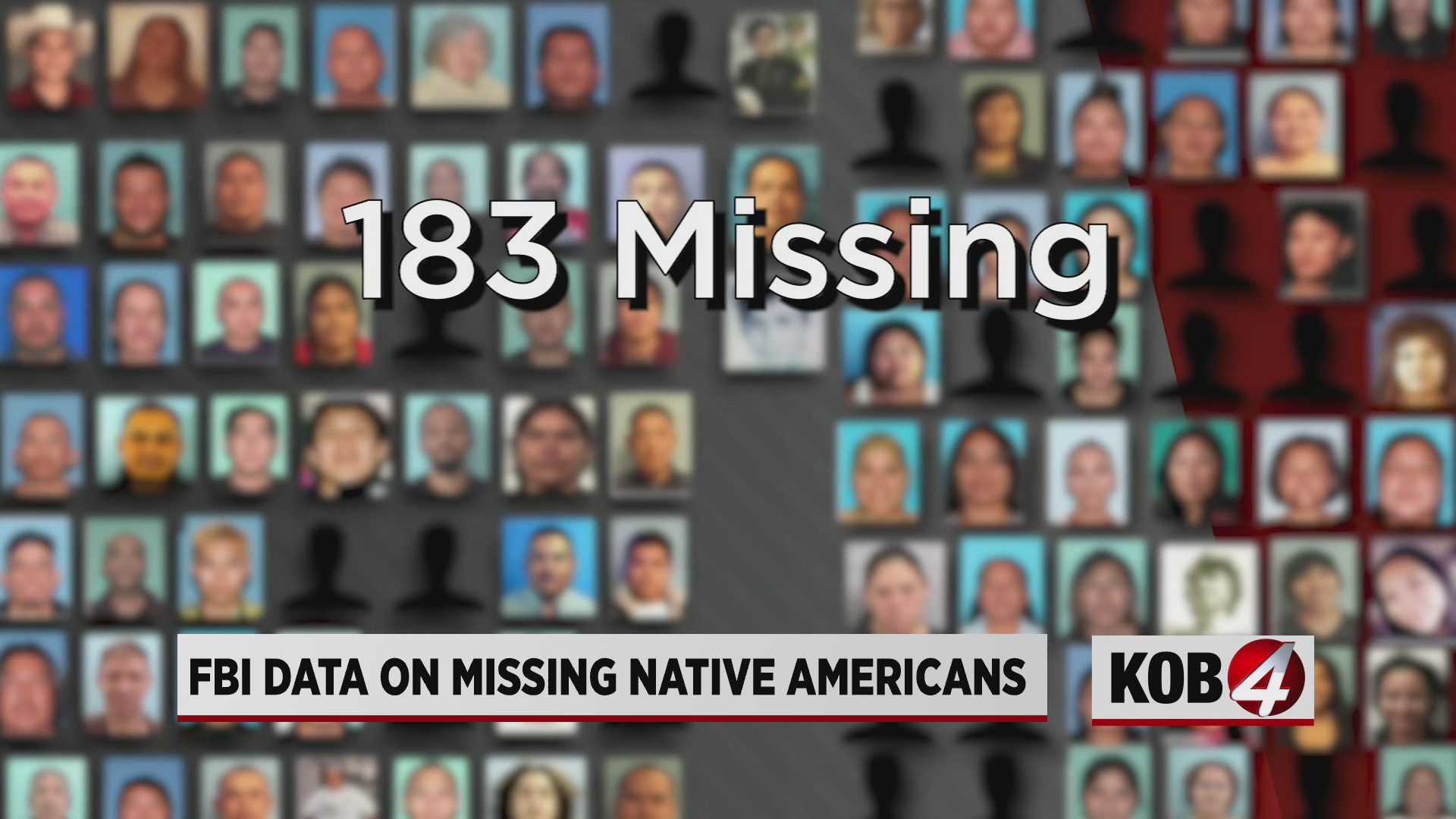 Some cases date back to the 1980s, but even decades later, Summers and Metzmeier said those families have not given up hope.

“Those long term missing ones, those are some of the more painful cases out there,” Summers said. “Those families have really painful stories. We’ve listened to a lot of those during these tribal consultations and listening sessions. Those are the ones that, you know, I really want to try to generate some more investigative leads and tips so that we can help find some resolution for the families.”

Summers said the list not only allows the public to track the FBI’s progress with these cases in real-time, but it also boosts the bureau’s transparency, accountability and gives people an opportunity to reach out with any tips they might have.

“We need the public to be able to trust the data that’s there,” he said. “We need them to provide information to us about names that are on this list. We need them to know that if their loved one is not on this list, that they need to report that to their local law enforcement agency.”

Meanwhile, the Department of Justice recently announced $246 million in grants for tribal nations across the U.S. Close to $4.8 million, or just under 2%, will be used to improve public safety and serve crime victims across New Mexico.

With these changes, multiple federal government agencies are working together toward common goals: protecting Native Americans, comforting grieving families and bringing the number of missing and murdered indigenous people to zero.

“That’s the ultimate goal, is to bring the list down,” Metzmeier said. “Each of those individuals that are on there, there’s a story, and what we’re trying to also do by putting them on the list is saying to the victims’ families, ‘we hear you, we acknowledge that your family members missing, we validate that family member’s missing, and we’re trying to use our resources to help come up with a resolution to that.’”

The FBI asks anyone with information on missing individuals, or those who wish to add someone’s name to the list, to call 1-800-CALL-FBI or the New Mexico Attorney General’s Office.

Click here to view the full list of Native Americans verified as missing throughout New Mexico and the Navajo Nation.